How an Indigenous music residency 'changed everything' for Celeigh Cardinal

Celeigh Cardinal's album is nominated for the Juno Award for Indigenous Music Album of the Year. The artwork for the album was shot from her downtown apartment, with many of the songs written on the piano right beside the couch on the cover art. 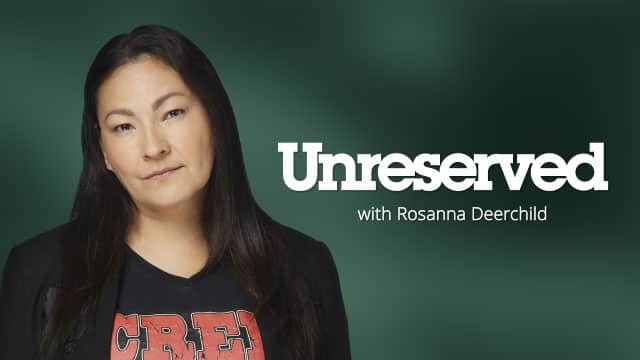 Unreserved7:07How an Indigenous music residency 'changed everything' for Celeigh Cardinal

As a breakup record, Celeigh Cardinal tried not to be too mean on her latest release, Stories from a Downtown Apartment.

"Sometimes, I just couldn't help it," Cardinal said, surrounded by the buildings and the area she wrote about, in downtown Edmonton.

Cardinal's album is nominated for the Juno Award for Indigenous Music Album of the Year. The artwork for the album was shot from her downtown apartment, with many of the songs written on the piano right beside the couch on the cover art.

"People relate to my songwriting because I'm very literal," Cardinal said. "One of the songs on the album is called I Don't Want to Know You Anymore, and that's what the whole song is about."

That song is one of Cardinal's favourites on the record, one that she remembers writing on that piano, staring out the window "and probably crying while I wrote it because I was letting go of somebody that I didn't want to let go of."

Cardinal said there's deeper meaning in her literal songs, too — and that, accompanied with her big voice, is a winning combo on her album packed with power ballads.

The voice has been there for a long while, but Cardinal said her songwriting took off after spending some time at an Indigenous music residency through Manitoba Music. It was there she met musicians including Sebastian Gaskin, Wolf Saga, Leela Gilday and Kinnie Starr.

"That group of people alone have absolutely changed everything," she said.

As the Junos nominations approached, Cardinal had the announcement date circled on her calendar. She was anxious to find out whether her work would be recognized for a long while — but the night before the announcement, she came to terms with the outcome, regardless of what it was.

But she did get that nomination — to her surprise. "I was in absolute disbelief," she said.

Perhaps just as surprised was her mom, who screamed when Cardinal told her over the phone. Cardinal has been co-parenting her son with her mother, who helps a lot, especially with her hectic travel schedule.

With all the sacrifices her mother and her son have made for her, this nomination felt extra special.

"This is kind of like a family investment at this point," Cardinal said. "Just the nomination is a win, and it's for my whole family."