Elizabeth LaPensée didn't see Indigenous people portrayed accurately in comics, so she wrote her own

Elizabeth LaPensée didn't see herself in the pages of the comics and games she loved as a child, so she set out to put more Indigenous people on the page. 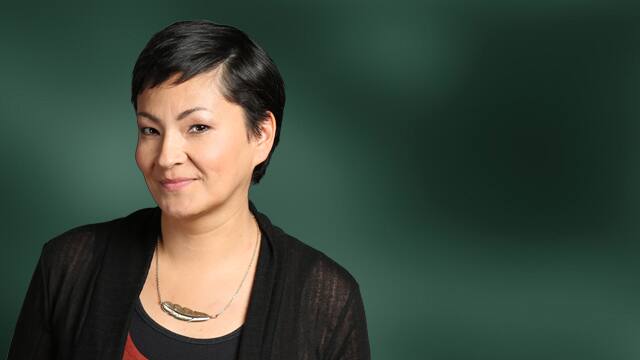 Unreserved5:52Elizabeth LaPensée didn't see Indigenous people portrayed accurately in comics, so she wrote her own

When she was a little girl playing video games and reading comics, Elizabeth LaPensée didn't see herself reflected.

So, she resolved to change that.

LaPensée, who is Anishinaabe and Métis,  is a professor in the department of media and information at Michigan State University. She makes video games, comics and edits anthologies to promote the work of other Indigenous creators.

She was at Indigenous Comic Con sharing her love of games and comics and explained whey they are the perfect medium to tell her stories.

"English became a real wall for me, in how I wanted to express myself," she recalled.

"There was certain ways or forms that just could not be conveyed through [the English] language and so comics and visualizing was a natural step then for me to be able to better portray myself."

Her love of comics also threads through her video games. Her latest project is called, When Rivers Were Trails, and is in 2D artwork that requires players to interact with a map to make their way through the game. The characters, all from various nations, were written by 24 Indigenous writers.

"It has been really important to have Indigenous writers who are from those nations representing themselves through this game."

"At the very least we are building more capacity and more awareness that [Indigenous] people should be involved, preferably from the beginning of the project," she said.

But LaPensée ultimately wants to see Indigenous people as the lead artists, designers, writers, and contributors that are paid equally.

"The more we are collecting together and we are communicating with one another and creating space in that way, the more that's echoing to other industries that this is important."

She said Indigenous space is important in creating those relationships and that her favourite part of Indigenous Comic Con is simply being able to hang out with other Indigenous creators.

"Most often when you go to conferences at some point you do feel like you are on display," she said.

"Whereas at an event that is Indigenous created, you really are in a space you can talk about all of the dreams that could come about, with all of the work that can unfold between everyone there."