Appreciating culture: Treaty payments, problematic colouring books and getting back to the land

Summer is a time to celebrate the treaties signed by First Nations and Canada. It's a time to reflect on our relationship, honour our forefathers who thought of the generations after them. 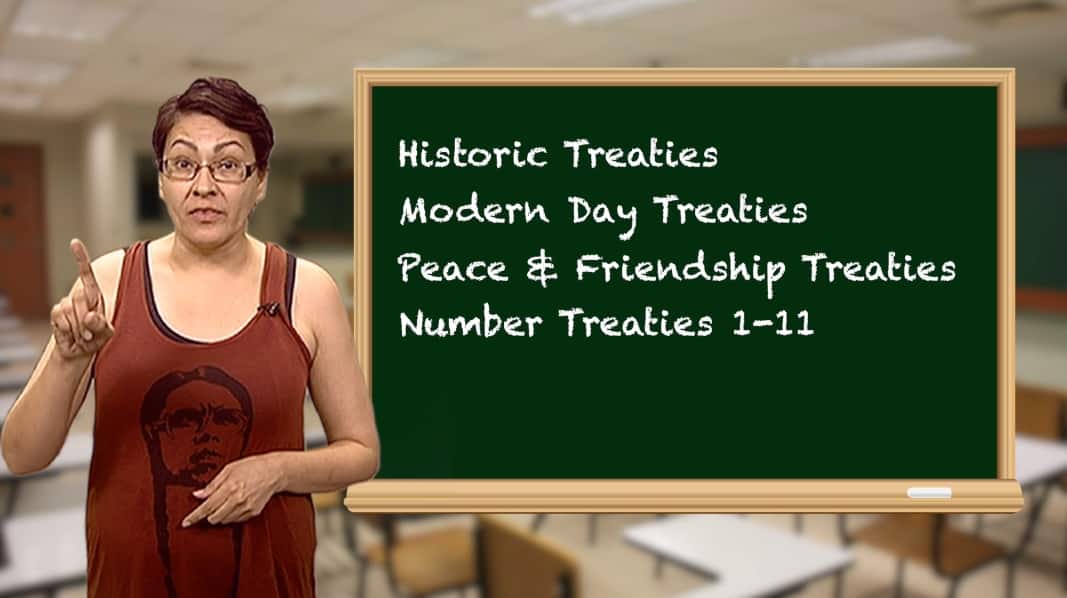 Treaties with Indigenous people in Canada

5 years agoVideo
2:41
Everything you wanted to know about treaties but were afraid to ask. Not really... but here is brief explainer about treaties, we like to call Treaty 101 2:41

Unreserved40:52Appreciating culture: Treaty payments, problematic colouring books and getting back to the land
Summer is a time to celebrate the treaties signed by First Nations and Canada. It's a time to reflect on our relationship, honour our forefathers who thought of the generations after them.

Also. We get five bucks a year.

Treaties are constitutionally recognized agreements that set out the terms and conditions of the relationship between the Crown and First Nations so that settlers may coexist with Indigenous peoples in sharing this land.

In other words, the government made a bunch of promises to some First Nations in exchange for lands and resources. But back to that five dollars...

Treaty money is usually collected in person during Treaty Days. An Indigenous Affairs employee verifies your identity and hands a crisp new five dollar bill to an RCMP member dressed in formal red serge. The RCMP officer then passes the money to you and shakes your hand.

Way back in the day that five dollars could go a long way. But these days — not so much These days the annuity payment is symbolic. It reminds us of the relationship between Canada and First Peoples. A reminder that our history is a shared one and that without treaties there would be no Canada.

Here's what's on the show this week:

Rosanna Deerchild heads to Treaty Days in Winnipeg to find out if people know how much — and how often — treaty money is collected.

On a recent trip to her local farmers' market, poet and broadcaster Janet Rogers was a little surprised to see a non-Indigenous artist selling work in the Northwest Coast style. That set her on a journey to find out how much protection Indigenous artists in Canada have from cultural appropriation and the economic losses that go along with it.

Serpent River First Nation sits between Sault Ste. Marie and Sudbury, Ontario along the north channel of Lake Huron. That's where Isaac Murdoch helps run the Onaman Collective — a group of traditional resource people and artists. Their goal is to share their heritage with people looking to strengthen or maintain a traditional way of life. But they also teach those without much background in their own traditions.

Trent Seymour is a young fastball player — who was a rising star — until a stray bullet almost ended his dreams. The teen is from the Lheidli T'enneh reserve near Prince George, B.C. He spent weeks recovering and now he's making a remarkable comeback. Not as a player, but as Canada's first paraplegic umpire.
This week's Playlist:
Buffy Sainte-Marie - Carry It On
A Tribe Called Red - Halluci Nation
Kinnie Starr - Save Our Waters
Inez - Stick Game Jam