For years, Toronto's Gay Village worried a serial killer was in their midst. Men were disappearing from the neighbourhood but police insisted there was no evidence of foul play. Then, in January 2018, police arrested Bruce McArthur for the murders of eight men. Police are now re-opening dozens of unsolved murders from the Village, dating back to 1975. Journalist Justin Ling has covered this story for over five years and now he's going back to shed light on these long-forgotten murders.

"The Village is as much a gesture toward healing as it is a work of investigation; its focus is on the victims, their loved ones, the police, and the community, not on McArthur and the murders. The care that Ling brings to the story elevates it beyond true crime; what's being uncovered isn't a culprit but a history." - The New Yorker 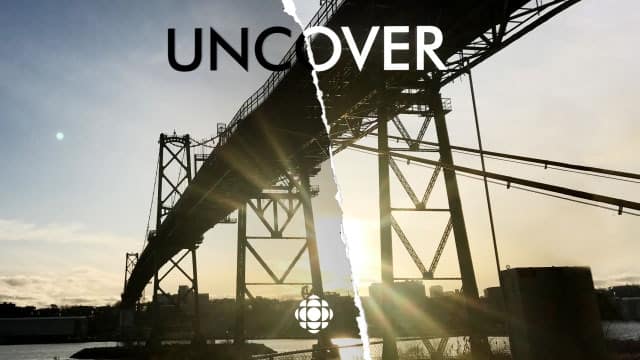 Uncover3:53S3: The Village - Trailer
For The Village, Uncover season 3, host Justin Ling explores the numerous cases of missing and murdered men in Toronto's gay community, dating back to the 1970s. What social forces allowed these cases to go unsolved, or even unnoticed? Uncover40:04S3 "The Village" E1: How Can You Not See This?
The Village, Episode 1 - In 2010, men with similar characteristics start mysteriously disappearing from Toronto's gay village. They are all linked to one man. Investigative journalist Justin Ling follows the case as friends search for loved ones and police provide few answers. Uncover43:41S3 "The Village" E2: Shame and Blame
The Village, Episode 2 - The community rallies as more men go missing and frustration and anger build. An anonymous source reveals how close police come to catching a serial killer, then let him go. Uncover54:10S3 "The Village" E3: Meet Me Under The Clock
The Village, Episode 3 - A string of unsolved murders in the 1970s share a disturbing pattern. A retired homicide detective has regrets about not solving one case: he had evidence and a sketch. But a victim's sister says police had blind spots when the victims were gay. Uncover48:26S3 "The Village" E4: Do. Your. Job.
The Village, Episode 4 - The head of the Toronto Police cold case team insists the historic, unsolved murders were fully investigated at the time. But Justin discovers otherwise, and learns these men lived and died in a time of no rights, and no protection, including from police. Uncover46:23S3 "The Village" E5: Last Call At David's Disco
The Village, Episode 5 - Justin traces Sandy Leblanc's steps from beloved brother with humble beginnings to well-known discoteque owner in the Village's burgeoning club scene. When he's killed, rumours are rampant about who was responsible. Uncover47:16S3 "The Village" E6: Getting Away With Murder
The Village, Episode 6 - The American police who investigated Mark's murder open their files to Justin, who learns Mark's and Sandy's deaths were connected, in an unexpected way. A retired beat cop who worked the Village in the 70s shares his suspicion about who murdered Sandy. Uncover54:01S3 "The Village" E7: Out Of The Closet
The Village, Episode 7 - When close to 300 men are arrested in one night in Operation Soap, Toronto's largest bathhouse raid, the queer community rises up against what they see as decades of police repression. An internal struggle in the force keeps murders unsolved. Uncover42:38S3 "The Village" E8: A Confession
The Village, Episode 8 - Toronto's queer community comes to grips with the truth about Bruce McArthur's crimes and pushes for changes in how violence against marginalized people is handled by police. The Toronto police cold case team has some answers in the 23 re-opened cases. Uncover47:37S3 "The Village" E9 Bonus: The Justice Project
The Village, Bonus Episode - Trans women of colour in Detroit are confronting an epidemic of violence with the support of The Justice Project, a task force that investigates and prosecutes serious crimes against LGBTQ people. After aspiring designer and dancer Kelly Stough is murdered in Detroit, they take on her case.