Throughout the 1980s, Satanic cults were widely believed to be terrorizing and torturing children. Across North America, there were hundreds of false allegations, scores of criminal trials and countless lives torn apart, but never any real proof. Here's why that fear spread.

A bizarre and disturbing phenomenon swept North America in the 1980s.

In towns and cities across the U.S. and Canada, rumours spread of Satanic cults torturing and terrorizing children, inflicting physical, emotional and sexual abuse, despite a lack of evidence. Hundreds of thousands of charges were laid; there were scores of prosecutions, dozens of convictions and decades of prison time.

Uncover: Satanic Panic explores what happens when moral righteousness outweighs fact, and how our best intentions can lead to tragic consequences.

Season 6 of the Uncover series is a cautionary tale rooted in one tiny prairie town: Martensville, Sask. Nearly 30 years later, locals are still picking up the pieces after living through what's been dubbed "The Martensville Nightmare."

Host and producer Lisa Bryn Rundle spoke with CBC Podcasts about the making of Season 6 of Uncover. Here is part of that conversation.

How did those affected by "The Martensville Nightmare" react when you approached them about the podcast?

That depends who you're talking about.

The very first thing I did after stumbling on the story was to call up a guy named John Popowich. He was one of the falsely accused people in the Martensville case—charged with these horrible crimes against children. Ultimately, he was fully exonerated and the province gave him an official apology.

I produced an interview with him for the CBC Radio show Out in the Open, and because he'd been willing to talk about it all, I thought others would be too. But I was really wrong about that.

One of the next people I contacted not only didn't want to participate herself, but didn't want the case revisited at all, by anyone. I realized pretty soon that John was the exception. Lots and lots of people I reached out to insisted that it was better to leave it all buried, which is essentially what's happened over the last few decades. And that made me want to understand why after nearly 30 years it's still such a tough thing to look at and talk about. 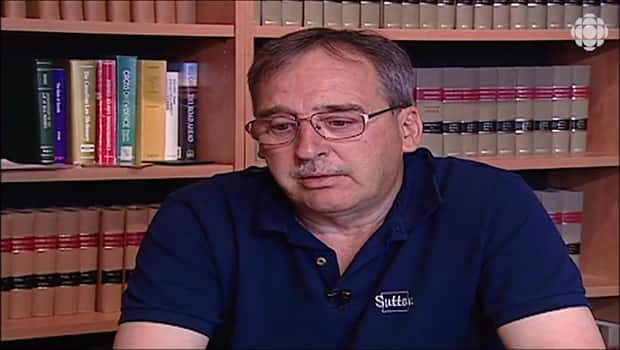 2 years agoVideo
2:24
In June 2002, the Saskatchewan government settled out of court with John Popowich. Popowich was charged in 1992 with sexual assault in the Martensville child abuse investigation. He was acquitted at trial and launched a civil suit accusing authorities of malicious prosecution. This CBC News item originally aired on June 18, 2002. 2:24

Why tell this story now?

In part I think it's important to tell this story now because it's been so successfully buried. People who didn't live through the time of "Satanic Panic" may well never have heard of it. Or they've heard about other aspects of the hysteria—like the fear that there were secret messages about Satan in popular music—but not about the much more complex and deeply tragic legacy of the satanic ritual abuse panic.

The legacy of the panic is still with us today. But if we don't talk about it, we can't see that.- Lisa Bryn Rundle, host and producer of Uncover: Satanic Panic

And the thing is, the legacy of the panic is still with us today. But if we don't talk about it, we can't see that. Not to mention the contemporary resonance that makes learning whatever we can from it all feel particularly urgent.

What's the value in dredging up the past this way? Do you worry about what re-living this story might do for those involved?

Dredging might be how it feels to some. But the flip side of that question is, what damage is done by keeping it all hidden from view? And who is suffering because of that? As I dug into the story, I became more and more aware of the extent of that damage. There are so many people who've been left with a deep and unresolved pain from all this. This story needs to be told. And my hope is that in doing so we're contributing in some way to some collective processing and, if possible, healing.

I do worry about all the people affected by this story, those who participated in the podcast and those who didn't, too. It was a painful, divisive time back when "The Martensville Nightmare" was in full swing, and it remains painful and divisive now.

I really respect the decision of those who chose not to give interviews. It's got to be the right time. I think for people who did want to talk, having their experience of the story heard can be a really powerful thing, even as it's emotionally challenging to revisit painful things and talk about them publicly. And I do believe there's a real public good in hearing the perspectives of people who lived through it all and I think that's part of what motivated many of the people we spoke with to share their stories.

Do you think it's possible that we could see another mass panic like this in our lifetime?

I'm of two minds. On the one hand, we've seen lots of hysterias in the past—everything from the Salem Witch Trials to the Red Scare—and there's no reason to think we won't see more in the future.

We're living through a time of huge uncertainty ... environmental devastation, life-threatening viruses spreading across the globe. The daily news can feel a bit like dispatches from the apocalypse.

It's during times of uncertainty and rapid change that we're most vulnerable to having fear, anxiety and misinformation take over on a large scale.- Lisa Bryn Rundle, host and producer of Uncover: Satanic Panic

One way or another, we're going to be going through a whole lot of change in the coming years. And it's during times of uncertainty and rapid change that we're most vulnerable to having fear, anxiety and misinformation take over on a large scale. That's part of why a deeper understanding of how a hysteria works is not a bad thing for people to have.

But on the other hand, we have checks and balances that are in place to make sure that even when we're gripped by fear, we still have things like a fair and factual media, a legal system based on fact and reason, and so on. If the checks and balances are working as they should, and if as a culture we value things like critical thinking and reserving judgment over jumping to conclusions and making vast generalizations, then whenever the next hysteria does strike, it can be nipped in the bud.

We may call it mass hysteria but individuals do play a role in helping halt or spur on a panic and my personal takeaway from all this is to be cautious—disciplined when it comes to assumptions and leaps of logic—but not afraid.

Hear the full series for free at cbc.ca/uncover or on your favourite podcast app—including Apple Podcasts, Google Podcasts and Spotify. And if you're new to podcasts, start here.

Q&A edited for length and clarity. Produced by Émilie Quesnel.