The B.C.-raised author spoke with Shelagh Rogers about writing her sophomore novel. 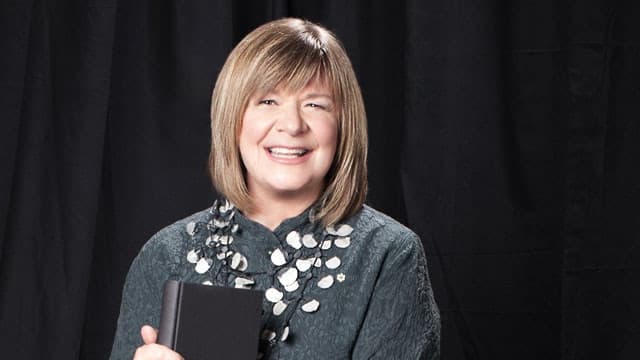 The Next Chapter12:36Marjorie Celona on How a Woman Becomes a Lake

Marjorie Celona is an American-Canadian writer originally from British Columbia. She is also the author of the novel Y, which won France's Grand Prix Littéraire de l'Héroïne for best foreign novel and was nominated for the 2012 Scotiabank Giller Prize and the Amazon.ca First Novel Award.

In her latest novel, How a Woman Becomes a Lake, it's New Year's Day in a small fishing town called Whale Bay. A woman named Vera goes missing — which sets off a chain of suspicion.

Celona spoke with Shelagh Rogers about writing How a Woman Becomes a Lake.

"I was living in Iowa City when I started this novel. It started as a short story, one really cold snowy winter in Iowa City — and I mean cold. I wrote a story about a boy who tries to drown his father on an ice-covered lake after discovering that his father has a new girlfriend.

It was a cold little story, written while being very cold, and no one would publish it. So naturally I decided to turn it into a novel.

"Definitely not my happiest story, but surrounded by all that snow and ice I felt that I had to write about it. I felt that somebody had to fall through it.

"This story ended up being about 19 pages long. It ended with the boy as a man reflecting on the fact that he hadn't spoken to his father for a long time and he had become a hardened person. It was a cold little story, written while being very cold, and no one would publish it. So naturally I decided to turn it into a novel."

"When you grow up in a place like Vancouver Island, it sticks with you. It stays in your bones. No matter where I was, I was always dreaming of the water and always wanting to get back to the water.

When you grow up in a place like Vancouver Island, it sticks with you. It stays in your bones.

"I had this image of somebody falling through a lake and the shape it created was a circle. I wanted the structure of the novel to be circular in that way — and that everything would revolve around that one event. There's a lot of circular imagery in the novel. One of the characters is a goldsmith and he makes rings and there are several discussions about what the rings look like and how he actually makes them.

I just had this image of somebody falling through a lake and the shape that it created was a circle.

Marjorie Celona's comments have been edited for length and clarity.