Rona Ambrose 'in communication' with Kevin O'Leary on leadership bid

Celebrity businessman Kevin O'Leary is having conversations with interim Conservative Leader Rona Ambrose, continuing his informal moves behind the scenes at a bid for the Conservative leadership.

'We want this to be a very active race, and we want people from outside of the party and inside the party'

Celebrity businessman Kevin O'Leary is having conversations with interim Conservative Leader Rona Ambrose, continuing his informal moves behind the scenes at a bid for the Conservative leadership.

"We've been in communication," Ambrose confirmed in an interview airing Saturday with Chris Hall on CBC Radio's The House.

"Some have already started informally campaigning and exploring what a candidacy might look like for them, and I've encouraged them to do that."

O'Leary raised eyebrows this week with his offer to invest a million dollars in Alberta's oilpatch if NDP Premier Rachel Notley stepped aside. 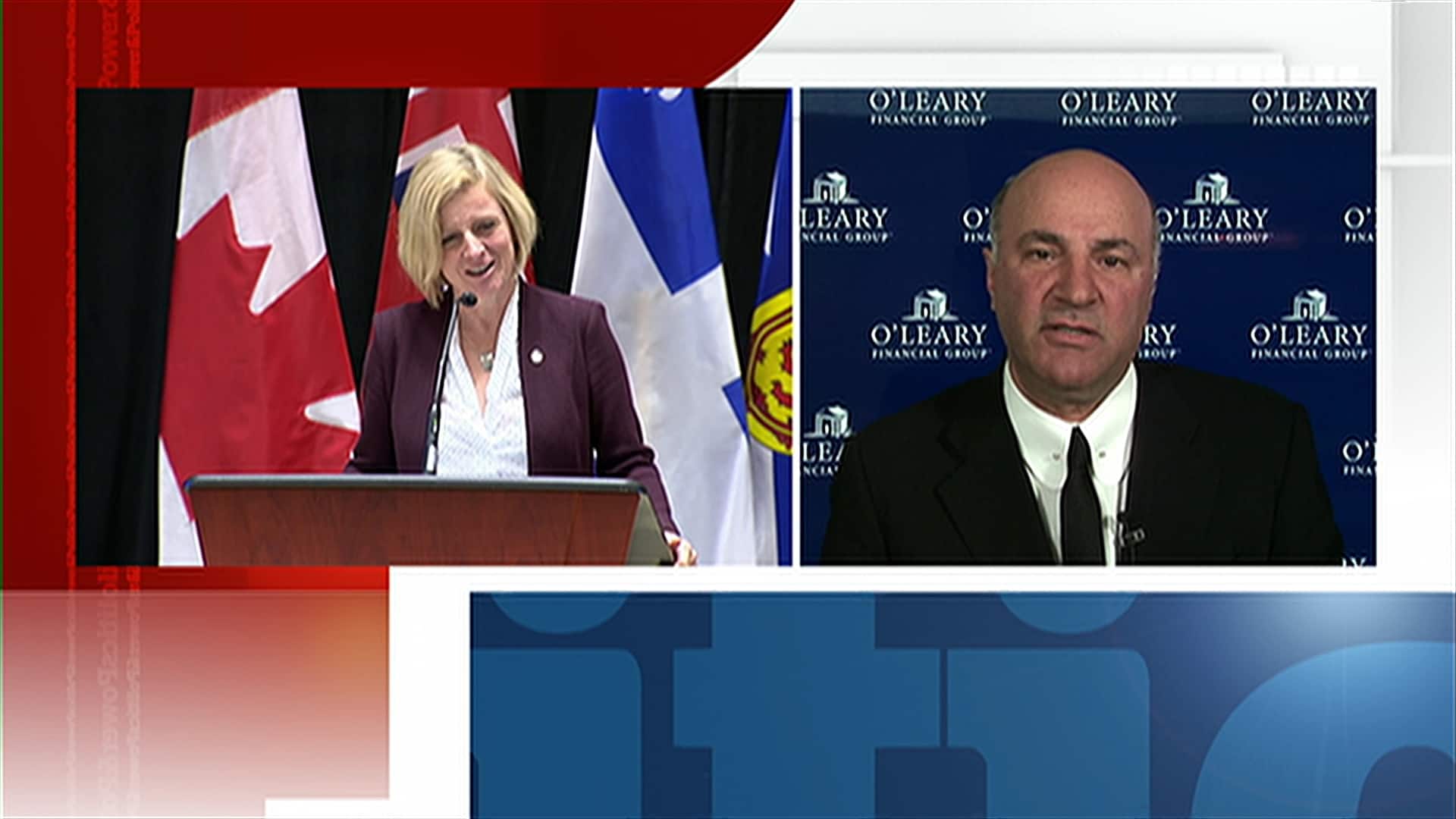 Ambrose said O'Leary is welcome to do so.

"Kevin O'Leary is someone who believes in smaller government, lower taxes, he calls himself a Conservative and he's welcome to run in the race," she said.

"We want this to be a very active race, and we want people from outside of the party and inside the party," she added.

Ambrose said she didn't know what O'Leary would do, but said there's a number of "very interesting people" considering a run.

"I've talked to a lot of people, but I'll keep that to myself."

For now, the Conservative Party has made a deliberate decision not to rush the process of finding a permanent leader, Ambrose said.

"This is the first time we've had a leadership race in 10 years," she said. "There's not one person who has said to me, let's do this quickly — and that includes every single hopeful leader."

Ambrose said she is listening to feedback from potential candidates and sharing that with the leadership election organizing committee.

"They'll set the ground rules, so we'll know very soon what the timing will be and then leadership candidates can get out there and start campaigning," she said.