Time for action from feds on Bombardier, Quebec minister says

Quebec's Economic Development, Innovation and Trade Minister says the time has come for the government to come to the table with cash for ailing aerospace company Bombardier Inc.

Quebec's economic development, innovation and trade minister says the time has come for Ottawa to come to the table with cash for ailing aerospace company Bombardier Inc.

The Montreal-based firm announced Wednesday that it was laying off some 7,000 of its workers, including nearly 3,000 in Canada.

At the same time, the country's largest carrier, Air Canada, announced that it would purchase up to 45 of the company's new C-Series jets, an important shot in the arm for the plane program that has had trouble finding customers.

The company has asked for financial support from the federal government to address ongoing cash flow issues. The government of Quebec has already chipped in more than a $1 billion.

Feds should have acted 'yesterday'

The minister said she has seen positive signs from her federal counterpart, Navdeep Bains, the federal minister for innovation, science and economic development.

"I really think [the federal Liberals] understand the issue and I think also they know what's at stake: the number of people working in this industry across the country," the Montreal area MLA said. "I think they're listening, now we need some action. I hope as soon as possible. Like yesterday."

Quebec Premier Phillippe Couillard said this week that investing in Bombardier is a "no-brainer" for the feds.

"There is no way — no way — that the federal government should not invest in Bombardier, in the C-Series. If the auto industry has been supported by taxpayer money, which is fine, then the aeronautical industry of Montreal needs also to be supported."

Anglade also said that investing in the company is not about scoring political points with the Montreal electorate, even though the area is fertile ground for both the federal and provincial Liberals.

She also batted away recent comments from Saskatchewan Premier Brad Wall earlier, who said that any federal investment in Bombardier should be combined with a bailout for the country's struggling oil and gas industry.

"If the federal government is considering a $1-billion bailout to address 2,830 Canadian job losses at Bombardier, what about the tens of thousands of job losses in Canada's energy sector?" Wall said.

Anglade said that is a decision for the federal government to make, but she said it shouldn't be about picking one or the other.

"I don't think it's about bargaining right now. It's about looking at the future and where the future of the country lies. If it lies in innovation, if it lies in technology, if it lies in sectors that are really growing then that's where we should be investing our money." 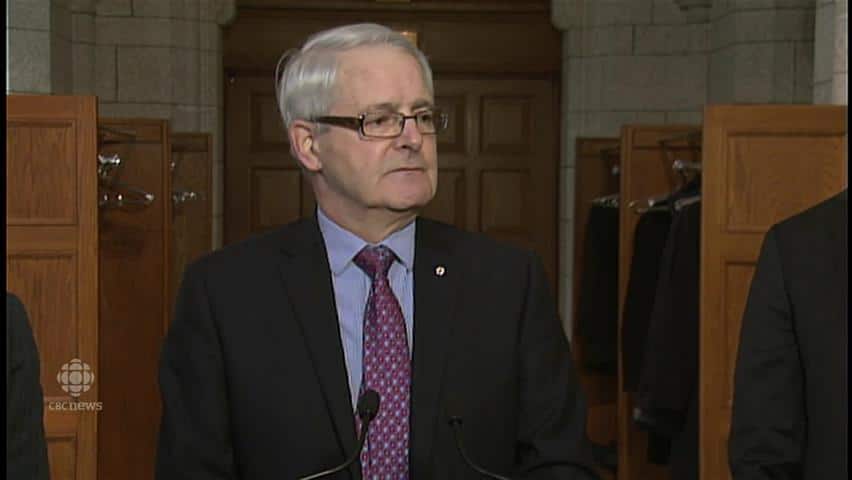 Canada also stands to benefit financially from its investment in Bombardier, the minister said, because it would take an ownership stake in a company that is in the midst of a dramatic turnaround.

"The company going through a restructuring right now. The new CEO is saying that he's putting all the elements in place to build the company for the future," she said.

"They're realizing right now, if anything, it's a better deal for them because now we have orders coming from Air Canada, supporting the C-series, billions are being invested. It's probably a good time to join."

"You invest as a partner, you become a partner with stock that you can actually get money out of it. An equity position. That's really first and foremost what you can expect but then you can expect have jobs that are created associated with the C-Series," she said.