In House panelists Rosemary Barton, host of Power & Politics, and Emmanuelle Latraverse, Radio-Canada’s parliamentary bureau chief, break down the outcome of Mike Duffy’s trial, and look ahead to how discussions surrounding the government’s new physician-assisted dying bill will unfold.

In House panelists Rosemary Barton, host of Power & Politics, and Emmanuelle Latraverse, Radio-Canada's parliamentary bureau chief, break down the outcome of Mike Duffy's trial, and look ahead to how discussions surrounding the government's new physician-assisted dying bill will unfold.

Terry Milewski:What should we be taking out of all of the outcome of the Duffy trial?

Rosemary Barton: First of all, it is not the same place as when he left. There are people who were partisans who have become independents and there are these new independents who were just named by the government. Even where he sits has been changed. Everything will look different.

Does he want to be back inside the Conservative caucus? I think that would be a good question to ask Senator Duffy going forward. Also, what happens to the money is a big issue. It's an issue that goes beyond Duffy. It goes to other senators as well who may have already paid back money or may have to pay back money under the same kinds of arrangements that Mr. Duffy had.

Emmanuelle Latraverse: It doesn't sound too good, but at the same time these are the comments of a lawyer who has just won his case. You can take it with a grain of salt. It's also part of a strategy for lawyers to make a long list of potential witnesses and adjust as they go along. 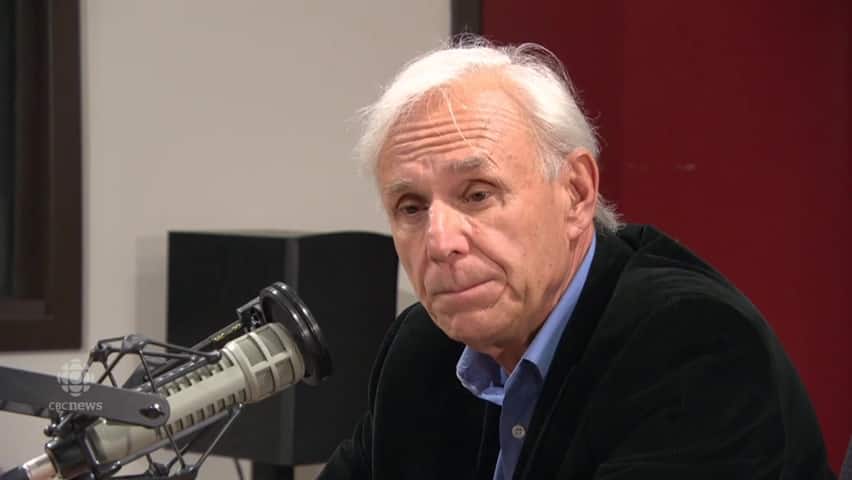 5 years agoVideo
9:39
Donald Bayne, Senator Mike Duffy's lawyer, talks with Terry Milewski about Duffy's health, his return to the Senate, and about his plans to cross-examine Stephen Harper had he been called as a witness. 9:39

TM: Do you think the scathing indictment by Judge Vaillancourt about the conduct of the PMO does lasting damage to Harper's legacy?

EL: Prime Minister Harper paid the price for this already. The Conservatives paid a heavy price for what happened during the election last October. I think what is interesting is the wider lesson for the political class. Damage control and crisis management are not a blank cheque for unelected officials to start doing anything by any means and circumventing the most basic principles of due process. The ruling tries to heighten the level of public awareness about this.

RB: Even as recently as yesterday, the Prime Minister said he doesn't really talk to senators. However, and this will be cynical of me, there may be a little naïveté on the part of the judge. He seems quite shocked at the level of 'plotting' going on in the emails to contain political damage. That is sort of what political operatives do, right? The only thing that's unusual about this instance is that we saw it.

EL: If we had the same level of emails as to what the damage control was during the sponsorship scandal in Jean Chrétien's PMO, we might all fall off our chairs too. But, I think it's fair to say the Harper government took it to a whole other level.

TM: We still have Mac Harb and Patrick Brazeau facing charges. Does this ruling suggest there are no rules in the Senate, and everything goes?

RB: I think each case is different. The person who gets the best news out of this is Patrick Brazeau. The similarities are there, given that a lot of his charges were around primary residence. Mac Harb's case is entirely different. It involves renovations to a home and all sorts of strange mortgage payments. I'm not sure he gets off scot-free here.

TM: I have one more Senate question related to the physician assisted dying legislation. It is certainly heating up the Senate with some Liberals saying it doesn't go far enough. The vote won't be whipped, so what does this all mean for the Senate moving forward?

EL: It is a huge credibility test for many reasons. One thing is this looming deadline of June 6. How can the Senate really be a chamber of sober second thought that improves a bill with this insanely tight deadline? How they play this will certainly set the tone for the beginning of rehabilitating their credibility and relevance in the public debate.

RB: For sure. Another issue with this bill is that it is so subjective. People's personal feelings around this issue will shape how they approach it. Some will dig in their heels, and if senators do that, it is going to be very problematic.