The Conservative Party has officially started turning the page on the Stephen Harper years with the selection of Rona Ambrose as interim leader. What challenges does she face? She joins us to talk about her plan to put the party on the path to success.

'This is an absolutely nonpartisan issue, it should never be political,' interim leader says

The interim leader of the Conservative Party says she will fully support an inquiry into missing and murdered indigenous women — a reversal of the Tory position when the party was in government.

"I will support it," Rona Ambrose said in an interview with Chris Hall on CBC Radio's The House, when asked directly about an inquiry. "I ran into the new justice minister [Jody Wilson-Raybould] and I told her about my passion for ending violence against women, particularly aboriginal women."

"I told her, anything I can do to help her on the issue of missing and murdered aboriginal women, I will be there. This is an absolutely nonpartisan issue, it should never be political."

In their election platform, the Liberals committed to "immediately" launch a national public inquiry into missing and murdered indigenous women and girls in Canada.

The party said it would seek recommendations from the provincial governments, law enforcement and others to help "solve these crimes and prevent future ones." It also promised to spend $40 million on the study over two years.

Harper: 'It really isn't high on our radar'

The Conservative government, under the leadership of Stephen Harper, rebuffed calls for an inquiry for years, saying that another study would do little to reduce crime or provide any tangible help for indigenous women caught up in a cycle of violence.

Harper famously said in an interview with CBC News that the issue simply wasn't a priority for his government.

"It isn't really high on our radar, to be honest.… Our ministers will continue to dialogue with those who are concerned about this," Harper said in an interview with Peter Mansbridge. "We have an awful lot of studies and information on the phenomenon." 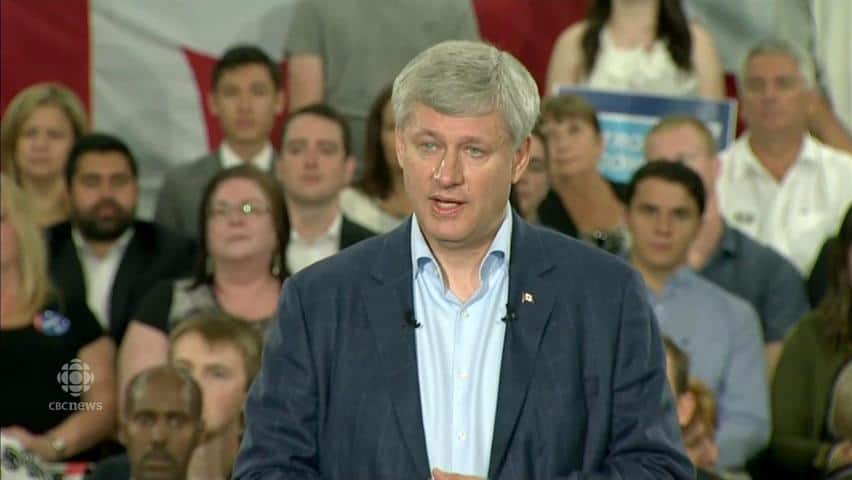 5 years ago
0:55
Conservative Leader Stephen Harper says that there are a range of measures to deal with cases of murdered and missing indigenous women when asked about the delay in the promised database. 0:55

And yet less than 48 hours after assuming the party's leadership, Ambrose is staking out a new position.

"What I've always said is — and I think it's what the position of our government was at the time — is that action was better than another study," Ambrose said.

"But, at some point, that inquiry became so wholly symbolic of this issue that I do understand why the government has decided to go forward with this."

And while her caucus will now stand in support of an inquiry, she echoed concerns raised by her former government about the effectiveness of another study on the problem.

Ambrose, who served as minister of the environment from February 2007 to January 2008, said she would "absolutely" attend the crucial UN climate change talks in Paris later this month, where world leaders are hoping to hammer out a legally binding agreement on greenhouse gas emissions.

"I think we need to be constructive, and I think [a Conservative] presence is very important," she said.

The defeated Conservative government has been internationally criticized for years as a climate policy laggard, but did put forward an aggressive target in May for cutting greenhouse gas emissions by 30 per cent from 2005 levels by 2030.

"I'm from Alberta, climate change is a very important issue to the whole country, but most particularly to Alberta and Saskatchewan, where the energy sector is doing a lot of work, and investing hundreds of millions of dollars in research and innovation to try and bring down their carbon footprint.

"They need to be supported in the work that they're doing in a proactive way to deal with this issue," Ambrose said.

Prime Minister Justin Trudeau has pledged to take all provincial premiers, and federal opposition leaders, with him to Paris if they are interested. Some have already taken him up on that offer.

Ambrose was chosen as interim leader Thursday following a vote under a preferential ballot process. 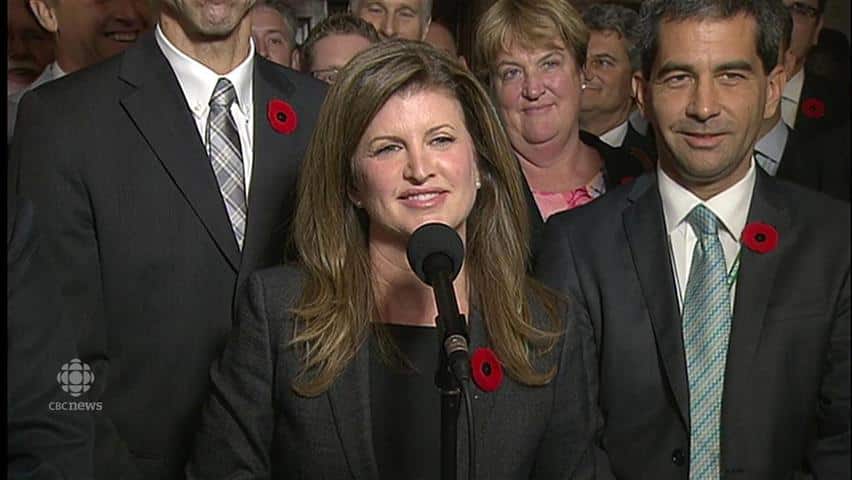 Conservative MPs and senators met behind closed doors to dissect the party's electoral loss and to map out a path to rebuild the party.

Ambrose said that part of the "new tone" for the Tories will be improving the party's relationship with the media, which reached a low toward the end of the last government when a cabinet minister accused reporters of ignoring the Syrian refugee crisis.

The interim leader's first appearance before the press, after her ascension to the top job, did little to appease critics.

Ambrose took just three questions from the reporters who had gathered outside the Conservative caucus room.

But Ambrose brushed aside those concerns, saying she had just been elected only moments before, and she had other things on her plate.

"I took a couple of questions, but I had a lot of things, a lot of people to thank, and I thought, we'll have more time for questions and that's really all it was," Ambrose said.

"I've made the commitment to be accessible to the media," she said. "And I think we have a great message for Canadians and you [the media] are the people that relay that message, and so I want to have a positive relationship with the media. I want to make myself available and talk about the good things that our party is doing, about the renewal that is under way."