Dominic LeBlanc tells Senate leadership to reconsider 'their own rules'

Minister of Democratic Institutions Maryam Monsef and Government House Leader Dominic LeBlanc explain the Liberals' approach to the Senate, and how they hope Senators will make their institution more accountable and less partisan.

The Red Chamber is facing radical change as the new Liberal government is moving quickly to upend how the Senate goes about its business and pushes its members to adopt a more non-partisan stance.

And one of those major changes could result in Liberal ministers fielding questions from senators themselves, a dramatic departure from how the two chambers have traditionally conducted themselves.

"Don't assume that the rules as they have existed for decades are necessarily the ones that should remain in the coming months and years. I will be asking the Senate leadership to look at their own rules," Government House Leader Dominic LeBlanc told CBC Radio's The House.

"Maybe they won't have the question period they've had traditionally," LeBlanc said while also acknowledging that neither he nor the government can impose changes on the Senate.

However, LeBlanc argued that he will ask senators to think outside the box, and that allowing senators to question ministers directly, in a verbal or written form, might help remove some of the partisanship from the institution.

"We think the Senate should look at a number of the rules they have to insure that there's a complete transparency in terms of expenses," LeBlanc also told The House. "It was a difficult couple of years for the Senate."

The Liberal government announced this week its plan to overhaul the Senate appointment process.

LeBlanc and the Minister of Democratic Institutions Maryam Monsef outlined how a five-member independent advisory board will be struck to make recommendations for "merit-based" candidates to sit in the Senate.

The resulting recommendations will not be binding.

"The Supreme Court of Canada was clear in its ruling. During the election campaign, Canadians were clear, they don't want us to open up the Constitution and we would doing that if the list was binding. So what we are doing is offering real change within the parameters of that Supreme Court ruling," Monsef told The House. 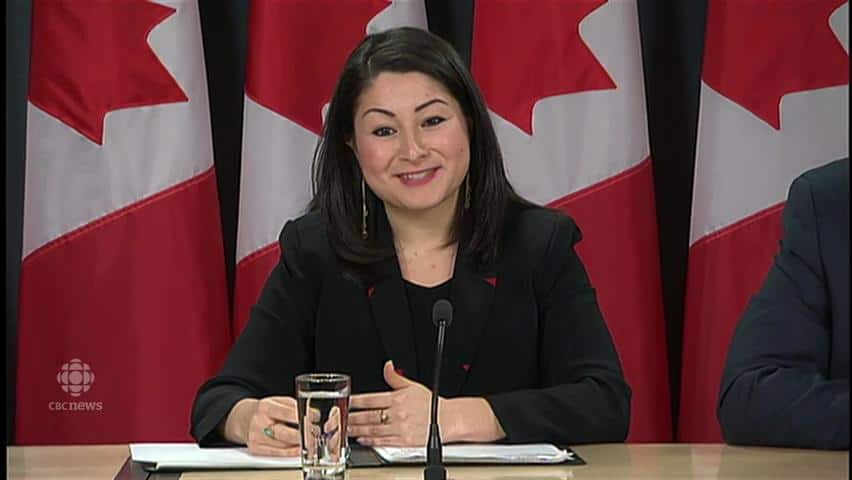 The plan quickly drew criticism from some premiers.

"The senators will still be appointed," Saskatchewan's Brad Wall said, and he repeated his criticism that, in his view, the unelected Senate does not provide equal representation of all parts of Canada.

"People may ask, 'Why is your position still abolition?' My answer to that, today, would be: It's 2015," he said. "And in 2015 I don't think any Western democracy should be relying on an appointed body to have real decision-making authority."

British Columbia Premier Christy Clark has also emerged as an early opponent of the proposed changes, announcing on Twitter that her province won't participate in the process.

Monsef said she's aware of the criticism and she's ready to work around it.

"Fortunately, we are blessed to have thousands of Canadians coast to coast coast that we can appoint to the advisory board to make sure of that regional representation is there," she said.