Is the mayor of Calgary taking issue with Justin Trudeau's message to the Davos World Economic Forum that Canada is about more than resources? Mayor Naheed Nenshi joins us from Davos. 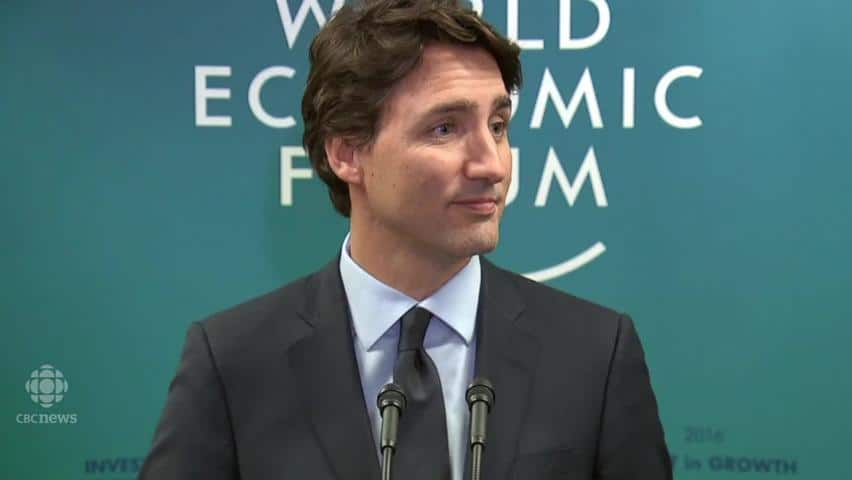 Trudeau on Energy East and what he said to DiCaprio

5 years ago
2:44
In Davos he suggests agreement can be found on pipelines and said his government is committed to a review of the environmental processes for energy infrastructure. 2:44

The House8:33Time for Justin Trudeau to take position on Energy East

Calgary's mayor says Prime Minister Justin Trudeau must finally take a stand on key pipeline projects to help the struggling energy industry get back on its feet.

"If he had come out and endorsed Energy East I would have been thrilled. I would love that," Naheed Nenshi said in an interview with Chris Hall on CBC Radio's The House.

"The prime minister said he didn't like Northern Gateway, he has said he did like Keystone. I think it's time for him to say he does like Trans Mountain and he does like Energy East," he said.

Nenshi said that the continuing uncertainty is not helpful given the broad support the pipeline enjoys from others across the political spectrum.

"If these are pipelines that the NDP premier of Alberta can agree on, these are probably ones that are pretty good."

Trudeau not definitive about Energy East

Trudeau has waffled on his support for TransCanada's pan-Canadian pipeline — which would convert an existing natural gas pipeline to one transporting crude oil — telling CBC Radio during the last federal election campaign that it would be "incorrect" to say that he currently supports the project.

But Trudeau also said he was broadly supportive of more ways to get energy resources to market above and beyond additional rail tanker capacity, something he said "nobody wants."

"I sure hope that the prime minister will speak forcefully to his mayor [Denis Coderre of Montreal] about the need for Energy East," Nenshi said, adding that Coderre's opposition to the project is premature, as it comes before the National Energy Board has even completed its study of the plan.

The prime minister said Friday that he was inspired by co-operation between Ontario and Alberta on fighting climate change, while trumpeting economic development.

"I am solidly in one camp on this one. I am very much in the camp of both premiers Wynne and Notley who demonstrated that Canada can and should work together on economic issues for all of us. That's the focus that I've always taken, collaborating, respectful, working together to solve the challenges that are facing all Canadians.

"I'm feeling very good about our capacity to indeed get our resources to market in a responsible and environmentally sustainable way," he said.

But Wynne has not yet offered her full support for the project, only saying Friday that people in Ontario "care a great deal" about the potential jobs that the proposed Energy East pipeline could create in the province and across Canada.

Nenshi added that the project should be seen as a nation-building exercise, one that can elicit support from politicians across the country. "I stood with the premier of New Brunswick [Brian Gallant] who happens to be here in Davos as well. You have someone from the West and someone from the East, talking about the importance of this project."

The proponents of the pipeline have said Energy East would secure energy independence for Canada, create thousands of jobs and add billions of tax dollars to government coffers. While detractors say transporting raw bitumen by pipeline is risky business regardless of safety measures. 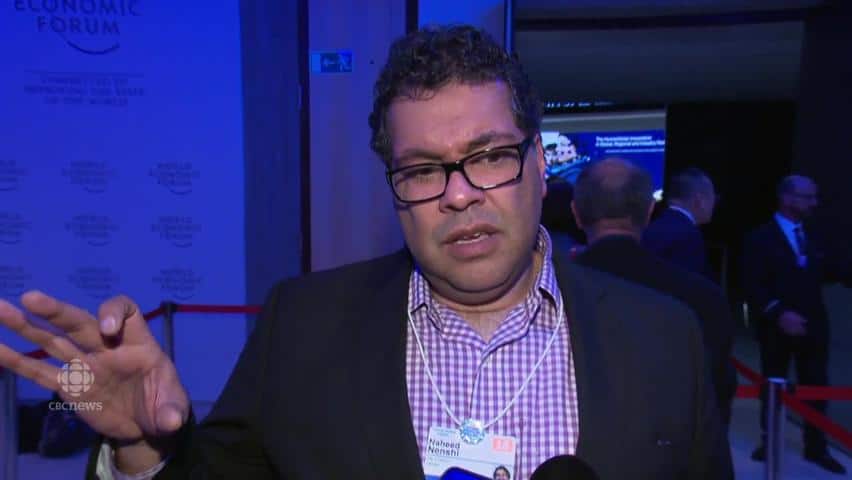 Nenshi: we are still a resource based economy

Nenshi's concerns were echoed by the federal Conservatives Friday, a party that fought for many years while in power — without success — to get a pipeline built.

"The energy sector needs someone at the federal level to step up and show initiative on the important issues of the day, like Energy East," Candice Bergen, the party's natural resource critic, said in a statement.

"The prime minister can't be saying one thing in one place, and change his tune when he's in a different province. It is not sufficient for the prime minister to support and defend Canadian oil only while socializing with American actors like Leonardo DiCaprio in a posh hotel in Davos," she said.

Politics of division is 'unhelpful'

Nenshi said he wanted Trudeau to take a stand, but he reserved most of his condemnation for Coderre, saying that his opposition could spark a national unity debate.

"I don't think it's particularly helpful that on Friday, Mayor Coderre tweeted, as though it matters, that there are more people in Montreal than there are in Saskatchewan. Is that how we build a country? This is a guy who is a former federal cabinet minister. We got to think about the nation."

Nenshi also said that Coderre's opposition on environmental grounds is questionable, given he just oversaw the dumping of billions of litres of raw sewage into the St. Lawrence River.