Finance Minister Bill Morneau explains what impact the tax changes brought in by the Liberal government will impact the country's bottom line, and his Conservative and NDP critics also join us to discuss what they fear is wrong with the Liberals' math.

The federal government remains committed to delivering on its costliest campaign promises despite concerns that another promise — that of keeping the deficit under $10 billion — might become harder to uphold.

"We're not going to scale back on our promises — we're going to make those investments, we're going to help the Canadians we know need help, and those things are actually going to be stimulative for our economy," said Finance Minister Bill Morneau in an interview on The House.

The government admitted this week that its "middle-class tax cut" and corresponding tax-hike for the "one per cent" won't offset each other, as the Liberals promised during the campaign.

Instead, the "middle class tax-cut" is going to cost the government $600 million more than promised, and the tax hike on Canada's richest "one per cent" is going to bring in $800 million less.

How does Morneau explain the $1.4 billion discrepancy? 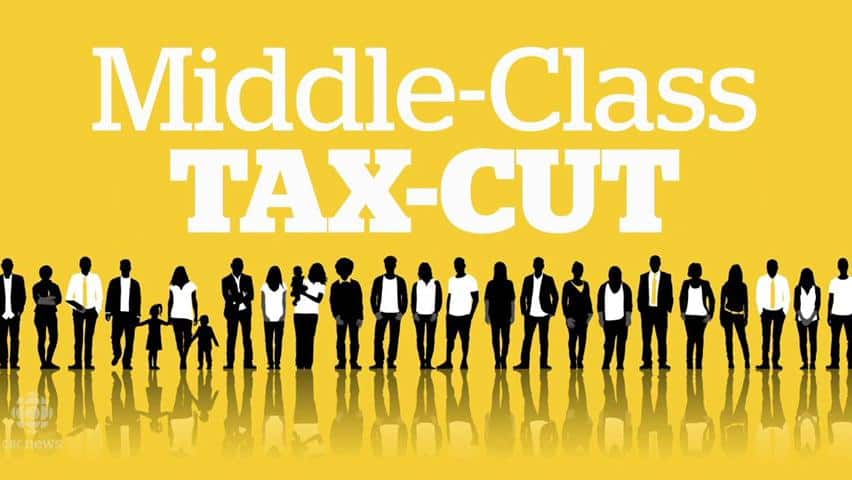 How does the 'middle class' tax cut work?

5 years agoVideo
1:04
James Fitz-Morris explains who will benefit - and who won't - from the tax changes Finance Minister Bill Morneau outlined this week 1:04

"Economists will debate what happens in the future, but we're in the mode of making sure we give Canadians a transparent understanding of what could happen," Morneau told host Chris Hall.

"We don't want to over-promise and under-deliver. Our goal is to grow the economy, and our big plans, which is to give the Canada Child Benefit to Canadians who need help with raising kids and to make significant investments in infrastructure, will have a growth impact in concert with this [tax] initiative."

Adding that he wants to give Canadians "a clear understanding of our fiscal situation" the new finance minister said unforeseen surprises in the economy won't keep the Liberals from their campaign promises.

Morneau pointed to lower oil prices and a decline in global growth as challenges that are "a little bit greater than we might have expected," but said it's important to "make sure that you're making those investments that might actually allow us to improve our situation."

Sticking to that $10 billion deficit promise?

Whether or not the Liberals will stick to their commitment of a $10 billion deficit remains to be seen — Morneau wouldn't offer up any clues, saying Canadians would have to wait until the federal budget in the spring.

"I'm not actually going to write the budget here in December," he said. "What I am going to commit to is lowering that net debt to GDP, and we're going to be transparent. Canadians will understand a lot more when we put forth our budget in 2016."

Morneau also discussed his recent decision to tighten mortgage rules on homes over $500,000.

"One of our key roles in managing the economy is managing the housing market for Canadians," he said, pointing to "pockets of risk" in Vancouver and Toronto markets.

"We want people to have a little bit more equity in those markets, and that makes them more resilient in the face of any potential changes in the economy."

"It will help the economy broadly because if we create more stability at that top end, it makes it more stable for all Canadians," he added.

What does the Opposition think about the government's tax changes?

"They didn't do their homework when they put it in their platform, simply put," Conservative finance critic Lisa Raitt said in a separate interview on The House.

"They made a promise it would be revenue neutral and it turns out it isn't, and that means they're going to have to deal with a structural deficit right out of the gate on promise number one."

The NDP's finance critic, Guy Caron, told The House he's concerned with the government's handle on the numbers, especially because many observers had been saying since the beginning that the tax cut and tax hike were unlikely to cancel each other out.

"One important thing in this is if everything stays the same," Caron said. "If we are seeing changes in the economy, if interest rates in two, two-and-a-half years start to climb, then they will actually have more difficulties and be a worse predicament."