Elizabeth May: Canada was 'hated' for its inaction on climate change

Green Party Leader Elizabeth May is in Paris for the COP21 climate change talks, she says the attitude of Canada toward the negotiations has changed completely. May says Canada was hated for being obstinate at previous climate talks.

Elizabeth May is not mincing any words — she says Canada was hated by other countries for sabotaging climate change negotiations at previous talks but things have changed dramatically since the ascension of Justin Trudeau to power.

"In previous years I would have people be angry at me for being Canadian. I would have other delegations and people say to me 'Why do you even bother to come, you're Canadian," May said in an interview with Chris Hall of CBC Radio's The House. "I would say 'look I'm the leader of the Green Party, it's not my fault,' doesn't matter. We were hated." 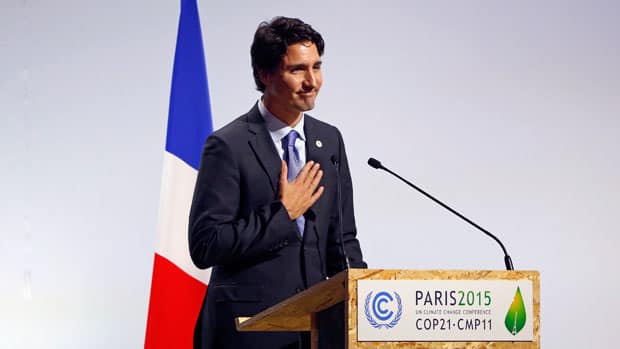 'Canada is back' at climate talks

5 years agoVideo
6:40
Green Party leader Elizabeth May takes a shot at the former Conservative government and says negotiators have told her 'thank goodness, Canada is back' 6:40

May says that has all changed quickly under the leadership of Trudeau and his environment minister, Catherine McKenna. "It is so wonderful to be at climate negotiations where people are happy to see Canada back at the table.

"Over the last 10 years we were there to sabotage progress. This is a huge shift. We must not let this chance fall between our fingers."

May says that Canada has been a leader at the current Paris talks, helping to resolve disputes between countries and push for more ambitious goals. In particular, Canada has been one of the few industrialized countries to advocate for keeping global temperatures from rising more than 1.5 C. Other countries say it's not possible, and they're sticking to a more modest 2 C goal, May said. 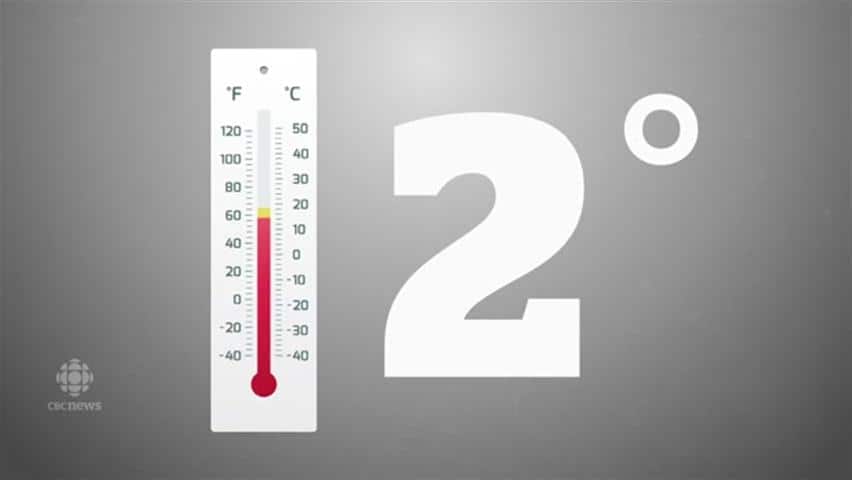 5 years agoVideo
1:41
As leaders from about 150 countries around the world gather in Paris for the next two weeks, they have already agreed to on one point: global average temperatures must not be allowed to rise more than 2C over the averages of the pre-industrial era. 1:41

If the world can agree to keep temperatures from rising more than 2 C it will be a "substantial" accomplishment, but she said a Paris deal is not the be-all end-all.

"This treaty is not the solution. This treaty is a set of mechanisms to work together to constantly ratchet up what we're prepared to do, and do it collectively. It's about the financing to assist technology transfer to less developed countries. It's about adapting to levels of climate change that we can no longer avoid."

May said that meeting our ambitious goals to halt the march of global warming will require a complete economic transformation.

"There has been no federal action at all to this point. We need to put together a plan that will engage all parts of our society. We need a kind of all hands on deck [approach].

May says that we have to move away from fossil fuels entirely — with the ultimate goal of complete decarboniazation. "Canada reacted to a transformation of our entire economy in the Second World War. We need that same transformative approach: It's not one small issue that we can handle with one policy instrument."

Canada needs a new target to reduce emissions — "For the last two weeks the only tabled target with the UN is that one placed by the previous government which is woefully inadequate," May said — and a hefty price on carbon.

May admits transformation will be costly, but doing nothing will have an even heftier price tag. "If you start examining the costs, what are the costs of not doing it? What do we do if we have tens of thousands — or millions — of people that need to be relocated, need to be resettled.

"Do we need to start performing triage globally? We know we need it, in order to have a more livable world for our kids, we need to transition away from fossil fuels."

May says that she's hopeful the international community will reach a deal before the end of talks on Dec. 11. She says that increasingly likely the Paris talks won't end in "disaster" like those in Copenhagen, which resulted in a weak agreement with few discernable changes to the world's climate change regime.

May has been in Paris as part of the Canadian delegration since the start of the talks, and will stay on until they wrap.