What the Renaissance can teach us about our disruptive age

Undeniably, we're living in an age of disruption. From breakneck advances in technology; to staggering wealth inequality, and global terrorism. Author Chris Kutarna says it's the best time in history to be alive in what he calls a new Renaissance. 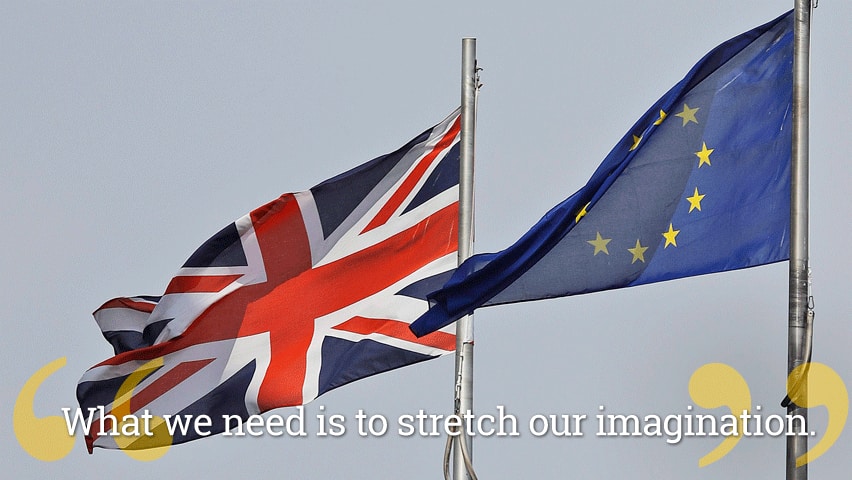 The Current24:41What the Renaissance can teach us about Trump and our disruptive age

From the internet to smartphones, the financial crisis to the refugee crisis, Donald Trump to Brexit, author Chris Kutarna believes the forces shaping our world today have been seen before — about 500 years ago.

Kutarna and Ian Goldin's book, Age of Discovery: Navigating the Risks and Rewards of our New Renaissance, argues that we're living in a second Renaissance period and events in history can help us prepare for — and even predict — the disruptions still to come.

It is the best time in history to be alive.- Chris Kutarna, author of Age of Discovery

Below are excerpts from Kutarna's conversation with The Current's Anna Maria Tremonti.

Why do you say we're living in a second Renaissance?

I guess because we are .. We're just continually shocked by big events that are reshaping the world and we don't have a good handle on them.

History has always been this wonderful resource that human civilization has access to to stretch our imagination by looking to the past and finding and finding similar circumstances, and just seeing how we coped with those circumstances then.

The first Renaissance when new maps, and new media, and a new human condition both helped genius to flourish in Europe and also cause tremendous social upheaval, when you get into the details... it really is a compelling parallel to the time we live in, and  we really believe has some important lessons.

So what you are calling a Renaissance is a period of massive disruption. How would you define disruption?

I think what's important about the idea of disruption is that it is a kind of… I guess it's the scale of the change, that is maybe in its speed, or in its scale, sort of much more than we're able to cope with in our present modes of thinking.

You paint this renaissance as an enlightened great time to be alive. Why?

It is the best time in history to be alive … Take the development story. In the big picture, humanity is healthier, wealthier, more educated than at any time in history. Global average life expectancy has risen by about 20 years over the past 50. And to put that into perspective, it took humanity 1,000 years to achieve the previous 20 year lift in life expectancy.

We have giant issues of distribution now but any civilization in human history, at its height, if you offered us to trade places, they would probably take that trade and believe that with so much more abundant wealth for so many people,they could work out a distribution where everyone would feel better off.

This segment was produced by The Current's Julian Uzielli.