Bryan Stevenson goes to work every day on a mission — to get black men off Alabama's death row. The author and lawyer shares how the legacy of slavery and lynching still lives in America today in his book, Just Mercy. 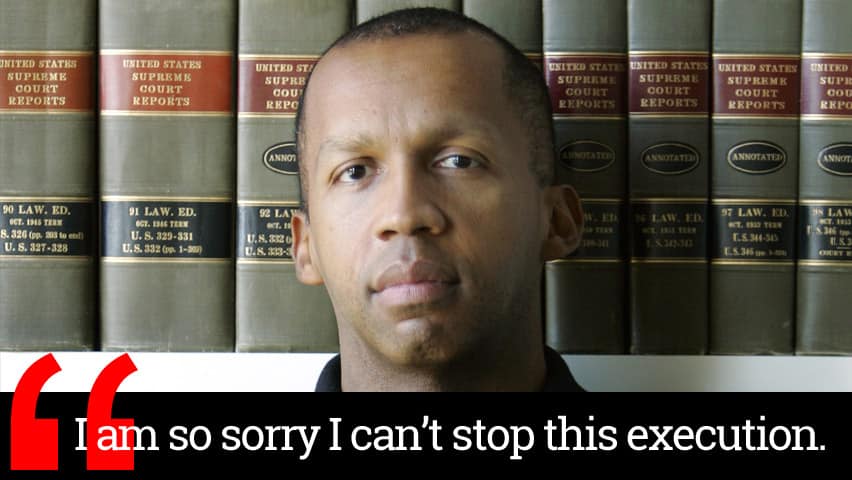 4 years ago
1:04
Alabama lawyer Bryan Stevenson on one of the death row inmates he couldn't save 1:04

» The Current's The Disruptors

As a co-founder of the Equal Justice Initiative, Bryan Stevenson is a disruptor of chronic injustices who fights for the lives of prisoners on Alabama's death row.

"[In the U.S.], 156 people exonerated after being sentenced to death. That means for every 10 people that have been executed in the U.S., we've identified one innocent person on the row, which is a really shameful rate of error," Stevenson tells The Current's Anna Maria Tremonti.

In his new book, Just Mercy: A Story of Justice and Redemption, Stevenson says that when lynching stopped, the death penalty started.

"[There's a] very clear line between our history of lynching and the modern death penalty."

He tells Tremonti when the southern states moved away from public lynchings, "they essentially moved the lynchings indoors and that's when you see a great increase in the number of death sentences being imposed."

When Stevenson looks at the injustices of the present, he sees acutely how the wrongs of the past — the legacy of slavery and lynching continue to reverberate today —  in U.S. race relations, the justice system, and the frequent police shootings of black men, as we've seen this week in Tulsa, Okla. and Charlotte, N.C.

But Stevenson sees "power in brokeness."

"It is really the broken who understand how compassion is supposed to work."

He tells Tremonti that he doesn't do his job because no one will. He does it because he's broken too.

"And in many ways it's our community and standing with the broken that will get us closer to justice."

Listen to the full conversation.