A new U.S. donor sibling registry allows children of sperm donors to connect with their half-siblings. The Current follows the story of a brother and two sisters who share the same anonymous sperm donor and meet for the first time. 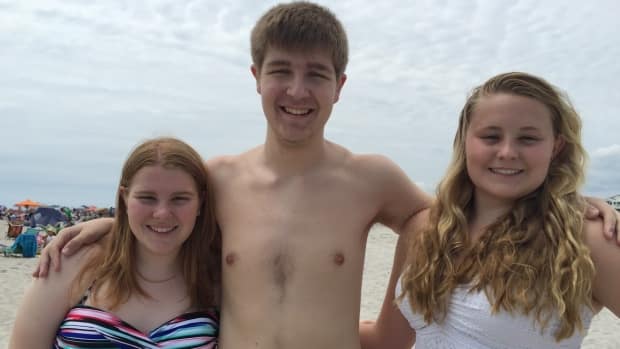 Teens from same sperm donor find each other

4 years agoVideo
0:41
These three teens all came from the same sperm donor in Atlanta, but they had never met. 0:41

Donor sperm has made "family" possible for thousands of Canadians each year. Now, a new, privately-run online tool — Donor Sibling Registry —​ gives half-siblings a way to find each other and meet.

In the documentary, Not in Kansas Anymore, the CBC's Julie Ireton shares the story of five moms and three teens who came together for the first time for a beach vacation on the New Jersey Shore.

"When I got on the website and saw all those entries, it was it was like my birthday 10 times over. It was great," says Briley Lewis who found half-siblings on the donor sibling registry.

Briley Lewis, 16, Lexie Stewart and Katee Kemether, 15, are both only children but grew up wanting siblings. To their surprise, all teens are among 15 half-siblings listed on the registry. The teens all have different mothers but share the same anonymous sperm donor.

"I've always wanted to have siblings and now I finally have… there's all these families, like you're reading their biographies, and learning about them and what they look like… do they look like me?" says Lexie who was unsure of the process but became excited after registration. Her mother was skeptical but supportive.

Both Katee's moms are lawyers and were leery too, carefully vetting the registry but eventually registered to see what happens. To their surprise, they found a list of names in their search connected to the same donor they picked.

"It didn't even occur to us … I said, 'Well, didn't our life just get that much bigger'," says Megan, Katee's mom.

"It was just so freaky to look at Lexie," said Katee.

Briley agreed. "When you see them in the flesh, it's a lot of staring. It's like, wow." 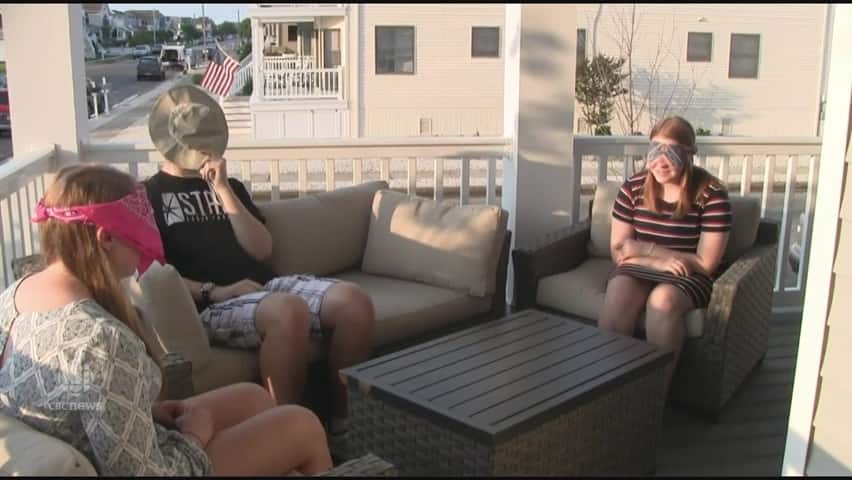 Lexie, Briley and Katee meet in person for the first time.

Briley and his moms always wanted a bigger family and say it's a blessing their son connected with Lexie and Katee.

"Now he has a family, I mean a real family … To him this is his family," says Briley's mom Barb.

"I always wanted a sister growing up which was nice, and so I got two which is even better," says Briley.

It didn't take long for Briley, Katee and Lexie to act like siblings. They share similar talents in music and mannerisms.

"When I saw the two of you do your eyebrow thing. That's how I knew that you were, that it had something do with nature… none of us can do that," says Megan, Katee's mom.

Future family visits are already in the works as the budding relationship of these three teens dictates what's next — all moms are on board with that.

"Hardly anybody knows experiences like this. But I mean these two girls are my sisters already after four or five days. And it's really great — very different in a good way," says Briley.

The donor registry, developed in 2000 in Colorado by a mother and her donor, is completely voluntary. It is the only registry for donor children in North America. There is no searchable public registry that tracks people conceived through donor sperm in Canada or the U.S.

Listen to the documentary Not in Kansas Anymore at the top of this web post.