The untold story of Shelly Chartier: the rural Manitoba woman who catfished the stars

She was called a con artist and a master manipulator.

But Indigenous director Lisa Jackson saw something else in Shelly Chartier, a reclusive woman living on a small reserve in rural Manitoba.

Chartier eventually served a year behind bars for orchestrating it, and headlines about the star-studded story were sensational.

"When I looked online to see what the media coverage had been of this story, I was shocked at the stereotyping that I saw and I just instinctively knew that there must be more to the story and more to Shelly," Lisa Jackson tells The Current's Anna Maria Tremonti.

"She just seemed like this evil, one-dimensional master manipulator."

"I knew Shelly was an incredibly, intelligent, unique, fascinating person who had not been given her say in the media," says Jackson.

Lisa Jackson is the co-director of a new documentary taking a look at the story behind the headlines. It's called Indictment: The Crimes of Shelly Chartier. Co-directed by Métis filmmaker Shane Belcourt, it tells the complex and compelling story about Shelly's life, and the events in her family and community that drove her to a dangerous obsession with the internet that morphed into the illegal. 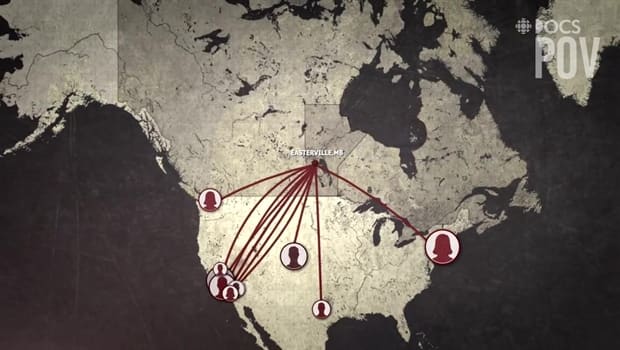 3 years ago
1:16
Investigators recall the marvel of Chartier's extensive network of deception. 1:16

Looking back at the scheme that landed her in prison, Shelly Chartier is dismissive of how she came up with the idea.

"It just happened," she says. "People make it seem like I had this whole Dexter's laboratory thing going on. But it wasn't like that."

Dylan took it out on who she thought was Andersen ... but on the receiving end was an increasingly frustrated Chartier, who was growing impatient with Dylan's abusive messages directed at Andersen.

I had no life ... I still don't have any friends- Shelly Chartier

Chartier threatened Dylan by saying if she didn't stop annoying her, she'd post her nude photos online. It was that act that would lead to police showing up at her door and arresting her.

"I felt so stupid after because I didn't have to do that. That's what made [Dylan] go to the cops," Chartier recalls.

She was sentenced to the maximum sentence of 18 months, and served one year of them. She spent over 50 days in solitary confinement.

"I wouldn't wish it on anyone. It was really bad."

Chartier had left school at a young age, around the sixth grade. She was a recluse who slept all day, and stayed up all night playing her Xbox.

Chartier was looking after her sick mother at home, and then she lost an aunt who raised her. Instead of accepting invitations to drink and do drugs, she retreated to the internet. The year her aunt died was the same year that high-speed internet came to her community of Easterville, Man.. 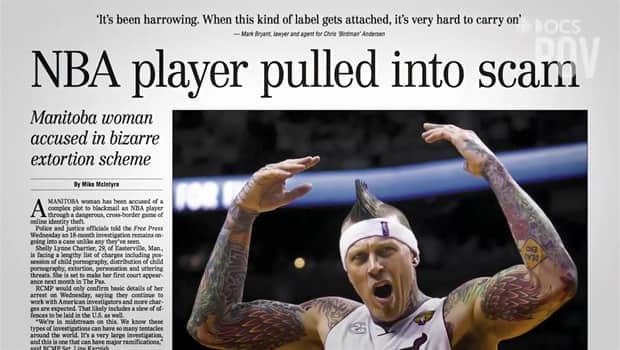 3 years ago
1:00
Court documents give insights into Shelly Chartier's behaviour. 1:00

The film also chronicles the backdrop against which Shelly Chartier's story was playing out — one informed by colonization and displacement. Once a vibrant First Nation that relied on fishing, hunting and lumber, the community was forcibly relocated from their original land because of a dam built by Manitoba Hydro in the 1960s.

They moved to Easterville, a "desolate piece of rock." The fishing industry tanked, and the community's means of sustenance was wiped out.

Once a healthy and happy community, Easterville became rife with unemployment and lack of opportunity. The effects of colonization also had a deep impact on Chartier's family: her grandparents were residential school survivors.

Looking back at the online ploy that landed her in jail, Chartier says she regrets it.

"I had nothing better to do, and I wanted to see how far I could go. That's the truth."

But while her obsession with the internet landed her in trouble, it would also later introduce her to her husband, Rob, an American who lives in New York.

They met playing the Call of Duty video game together, and she fell in love with his voice. They began texting, calling, and he came to visit. They were married a few months later.

"He's the only good thing in my life," says Chartier.

"Almost any offender has a history of being victimized in their younger years. And Shelly is no exception to that," says Jackson.

"There's a lot of means by which we can both punish offenders, and also take rehabilitative means... and those alternatives were not considered," she says.

Initially, for example, says Jackson, the possibility of house arrest was raised for Shelly, but she ultimately received the maximum sentence of 18 months in jail. 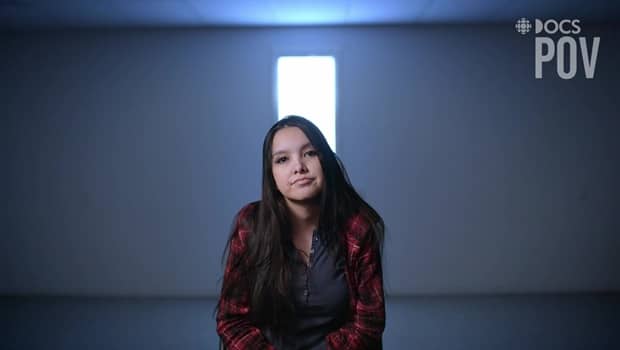 Indictment: The Crimes of Shelly Chartier - That's the Truth

3 years ago
0:54
Shelly Chartier recounts how she didn't realize the crimes she was committing and admits truths about what happened. 0:54

Chartier says that having a team of Indigenous filmmakers work on the documentary that told her story was a very different experience from other media interviews she'd done.

"You guys cared a lot more about whether we were comfortable or not," she told co-director Lisa Jackson.

Jackson says the right approach in telling these stories is crucial to getting it right.

"It takes time and it takes respect and you will get a very different and more accurate story if you take the time to do that and I think that's what we did in this case."

Listen to the full conversation above.

This segment was produced by The Current's Pacinthe Mattar.