The Supreme Court’s hearing on the case of Cindy Gladue will decide whether Bradley Barton will face a new trial, but could also have implications for sexual assault laws, and the treatment of Indigenous people in Canada's criminal justice system.

Canada's justice system paints Indigenous women as being at fault for crimes committed against them, according to Nahanni Fontaine, an NDP Member of Manitoba's legislative assembly.

Cindy Gladue bled to death in the bathtub of an Edmonton hotel room in 2011. Bradley Barton, an Ontario truck driver, was charged in her death but acquitted at trial. The defence argued that Gladue, a sex worker, had engaged in consensual sex that night, despite an 11-centimetre wound to her vaginal wall.

Fontaine said that the language in Barton's trial constructed "Indigenous women as welcoming violence against their bodies and their persons, or inviting that and somehow being at fault for ultimately ... ending up murdered."

At the trial, Gladue was repeatedly referred to as "a native," "a native girl" and a "prostitute." Her preserved pelvic area was held up and shown to the jury as evidence.

"When we use the word native, intrinsically we bring with it the whole colonial aspect of racism and sexism that constructs Indigenous women as less than," Fontaine told The Current's Anna Maria Tremonti. 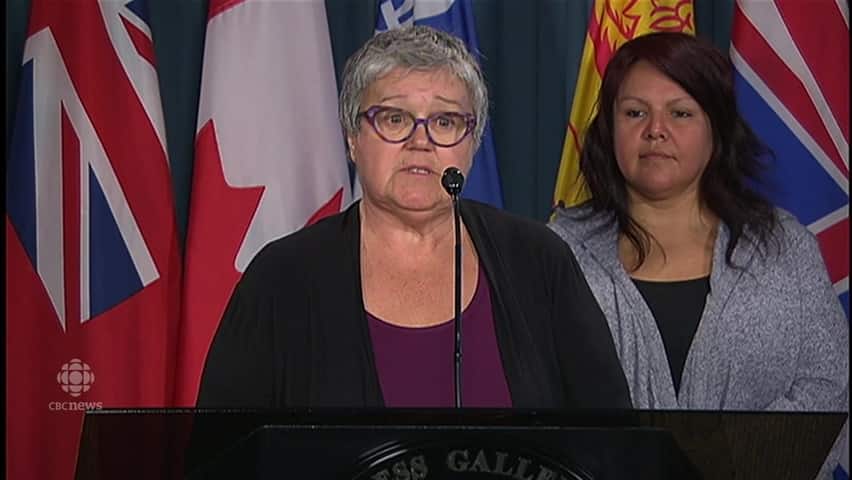 Activist Diane Matte speaks out about the Barton case

Alberta's court of appeal ruled there were serious errors in the original trial and ordered a new one. The Supreme Court will decide whether Bradley Barton will face a new trial — a decision which could have implications for sexual assault laws and the treatment of Indigenous people in Canada's criminal justice system.

To discuss the Supreme Court decision, Tremonti spoke with: