'Legalization 1.0': Cannabis is legal now, but what problems still need to be solved?

The Current's Anna Maria Tremonti hosted a town hall event to discuss the road to the legalization of cannabis in Canada, and the bumps that still lie in the road ahead.

Cannabis may now be legal in Canada, but there are still many problems and issues to be resolved, according to a veteran advocate for the drug's legalization.

"I call it legalization 1.0," said Hilary Black, who has been campaigning for cannabis legalization since her teens. "There is a lot of work left to be done. This is not perfect legislation."

The people who drafted the legislation "had to thread a needle," she said, and find a balance that could satisfy both pro-legalization advocates and prohibitionists.

Black made the remarks Monday night at The Current's town hall event on cannabis legalization, which was held at the Canadian Museum of Nature in Ottawa.

To discuss the challenges that Canada will face in implementing legalization, host Anna Maria Tremonti was joined by:

Crime bosses have lost "the easiest money they ever made," according to Bill Blair.

Billions of dollars in profit from the sale of marijuana goes to organized crime every year, said Blair, who was chief of the Toronto Police Service from 2005-2015. That money fuels gun violence and other criminal activity, he added.

"Cannabis doesn't kill, but cannabis trafficking can, and so by eliminating that illicit business, there's a whole bunch of very positive things can happen," he said.

On the morning of legalization, the federal government announced what it calls a simplified way to expedite pardons for Canadians convicted of possession of up to 30 grams of marijuana.

Eliminating that illicit business, however, will rely on consumers moving away from the black market.

Lawyer Eugene Oscapella said that it would take time for that to happen.

"It's much easier to go to a place where you've got a reasonably priced product, of known quality, than to go to a criminal organization," he said.

"My students go to the liquor store. They don't get liquor on the illegal market," he added.

Shifting consumers to the legal market will come down to accessibility, availability and price, said Manisha Krishnan.

Krishnan, who has been covering cannabis legalization for Vice, added that a shortage of brick-and-mortar stores in some provinces could make that move more difficult.

On legalization day, B.C. will have one physical store selling cannabis. Ontario will have none.

"The average gram for black-market weed is around $8," she said. After adding government taxes, legally sold cannabis will likely be more expensive.

"If you've been using a black market dealer for 10, 20 years who gives you a great deal, I don't really know why you would be inclined to switch over unless it's competitive with that."

Cannabis and the U.S. border

Speaking on CBC's Power & Politics in September, Blair said that Canadians should expect to be taken aside for a secondary U.S. border check if they "show up at the border looking like Cheech and Chong." 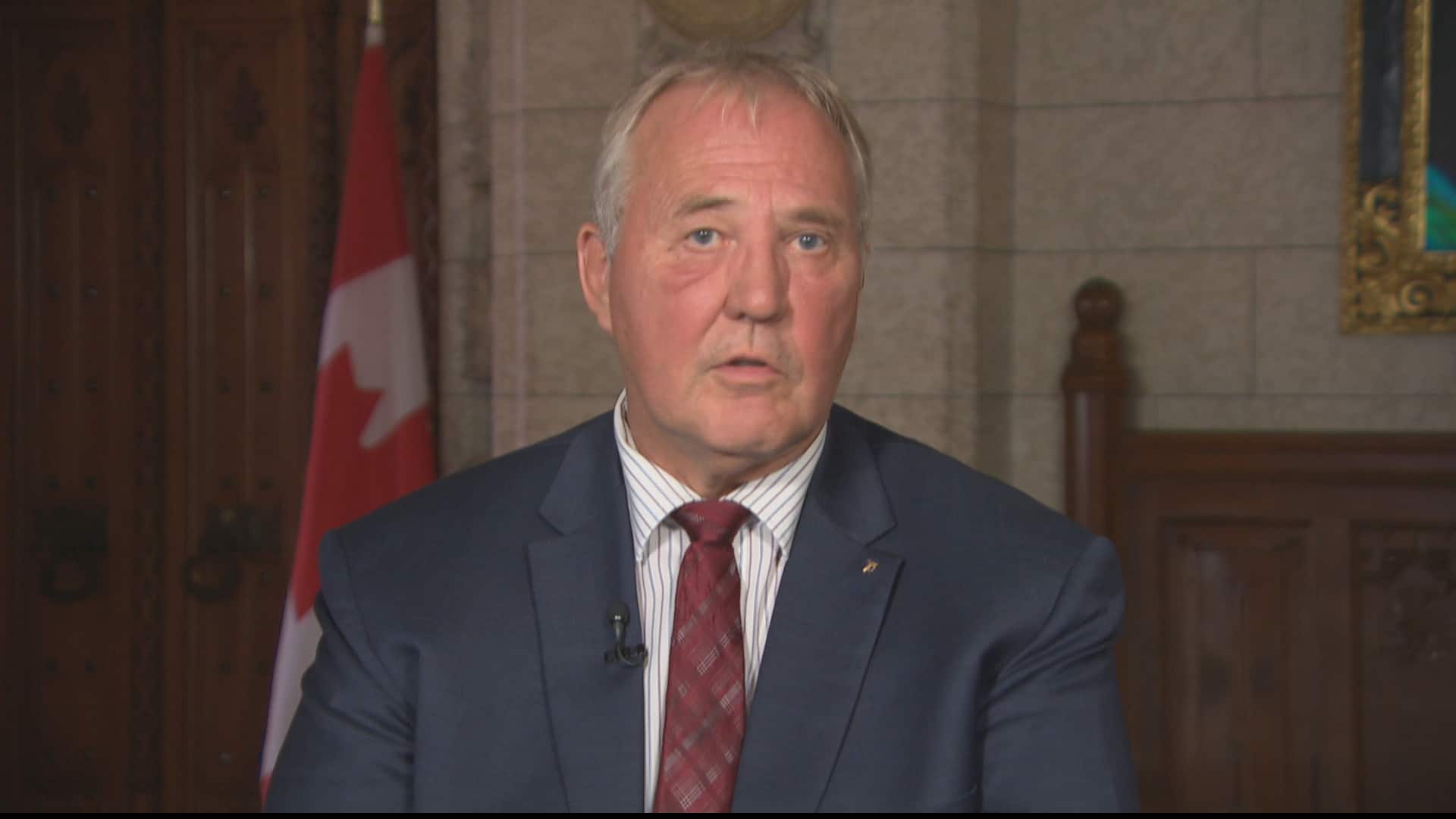 One month to go before pot legalization

2 years agoVideo
8:51
'Frankly if you show up at the border looking like Cheech and Chong, you're going into secondary,' says the government's pot lead, Min. Bill Blair. 8:51

He echoed that sentiment at the town hall event.

"That's a pretty iconic image that most Canadians are familiar with: the idea of rolling up in the car and the smoke billowing out the windows," he said.

"That's definitely getting you into secondary, so just be smart about going to the border."

Blair stressed that it was illegal for any Canadian to attempt to bring cannabis across the border to the U.S. in the same way U.S. citizens could not bring their firearms in the other direction.

Last month, an official at U.S. Customs and Border Protection suggested anyone working in Canada's legal cannabis industry would be barred from entering the U.S., where the drug is still prohibited.

The agency updated its website on Oct. 9 to say workers would be allowed to enter, but Krishnan said the language used meant there were still uncertainties.

"So that kind of tells you how they view cannabis consumers.

Krishnan also pointed out that as sales will be conducted online in every province, customers' information could be accessed through credit card records.

"I would be pretty concerned," she said. "But it's like, what is the advice? Do you lie? Maybe."

Oscapella warned that lying to a U.S. federal official is an offence.

"If you don't tell the truth and then they Google you and find out that you've just been bragging on Facebook about that great pot party you attended on the weekend, you might be in real trouble," he said.

He agreed with Krishnan that border agents could have access to information beyond your social media accounts.

"Anybody who's been watching the news over recent years has been hearing about how the National Security Agency in the United States has been vacuuming up databases from around the world," he said.

"It's very troubling to think that your information could be used against you."

As a long-time activist, Black has long dealt with the fact that information about her history of using the drug is widely available.

"I have openly admitted to breaking the law around distributing cannabis for 22 years, so they would have lots of grounds to not let me in," she said.

"I hope the next time that I cross the border that they don't Google me, or I'll never be allowed in the country again," she joked.

She said she's been given legal advice to only enter the U.S. if she passes through a custom and border check in the airport she leaves from, not the one where she arrives.

"If the conversation goes sideways, they could detain you for quite a long time," she explained.