Betting on bitcoin: Why the hyped digital currency is also causing concern

With phenomenal value appreciation, users are divided over the future of the digital currency, with some hoping to go mainstream, and others vehemently resistant to selling out.

The price of one bitcoin now sits at about $10,000, up more than $2,500 over the course of a few days. But all this hype has also caused alarm for where digital currency goes next.

"A lot of people want to have a piece of it," said Timothy Lee, who writes about tech policy for Ars Technica.

The currency allows for a decentralized way to make payments, with little regulation.

It's had highs and lows, but Lee said bitcoin's current value is close to a record high. The total market for the digital currency is now in the tens of billions of dollars.

He said a lot of that is based on speculation. And with no central authority regulating bitcoin transactions, prices are volatile. 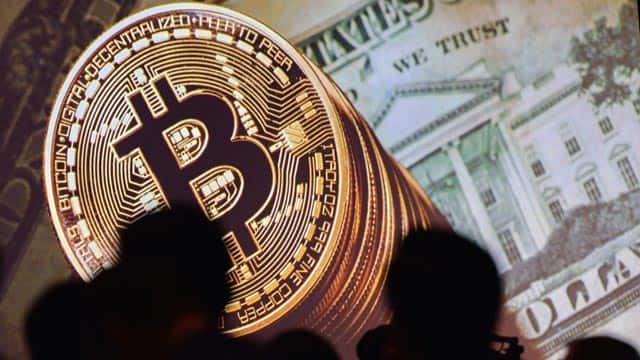 Reuters reporter Steve Stecklow has reported extensively on bitcoin, highlighting its ties to criminal activity and what happens when you get hacked.

"You just lose your money," he told The Current's Friday host ​Piya Chattopadhyay.

"You're completely at the mercy of the exchange."

This lack of oversight is what makes the digital currency attractive to so many but is also the root of the current rift in the bitcoin industry.

Traditionalists think the currency should be kept in the hands of regular people instead of governments and corporations while some enthusiasts want to see it grow to compete with big names like Western Union or Visa.

"This is potentially a way to make a whole lot of money fast, often anonymously," said Stecklow.

But with that comes big risk.

"There's basically no protection whatsoever for people who participate in this thing."

This segment was produced by The Current's Karin Marley, Julian Uzielli and Yamri Taddese.