'There's never been a better time' to be a woman, says activist Sally Armstrong

Sally Armstrong's 2019 CBC Massey Lectures, about the long push for gender equality, are airing this week on Radio One's Ideas. The Current spoke to her about why, despite many injustices, she's optimistic about where the women's movement is headed. The Current16:52The roots of women's inequality

Sally Armstrong has been advocating for women's rights for decades.

The journalist, author and human rights activist has covered stories from the 20,000 Bosnian women gang-raped in the former Yugoslavia, to the oppression of Afghan women under the Taliban.

This year, as the CBC Massey Lecturer, she has taken an even deeper look at the history of women's rights. Her lectures, which are airing this week on CBC Radio One's Ideas, examine how gender inequality began, and how the effects of patriarchy still impact society today.

Those lectures are compiled in a book, Power Shift: The Longest Revolution.

Armstrong spoke to The Current's guest host David Common about how, despite many injustices she sees today, she's profoundly excited about developments in women's movements.

Why do you think it's never been a better time to be a woman?

Because I've done the research, and I'm the eyewitness, and it's true.

There's never been a better time because the women themselves are the change-makers. They're the ones that are picking up the call, the clarion call, to make change for themselves and their daughters.

I mean, look at [Pakistani education activist] Malala Yousafzai or look at [Swedish climate change activist] Greta Thunberg or the women of Malicounda Bambara [in Senegal], who were the first to eradicate female genital mutilation.

There's change all over the world. Consider that 160 little girls in Kenya between the ages of three and 17 sued their government for failing to protect them from being raped, and won the case.

These things are happening everywhere, not to mention, of course, Me Too [and] Times Up. Hashtag feminism has now moved this new wave of the women's movement closer to the finish line than ever before. 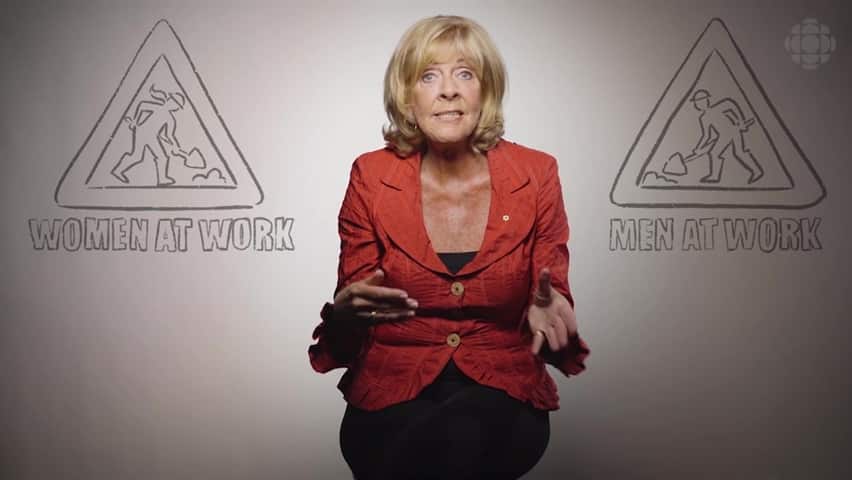 And yet it's been so hard fought and so hard won. And sometimes the changes seem incremental. At other times, when you speak about Me Too, it seems that things are going fast. But you wonder if it'll stick, I suppose. What gives you the optimism?

The social innovators today, for them the Holy Grail is finding out whether things like Me Too are going to stick. And so far they feel that it is.

You know, intersectionality is the new rallying cry. And this is all the women, all the time, moving toward the finish line.

And these social innovators define [a] new kind of power. They say old power is like a currency. You get as much as you can, you hoard it, you download it, you keep it, you hide it, you don't share it.

But the new power, they say, is like a current. You upload it, you share it. And the more surge it has, the better it is. It's inclusive. It's all over the place. And they say, Me Too is the best example they can see of that.

There are changes everywhere. We're not at the finish line, but we're closer to it than ever before.

It's starting to look like people who are not on side are simply out of step. I mean, a corporation that doesn't see that they should pay women the same wage as they pay men doing the same job, they just seem to be out of step and out of sync and not modern and clever.

But of course, it still continues. There is still a wage gap. It's been in places like Canada. It's been shrinking, but ...

It's still significant. And it's everywhere. You know, remember that wonderful Netflix [show] called The Crown?

So that brilliant young actress who played Queen Elizabeth was paid ... less than the man who played Prince Philip.

Exactly. But, you know, we're having bigger conversations about this than we ever did before.

Equal pay and violence against women — which, by the way, costs $1.3 trillion a year [according to 2018 study] — these are the issues that the other waves of the women's movement were less demanding of.

Heaven knows they had other things to do, such as get us the vote, such as write us into the Constitution.