Lorinda Stewart's nightmare began when a man from Somalia contacted her to demand ransom for her daughter, Amanda Lindhout. Now mother and daughter join The Current to talk about their devastating ordeal and share a recording of a raw, emotional phone call between them. 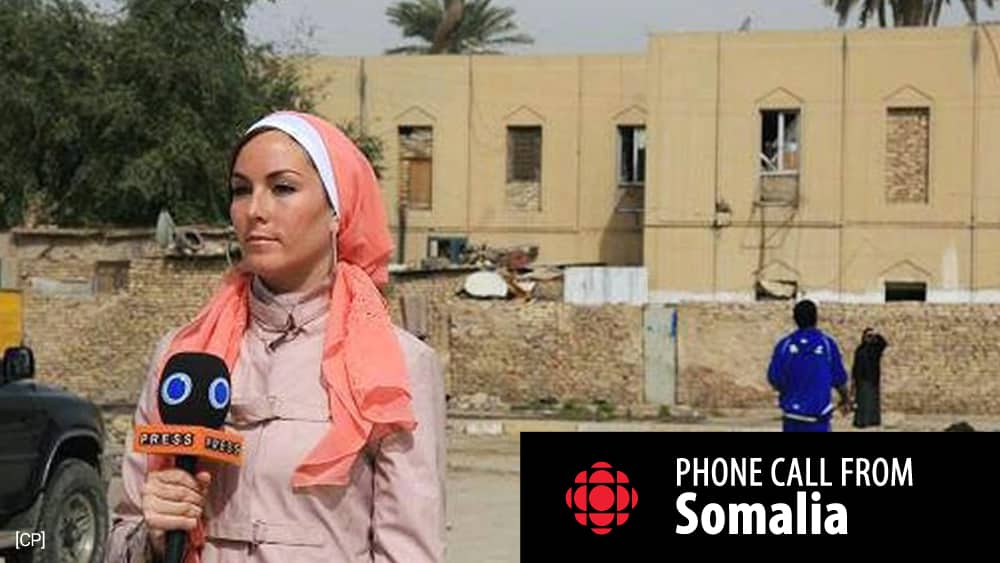 Phone call between Amanda Lindhout, held captive in Somalia, and her mother.

Canadian journalist Amanda Lindhout was kidnapped in 2008 in Somalia and held for ransom for 15 months.

Her mother, Lordina Stewart, raised the money on her own in order to rescue her daughter as Canada does not pay ransom to terrorists.

Now, in the wake of the unpaid ransom and murder of  Canadian John Ridsel, the matter is once again up for discussion.

Lindhout and Stewart joined The Current's Anna Maria Tremonti from Calgary to talk about the demand for ransom, the government's refusal to pay, the RCMP involvement and how the haunting "worst call" illustrates the emotional toll a kidnapping takes on those back home.

The mother and daughter have chosen to share that call with the audience.

It should be advised that some listeners may find the painfully emotional phone call quite distressing.

Amanda, we've been selling everything. We've been begging people every day. I write letters and I make phone calls to beg people to help us. It is illegal in Canada to raise a ransom, Amanda. I could go to jail, so I'm trying to do it so that the government doesn't know because if I go to jail I can't help you.- Lorinda Stewart speaking with her daughter, Amanda Lindhout in captivity.

For the first 10 1/2 months after her kidnapping, Stewart lived in a covert location and trained with 24 of the country's top negotiators where every call between her and the men demanding ransom was recorded.

There were many horrible phone calls, but the one both Lindhout and Stewart remember as the "worst call" happened 10 months after the kidnapping. It was the call of an anguished daughter in captivity begging her mom for the $1 million ransom her kidnappers demanded.

Prime Minister Justin Trudeau firmly reiterated that Canada does not and will not pay ransom to terrorists and kidnappers. However, at times such as these, such matters demand examination and that is what Lindhout and Stewart are attempting.

Lindhout and her Australian colleague Nigel Brennan, who was also held captive, were released on Nov. 25, 2009.

The man at the other end of those horrible phone calls with Stewart was Ali Omar Ader, a Somali citizen Lindhout and her mother only knew as "Adam".  He will go on trial in Canada next year, accused of kidnapping Lindhout and Brennan.

This segment was produced by The Current's Willow Smith.