Some scientists believe solar geoengineering could be a key tool in combating climate change, but the risks are unclear, and there are concerns that it could become a political tool to argue against cutting carbon emissions.

Geoengineering could help us beat climate change, argues one scientist, but there's a fear that rich nations would use it as an excuse to keep using fossil fuels.

"It's not [an] exaggeration that solar geoengineering would enable the world to be highly confident of reaching the 1.5 degree centigrade stretch target of the Paris agreement," said David Keith, the director of Harvard's Solar Geoengineering Research Program.

Solar geoengineering involves altering the Earth's radiative balance — the relationship between the energy that reaches the planet, and the energy leaving it. Researchers believe that rising temperatures could be halted by affecting that balance.

"One example would be by putting reflective aerosols in the stratosphere," Keith said. This would reflect incoming energy from the sun or other sources back into space.

"It's also possible to perhaps alter the reflectivity of some marine clouds," he added. "It's conceivable this could be done in space as well."

Researchers test ideas like these, usually in closed environments, to improve their models of how the atmosphere works. Keith's team is working toward a real-world test, where they intend to launch a high-altitude balloon that would spread a small amount of reflective particles into the stratosphere. It could take place next year, he said.

However, he warned that the research could be exploited by oil-rich nations and fossil fuel companies that oppose emissions cuts. Fears of weakening those efforts have kept the topic taboo.

Daniel Cziczo, associate professor of atmospheric chemistry at MIT, has seen the same trend, and called it concerning.

"Here in the U.S., [we are] seeing folks that are in our government that deny that climate change is due to human activities," he said, "but are now supporting geoengineering."

What are the risks?

Despite the possibilities, however, Keith says every solar geoengineering model currently shares one major shortcoming.

"They won't deal with the problem of putting CO2 in the atmosphere — we have to stop doing that," he said.

Cziczo warned that adding particles to the atmosphere could result in a loss of ozone. It could also have an impact on global rainfall, increasing the chance of flooding in some regions, and droughts in others.

He argues that rather than "doing something else to the atmosphere, which will further complicate the situation that we're in," scientists should focus on ways to reduce CO2 in the atmosphere. 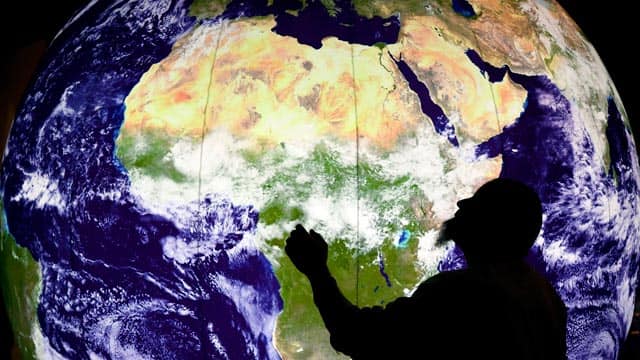 Can geoengineering save the planet from climate change?

Lack of political will

He argues that the discussions need to take place in halls of power just as much as in laboratories.

"[There's a] fear that if we even talk about solar geoengineering," he said, "we might take away the political force and the energy from doing what we really have to do first — which is reduction of emissions."

Even if the technology is in the early stages, the questions of governance could take years to address. Governments should be looking at those questions now, he said.

A recent Nature article argued that developing countries should lead discussions on geoengineering, as they are the most vulnerable to the effects of climate change.

That kind of cooperation is key to avoiding one country using these technologies for their own benefit, and to the potential harm of other nations, Pasztor said.

"We should try to come up with international agreements that would help to avoid unilateral ungoverned deployment of these technologies," he said, "which might happen by a single country.

"But the international community should also develop concepts of what to do if one or another country decides to go ahead in such unilateral ungoverned manner, and how to react to that."

This segment was produced by The Current's Alison Masemann.