'Who are your people?' How a candidate's authenticity can influence African American voters

When Philisia Matthews cast her ballot in South Carolina’s Democratic primary on Sunday, it was Joe Biden who best represented her concerns as a voter. But for the recent college graduate, the candidates’ policies aren’t the only aspect she’s looking at.

'When we don't feel that someone is very authentic, we let them know,' says one voter The Current24:06Black voters and the U.S. presidential race

When Philisia Matthews cast her ballot in South Carolina's Democratic primary on Sunday, it was Joe Biden who best represented her concerns as a voter.

As a black voter in that state, Matthews is looking at candidates with plans for health care, criminal justice reform and education.

But for the recent college graduate, the candidates' policies aren't the only aspect she's looking at. Neither front-runner Bernie Sanders nor Elizabeth Warren — both progressive candidates — offered the same connection that Biden could, she says.

"Down here in South Carolina, when we don't feel that someone is very authentic, we let them know that we don't think they're authentic," she told The Current's Matt Galloway.

Biden trounced Sanders in Saturday's primary, giving the former vice-president to Barack Obama momentum heading into Super Tuesday when delegates in 14 states and one U.S. territory will vote for their choice of Democratic candidate.

Though Leslie Mac, a voter in Charlotte, N.C., would sooner like to see Warren in the Oval Office, she understands the appeal that Biden has for black voters in the South given his connection to former U.S. president Barack Obama.

"I think it goes a long way," Mac said. "And I think that vice-president Biden is very familiar to voters there. He's been there multiple times, not just in this contest, but throughout his career."

Chryl Laird, an assistant professor of government at Bowdoin College in Brunswick, Maine, understands why black voters would turn to Biden.

An endorsement for Biden by Jim Clyburn, the third-ranking Democrat in the House of Representatives with deep roots in the African American community, also helped seal the deal, Laird says.

But with a Washington Post poll from January finding that nine in 10 African American voters disapprove of U.S. President Donald Trump's performance in office, Laird argues it may be about more than just electing a relatable figure in the White House.

Many African Americans, Clyburn says, want to get Trump out of office — and that may mean voting for the candidate that's most likely to win.

"When it comes to partisan politics, a lot of times individuals will fall into the norms and the understood group behaviour in order to benefit the group interest," explained Laird, who co-authored Steadfast Democrats: How Social Forces Shape Black Political Behaviour.

"Even if individuals have varying views, they will be trying to balance how they get their interests addressed even if they are varying across the group versus, also, what's the likelihood that someone can be able to win in the general election?"

Both Matthews in South Carolina and Mac from North Carolina say that race and racism play a huge role in this election.

As Mac prepares to vote on Super Tuesday, she believes the fact that Iowa and New Hampshire — states with predominantly white populations — are first to vote in the primaries is indicative of how the black vote is treated in the U.S.

Still, she's discouraged that prominent candidates like Kamala Harris and Cory Booker couldn't even make it to the primaries. 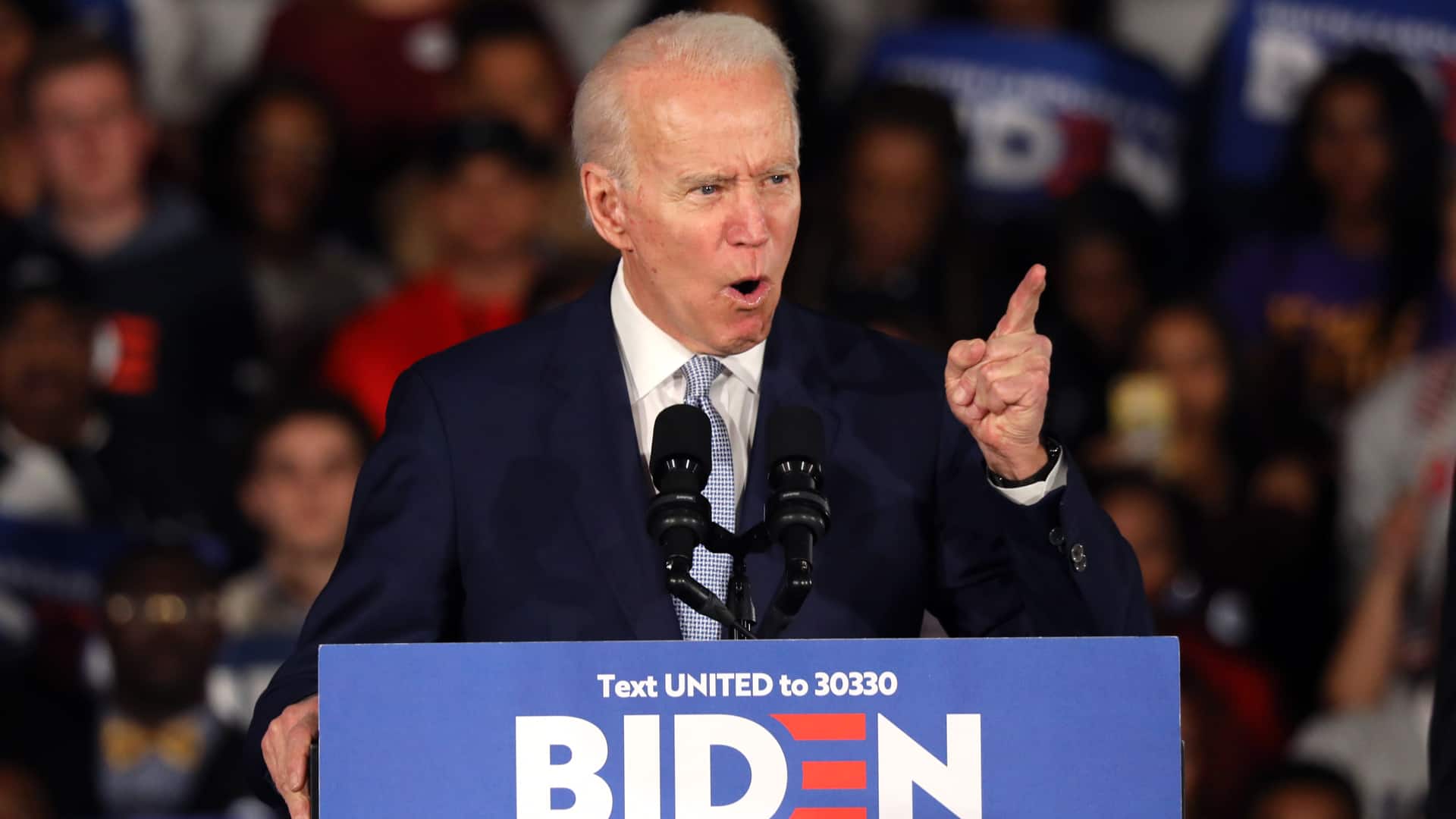 11 months agoVideo
0:42
Democratic leadership candidate Joe Biden is hoping victory in the South Carolina primary will give him momentum for Super Tuesday. 0:42

"I'm hopeful that that can change in the future…. But this race has taught us that with money in the mix, candidates of colour are always going to be at a disadvantage."

For Democrats, change may be more important than ever as the black vote is crucial, Mac adds.

Meanwhile, as Super Tuesday approaches, there's both excitement — and trepidation.

"This race has been unlike any that I've seen in my lifetime. And it's been interesting watching all of the different things play out," Mac said.