Tentative deal is a recognition of Wet'suwet'en laws and rights over land: Minister Carolyn Bennett

Wet'suwet'en hereditary leaders remain opposed to the pipeline, but draft accord considered a milestone

A proposed arrangement between Ottawa and the Wet'suwet'en hereditary chiefs to acknowledge land title rights will "breathe life" into the 1997 Delgamuukw decision, says Minister of Crown-Indigenous Relations Carolyn Bennett.

The weekend draft deal "is a recognition, yes, of their laws, their peace protocols, their need for unity, how they take decisions together," Bennett told The Current's Matt Galloway.

"It is about what was decided in Delgamuukw and how now we can expedite that process for the implementation of those rights and title."

The 1997 decision acknowledged Aboriginal land title and set a precedent for how it is understood in Canadian courts. It stemmed from a 1984 case, launched by the leaders of the Gitxsan and Wet'suwet'en First Nations, to establish jurisdiction over 58,000 square kilometres of land and water in northwest British Columbia.

But speaking Sunday, B.C.'s Indigenous Relations Minister Scott Fraser said protocols on how to work with the Wet'suwet'en hereditary chiefs were never developed after the case was settled. 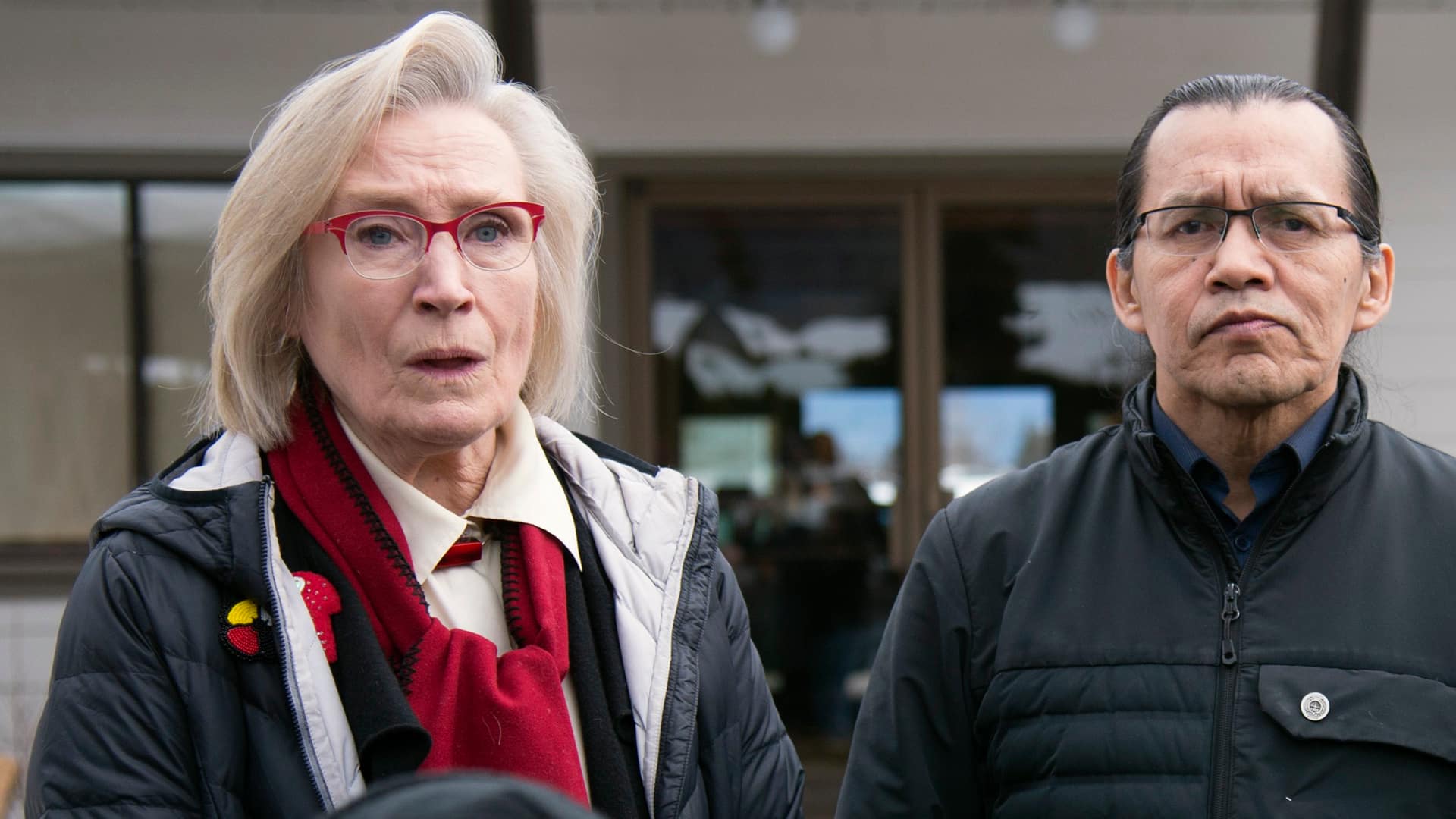 Bennett: 'It is about making sure...this never happens again'

8 months ago
0:39
Crown-Indigenous Relations Minister Carolyn Bennett says rights holders 'will always have a seat at the table' when it comes to future discussions about land rights and title. 0:39

The draft deal was reached after three days of discussions to end the impasse over a proposed Coastal GasLink pipeline on Wet'suwet'en territory in B.C., and rail blockades across the country that have sprung up to support the hereditary chiefs who oppose the pipeline.

Details of the draft accord were not disclosed.

Fraser said Sunday that the tentative land and title arrangement would not be retroactive on the pipeline issue, and the parties remained in disagreement about how to move forward.

Chief Woos, one of the Wet'suwet'en hereditary leaders, said the arrangement would provide help and assistance to all parties, and gave the future "a better outlook," but that the hereditary leaders remain opposed to the pipeline.

Work is expected to resume in the Morice River area on Monday.

Bennett said the process of establishing protocols to deal with contentious projects will be complicated, "but we are promising that we will put every effort together to actually make this happen."

"Never again will we be in a situation where there isn't a nation-to-nation relationship and that the nation can't be right there at the table as decisions get taken for projects or for anything on their land," she said.

Written by Padraig Moran, with files from CBC News. Produced by Samira Mohyeddin.