Darren Dochuk's new book, Anointed with Oil, looks at the connection between Christianity and the oil industry, including how late premier Ernest Manning opened up the oilsands for development in the late 1960s. Dochuk talks us through that history, including an aborted plan to set off nuclear weapons under the oilsands. The late Ernest Manning, a former Alberta premier, was so dedicated to opening up the oilsands for development that he considered detonating nuclear weapons in the province to do so, a new book chronicles.

"One of the challenges in the '50s was to find a better technology for extracting, and for refining this oil," said Darren Dochuk, an Edmonton native who is an associate professor of history at the University of Notre Dame in Indiana.

The project proposed "using the heat and shock energy of an underground nuclear explosion ... to raise the temperature and essentially liquefy the sands," he told The Current's guest host David Common.

Then, "more conventional extraction methods" would be possible, he added.

But the idea of using nuclear devices didn't work out.

"It never happened, they tested this in Nevada — and to rave reviews, by all accounts," Dochuk said.

But "the pressure against nuclear energy on both sides of the border was strong. That public concern … would really force the Alberta government, and Manning's team, to shelve the idea."

Manning was premier of Alberta from 1943 to 1968, and played a crucial role in securing investment to develop the Athabasca oilsands in the 1950s and 1960s. 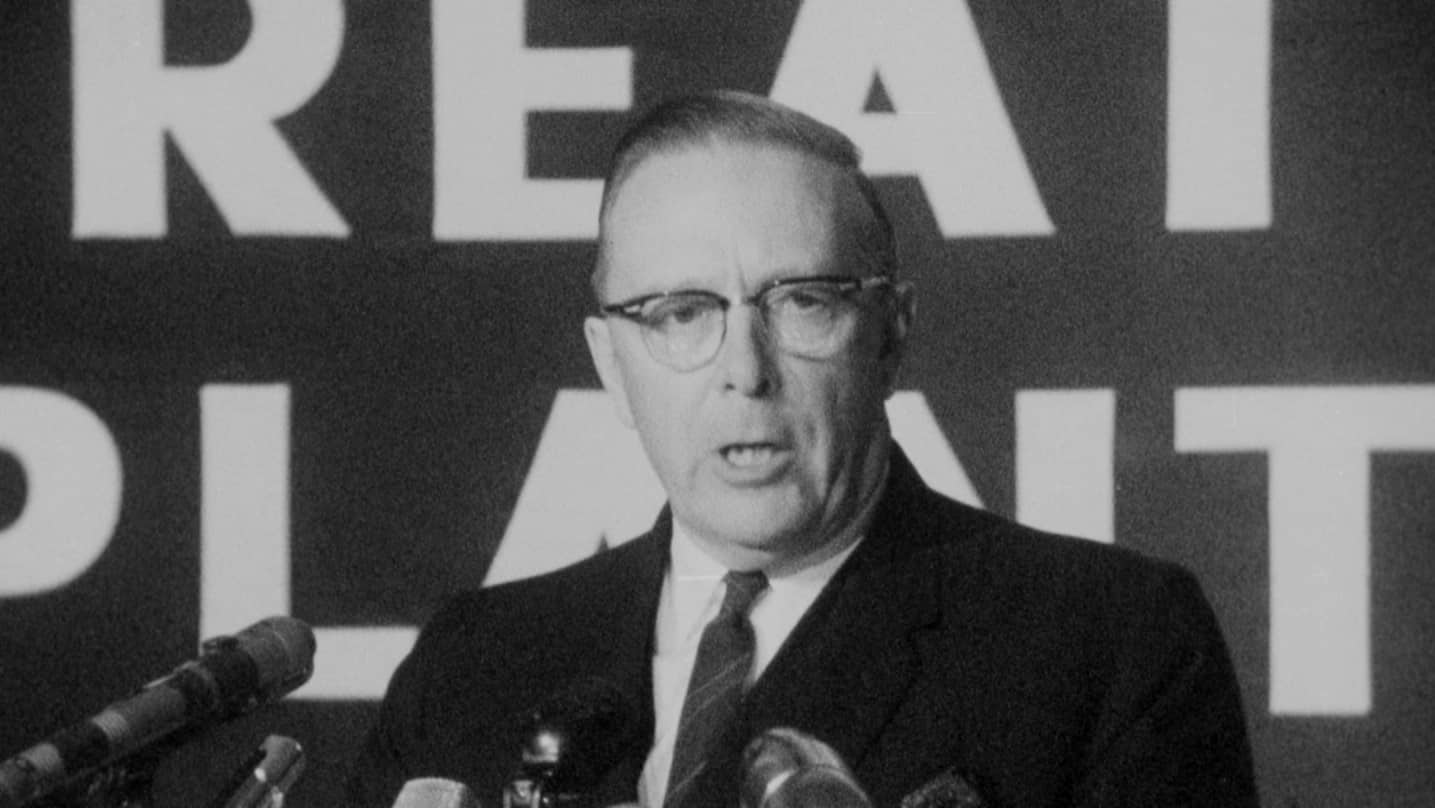 3 years ago
0:38
Alberta's then premier, Ernest Manning, stood a podium and declared it was a "historic day for the province of Alberta." 0:38

"The goal for Ernest Manning was to improve, advance, modernize the Alberta economy," Dochuk said.

"He saw oil very much as a way for Alberta to move past its dependency on agriculture."

Dochuk writes about the idea in his book Anointed with Oil: How Christianity and Crude Made Modern America. He explores the links between Christianity and the oil industry on both sides of the U.S.-Canada border.

Manning's own faith heavily influenced how he approached the oilsands, Dochuk told Common.

"He saw oil as very much a gift from God. This was something bestowed on the Alberta people that could ensure their progress in the here and now."

The project was urgent for Manning because he believed that "Christ was returning at any time," Dochuk added.

There was a "sense that time was short, [and] man, humanity needed to make the most of its resources in this current moment."

Manning was concerned with religion, theology, and ideas around death and judgment, Dochuk said.

"Peak oil ... was always tied into his worldview."