Bruce McArthur has been charged with the murders of five men from marginalized groups and the LGBT community. Did Toronto police do enough to join the dots, or was their denial of a serial killer in the city a strategic move?

Did police miss the link between a string of missing persons in Toronto — or was it an investigative strategy?

In a matter of weeks, police pivoted from insisting "there is not a serial killer, based on the evidence," to yesterday confirming the opposite.

"It's a serial killer, alleged serial killer," said Det.-Sgt. Hank at a press conference Monday, adding that "he's taken some steps to cover his tracks."

But to the students of Mike Arntfield, a criminology professor at Western University, that pattern was obvious.

"Students of mine in my Cold Case Society… who look into previously unrecognised patterns in unsolved homicide, came to me three years ago saying 'something's going on in Toronto's LGBT community' and this was through word of mouth," he said. "So this was widely known at the time."

Bruce McArthur, 66, was arrested on Jan. 18 and charged with two counts of first-degree murder in the deaths of Andrew Kinsman and Selim Esen, who both disappeared in 2017.

On Monday he was charged with three more murders — Majeed Kayhan, Soroush Mahmudi and Dean Lisowick — with police confirming they were searching 30 properties for more victims. Many of the properties are connected to McArthur's work as a landscaper. No date has been set for his trial.

"I can only hope that that was an investigative strategy," Arntfield said of the police's initial denial that there was a serial killer in the city.

"By then McArthur was at the very least a person of interest… whether he was under electronic surveillance or constant surveillance by that point, we're not sure yet."

"The chief's not going to disclose the status of the investigation and he may have said that knowing the public was not in current ongoing danger — we hope, again, because he was under surveillance."

The task facing police is not an easy one, Arntfield said, because serial killers often exploit the systems designed to catch them.

"Serial killers who have co-operated in forensic interviews and academic research have said that essentially they exploit the limitations of police resources," he told The Current's Anna Maria Tremonti. "They exploit jurisdictional factionalism among police units, among police agencies." 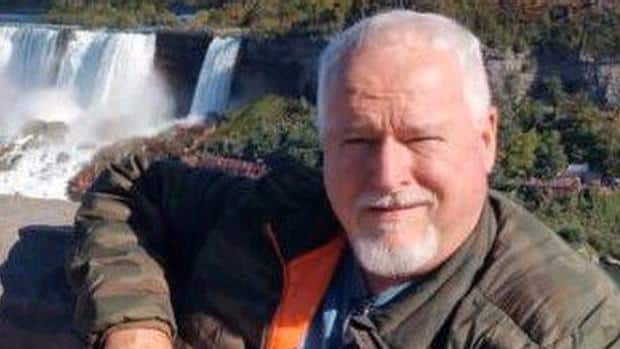 "They will often take a victim from one jurisdiction, leave the body in another jurisdiction, knowing that the left hand and the right hand will never align."

"And for that same reason [they] target communities that they know have a strained relationship with the police, or where the police may view with some cynicism or skepticism reports that these people are missing, if they're even reported at all."

Haran Vijayanathan, executive director for the Alliance for South Asian AIDS Prevention, said members of Toronto's LGBT community had raised concerns about people going missing as far back as 2010.

He believes vulnerable communities need more support from the police.

He said that police officers can make assumptions, when a report is filed, that a vulnerable person's absence may be part of a pattern of behaviour.

"[Police assume] they're not credible sources of information. All these kinds of things come up but we don't pay attention," he said.

"But when a white person goes missing then the entire world is paying attention, which is tragic in a way, right?"

"We didn't have to have Andrew go missing, but it took... lots of rallying and protesting to get the police to pay attention and find all of these links."

[The] community had to go do their own searches in the Don Valley. And police weren't a part of that.- Haran Vijayanathan

His organization is setting up a system where vulnerable people can check in and log their whereabouts or plans. It makes them less likely to fall off the radar, and provides police with a record if they do go missing.

In a statement to the press, Toronto Police Chief Mark Saunders insisted that "there is no diminishment of investigation due to a type of lifestyle or individual," and that every single case was aggressively investigated.

"I would hope that that would be the attitude of all of my officers," he said.

Vijayanathan believes that "hope is not the word that we're supposed to use here, especially when you're serving public interest."

"You don't hope for — you just make it happen."

"When we see individuals who are white go missing, the entire family, the entire community is engaged and they're working with police to find individuals."

"But here, community had to go do their own searches in the Don Valley. And police weren't a part of that."

The Current requested an interview with a spokesperson with the Toronto Police Service. We did not receive a response.

This segment was produced by The Current's Kristin Nelson, Josh Bloch, Rosa Kim and Alison Masemann.