Werner Herzog has spent close to five decades making films and just as long breaking the rules. The legendary documentary filmmaker takes us inside the inferno and philosophizes about the role of volcanoes in our world. 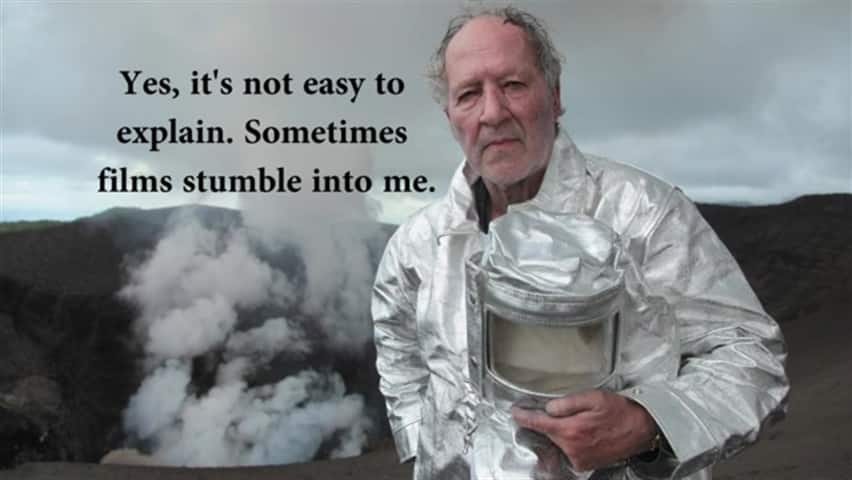 Filmmaker Werner Herzog on how ideas come to him

Werner Herzog likes to push limits when it comes to filmmaking.  Whether travelling up the Amazon, filming in the harsh Antarctic, or tracking a grizzly bear, the iconic director is known for pushing boundaries.

Herzog tells The Current's Anna Maria Tremonti how the force of nature played into filming his documentary, Into the Inferno.

Herzog and his partner volcanologist Clive Oppenheimer travelled the world visiting six active volcanoes. From Indonesia's Ring of Fire to the Democratic People's Republic of Korea whose volcano is now "the sacred mountain of the revolution," Herzog is just as interested in the people who live in its presence as the volcano itself.

"I was interested in people who live in the shadow of volcanoes, at the foot of volcanoes. In their belief system, their demons, their new gods, their fears, their way of life."

Sometimes perched on the thin edge of an active crater, Herzog and his crew knew they had to be vigilant while filming in such dangerous situations.

"You don't make a false step because it's vertically down into the crater itself."

And when they did sense danger Herzog says, "You just don't hesitate a second. You flee."

For Herzog, getting up close to these volcanoes confirms his ideas around the order of the universe.

"There's chaos and hostility and murder in nature."

Into the Inferno is on Netflix.

Listen to the full conversation.

This segment was produced by The Current's Lara O'Brien.