How NAFTA helped an American company sue Canada — and win

An American company is using NAFTA, specifically its contentious "Chapter 11" section, to sue the Canadian government for a half a billion-dollars — and they're winning.

The fight started back in 2002 when an American concrete company chose the remote community of Digby Neck, N.S., as a new, giant quarry site.

The Delaware-based company, Bilcon, had its sights set on a specific type of volcanic rock: basalt.

But locals in the fishing community fought for their rock.

"They'd love to have all this basalt rock from Digby Neck for the roads of the United States. I don't want to give that up. And 90 per  cent of the people here don't want to give it up. It's a beautiful place and we want to keep it that way," said Harold Theriault.

And when the time came for an environmental assessment, residents  — who refer to themselves as "Neckers" — lined up to have their say.

In the end, Canada rejected the quarry.

Bilcon sued Canada under NAFTA's Chapter 11, which guarantees foreign companies that if they do business here, they'll be treated the same as a Canadian company.

Bilcon argued the environmental assessment wasn't fair and took too long. A NAFTA tribunal agreed and now Bilcon is seeking more than $500 million in compensation from Canada.

The NAFTA tribunal will begin hearings to determine how much Canada owes to Bilcon on Feb 19.

According to lawyer Amir Attaran, who recently argued in Federal Court that the NAFTA decision be set aside, the amount owing is clear.

"Canada shouldn't be paying Bilcon a cent," he said.

Attaran represented two intervenor environmental groups pro bono in the Federal Court case. An intervenor is a third party given permission to make arguments in a case.

He told The Current's guest host Laura Lynch that in this case, the tribunal overstepped its authority.

"A NAFTA tribunal is not supposed to be sitting in judgment on Canada's laws — that's what the Canadian court is meant to do," he said.

As for NAFTA's Chapter 11, Attaran calls it a travesty.

"I think it is so unacceptable that unless it is removed during the present NAFTA renegotiations, we should walk out of NAFTA," he explained, pointing to the fact that the U.S. has never lost a Chapter 11 case but Canada has lost plenty.

"We keep losing under this system as Canadians and we're the ones who want to keep it. The Americans keep winning and they want to get rid of it. How perverse is that?" 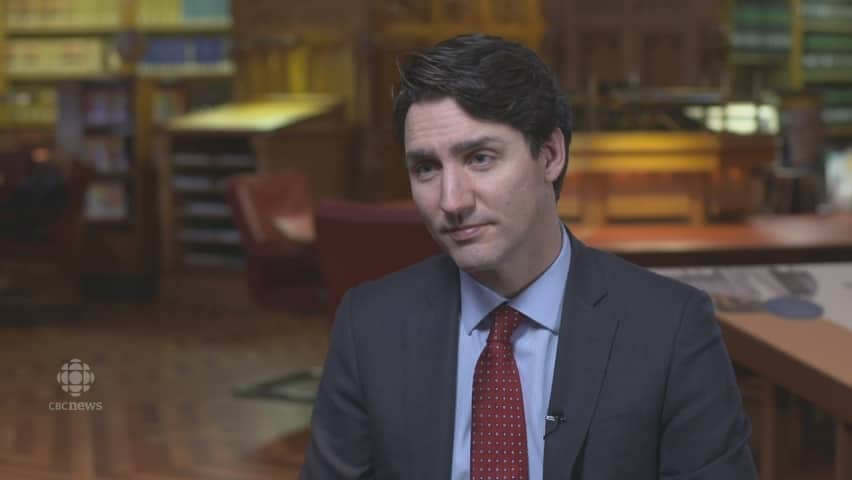 Trudeau says he does not think Trump will cancel NAFTA

3 years ago
2:33
Prime Minister Justin Trudeau tells CBC Radio's The House host Chris Hall that he is optimistic about the future of NAFTA. 2:33

"It encourages investment in Canada," he told Lynch.

Fast denied the suggestion that Chapter 11 imposes the will of a foreign government or a foreign company on the Canadian context — "that's not the case."

"I think most Canadians, once they understand the context within which Chapter 11 operates, will say, 'you know what? That's reasonable. We want to attract investment to Canada. We want to make sure that foreign investors see our investment environment as a very welcoming one.'"

Part of the cost of doing business is being prepared to stand behind propriety, Fast said, referencing Chapter 11 "as a reasonable approach to provide foreign investors with assurance."

"Those billions of dollars of investments flow to Canada because investors know that we have the rule of law and they will be treated fairly."

This segment was produced by Halifax Network Producer Mary-Catherine McIntosh.