'So lucky that I ended up in Winkler': New Canadian says community is key to making new life in smaller cities | CBC Radio Loaded
The Current

'So lucky that I ended up in Winkler': New Canadian says community is key to making new life in smaller cities

Newcomers to Canada often settle in our biggest cities, but the federal government wants to help immigrants move to fill labour gaps in smaller towns and rural communities. The small city of Winkler, Man., has been doing just that for years. 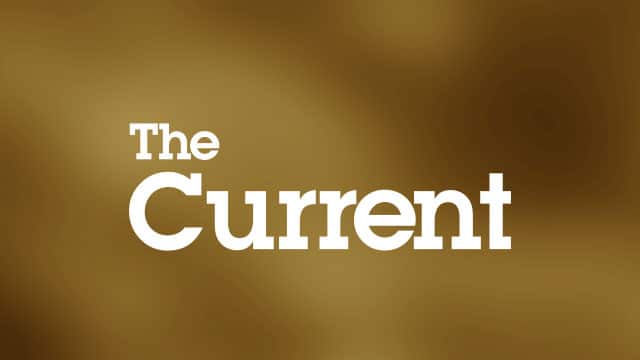 Inspired by the feasts they would serve to visiting friends, new Canadians Nina Pinlac-Manuguid and her husband Randolph Manuguid took the plunge last year, and opened their own Filipino restaurant in Winkler, Man.

"Our friends were saying: 'So why don't you make a restaurant? The people here, like Filipinos, are growing and there's lots of immigrants and we need new variety,'" said Pinlac-Manuguid, who first moved to Winkler to work as a nurse in 2009.

"It's been a lot of work, but we finally did it," she told The Current's Matt Galloway.

While the restaurant, Cucina Filipinas, caters to the small city's growing diversity, it also stands as a symbol of their success as newcomers. Pinlac-Manuguid credits that to the support they received from her new community.

"I was so lucky that I ended up in Winkler," she said.

I love Winkler so much that I [have] stayed there for 10 years.- Nina Pinlac-Manuguid

Most immigrants who come to Canada gravitate to the bigger urban centres, but the federal government is hoping to change that with plans to give municipalities a say in the selection of immigrants, based on the needs of their labour markets.

Pinlac-Manuguid came to Winkler as part of the city's own drive to attract migrant workers to fill vacancies in its job market, a program which dates back to the 1990s.

She said that initially, life in the Manitoba city — population 12,000 — was an adjustment from the hustle and bustle of Manila, capital of the Philippines.

Her move to Canada was further complicated by the fact she left behind her two-month-old son, who had been born premature.

"He was a sick child, and I have to leave him so I can work," she said.

"It was really hard."

But Pinlac-Manuguid says her new community quickly rallied around her, taking her to get groceries and inviting her to parties and dinners where she could make friends.

"It made it all easy because of the people that I work with, the people in our community," she said.

Her husband, Randolph Manuguid, joined her in 2011, along with their son. Manuguid quickly found work in construction, and even had help from his new colleagues to build their own house. They became Canadian citizens in 2017.

"I love Winkler so much that I [have] stayed there for 10 years," Pinlac-Manuguid said.

Martin Harder, mayor of Winkler, says success stories like Pinlac-Manuguid's were possible because "the acceptance of the immigrant community has been absolutely phenomenal."

Newcomers are welcomed by locals and encouraged to get involved in local events, including a weekly free community meal, he said.

"It's intended not just simply to feed people … it's intended to create connections and fellowship and [for] people to get to know each other."

He says when the city first started trying to attract — and retain — immigrants, it was driven by the need for workers.

"At that particular time, it was pretty desperate, and so immigration was the way to go," Harder, who has been mayor since 2006, told Galloway.

Jobs at the time were mainly based in construction and trades, such as carpentry and welding. But as people stayed, they began to embrace entrepreneurship, and set up their own businesses, like Pinlac-Manuguid.

The city retains about 80 per cent of the migrants it attracts, Harder says, and now has hundreds of immigrants from 88 countries.

"The objective all along is to create a community that actually is a community where you want to live and not just work," he said.

"I have never spoken to one immigrant who hasn't said the first priority is lifestyle and the opportunity to raise a family, and to provide better opportunities for their families."

Harder says there have been objections to the recruitment drive, including "Facebook chatter" saying "the immigrants are coming to take over the jobs."

"But the interesting thing is that there are more jobs available [than people to do them]," he told Galloway.

Winkler's success story is unusual; many newcomers to Canada will start out in smaller communities, but move to bigger cities within a few years.

Vancouver immigration lawyer Zool Suleman says part of that pattern is about bigger cities having more jobs and opportunities, as well as services such as language classes to help newcomers settle.

"Those end up being very strong pull factors to cities rather than small towns."

Harder offered some advice for smaller cities looking to attract families and workers, suggesting how their communities should view the proposition.

"Immigration opens up the minds of your community into other cultures … it brings the world to your doorstep," he said.

"Yes, sometimes it brings some problems, but the majority of the time you can adjust what your community becomes."