People skipping doctors and using CBD oil for bipolar disorder 'not treated at all,' warns expert

The cannabis extract CBD oil has become popular for claims it relieves a list of ailments including chronic pain, depression — and your cat's anxiety. But beyond the hype and hope, experts argue we need more research into how — and if — it works. People suffering from serious conditions are forgoing doctor visits in favour of self-medicating with CBD oil, according to one "very worried" researcher.

"A lot of patients have contacted me from all over Canada, and [are] using cannabidiol to treat depression, bipolar disorder," said Dr. Gabriella Gobbi, a psychiatrist at McGill University's faculty of medicine and the McGill University Health Centre.

The cannabis extract is non-psychoactive and does not produce a high. It has been touted as a relief for everything from chronic pain to insomnia.

In the course of her research, Gobbi has spoken with the patients using CBD oil without medial oversight. She warned them that there has been very little testing into its effect on humans, and there isn't much scientific data to support the health claims.

Some of the patients she spoke to still elected to use CBD oil, instead of other treatments that have been proven to be effective for conditions like bipolar disorder, she told The Current's guest host Matt Galloway.

"It means they're not treated at all, so this is very, very worrisome in our society because people are not cured at the end of the day."

Retailers were struggling to keep CBD oil on the shelves earlier this year, after anecdotal endorsements helped boost its popularity. But Gobbi warned that positive stories, without scientific testing, could be a "placebo effect." 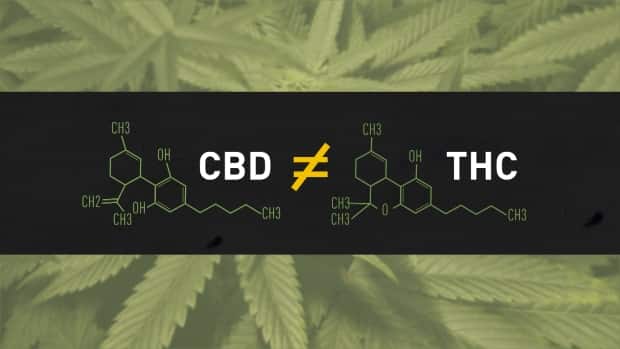 CBC Explains: What is CBD?

2 years ago
2:21
We answer five big questions about Cannabidiol — better known as CBD oil — which some say has unique health benefits. 2:21

In January, her research into the substance's effects on pain and anxiety was published in the scientific journal Pain.

"We found that in a chronic pain, cannabidiol actually can alleviate pain, and also has an anti-anxiety effect," she said.

But she pointed out that her research focused on animals, and did not include human trials.

"It's possible that there is a subgroup of patients that can have a benefit from cannabidiol," she told Galloway.

But for now, its use would be "at their own risk, because we still don't have clinical studies that have proven that cannabidiol can be good for some conditions as chronic pain, insomnia, or anxiety," she said.

That's happened through celebrity endorsements, and by CBD oil being adopted as a product in the "wellness industry," he explained.

"It's presented to the public in pop culture as if it works, you know. The efficacy is taken for granted. There's no critical appraisal of what's going on," he told Galloway.

He added that there was also a "rebel component" to its popularity.

"This idea that, you know, it used to be illegal, and it's been around for a really long time, and now it's available. So I think that also gives it an exotic feel."

While CBD oil has been legalized, Caulfied said it could be better regulated in Canada.

He explained that any substance that claims to offer health benefits requires approval by Health Canada, but if the claims are vague — "increases energy," "revitalizing" — then "those kinds of claims are more difficult to regulate."

He agreed that more clinical trials on the substance are needed.

"This is an interesting chemical," he said.

"It might be working but we need better research. We need good clinical trials to find out."