"Trump is a racist ... and what Stephen Bannon and Steven Miller do are to give the policy ideas behind that racism."

As hundreds of white supremacists, neo-Nazi groups and Klu Klux Klan members held a so-called "Unite the Right" rally on Aug. 12 to protest plans to remove the Confederate statue of  Robert E. Lee statue in Charlottesville, Va., they were met with anti-racist counter protesters.

During the rally, a car plowed into the crowd of counter protesters, killing a 32-year-old Heather Heyer and injuring 19 other people.

Related: Charlottesville victim a 'strong' woman who was 'all about equality'

This recent violence is not a surprise to Carol Anderson, a professor and author of White Rage: The Unspoken Truth of Our Racial Divide. She links the political climate created to galvanize white nationalists directly to U.S. President Donald Trump and the Republican party.

"Steve Bannon, Sebastian Gorka, Stephen Miller — these are readily identifiable white supremacists that he has put into the halls of power."

She also points out to Williams that Trump's campaign was based on racist sentiment from the start, appealing to white supremacists by calling Mexicans rapists and criminals and proposing a Muslim ban, among other examples.

"[Trump] has embraced this virulent, white supremacist wing in the American body politic," says Anderson, and suggests he's done nothing as a president "except when it comes to implementing really racist policies." 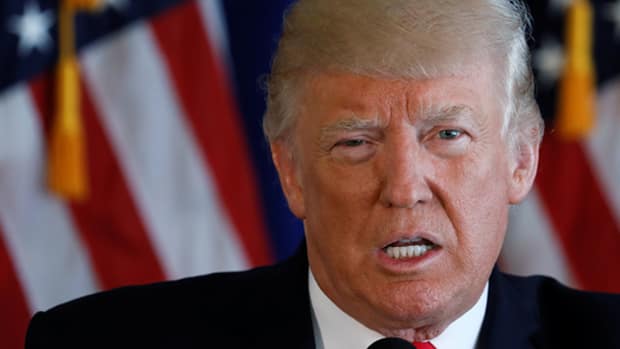 4 years ago
2:10
Trump reacts to violent clashes between white nationalists and counter-demonstrators in Charlottesville, Va., appeals to Americans to love and respect each other 2:10

"There he has demonstrated a level of effectiveness … policies that emanate out of that racism, that serve to undercut and undermine Black advancement and access to civil rights," says Anderson.

"Trump is a racist — and I mean we've got evidence of that early on when he was a landlord — and what Stephen Bannon and Steven Miller do are to give the policy ideas behind that racism."

'White nationalist is a euphanism for white supremacy'

Marilyn Mayo from the Anti-Defamation League's Center on Extremism agrees the political climate has created a space for white supremacists to express their views that they now feel is more accepted by the mainstream.

She tells Williams the terminology used by these groups is intentional.

She describes the meaning of white supremacy to include more than just about being superior to another person but encompasses "a number of different tenets, for example that whites should have dominance over people of other backgrounds or live separately from non-whites."

Mayo adds that the term alt-right is also "simply a repackaging of white supremacy."

Listen to the full segment near the top of this web post.

This segment was produced by The Current's Idella Sturino and Lara O'Brien.