Cows that milk themselves? Farmers turn to high-tech for help

From milking the cows, to driving the tractors, to picking the lettuce, robotic technology is changing farms and farm work. The Current's Julian Uzielli heads to a dairy farm where the cows get in line for the robots. 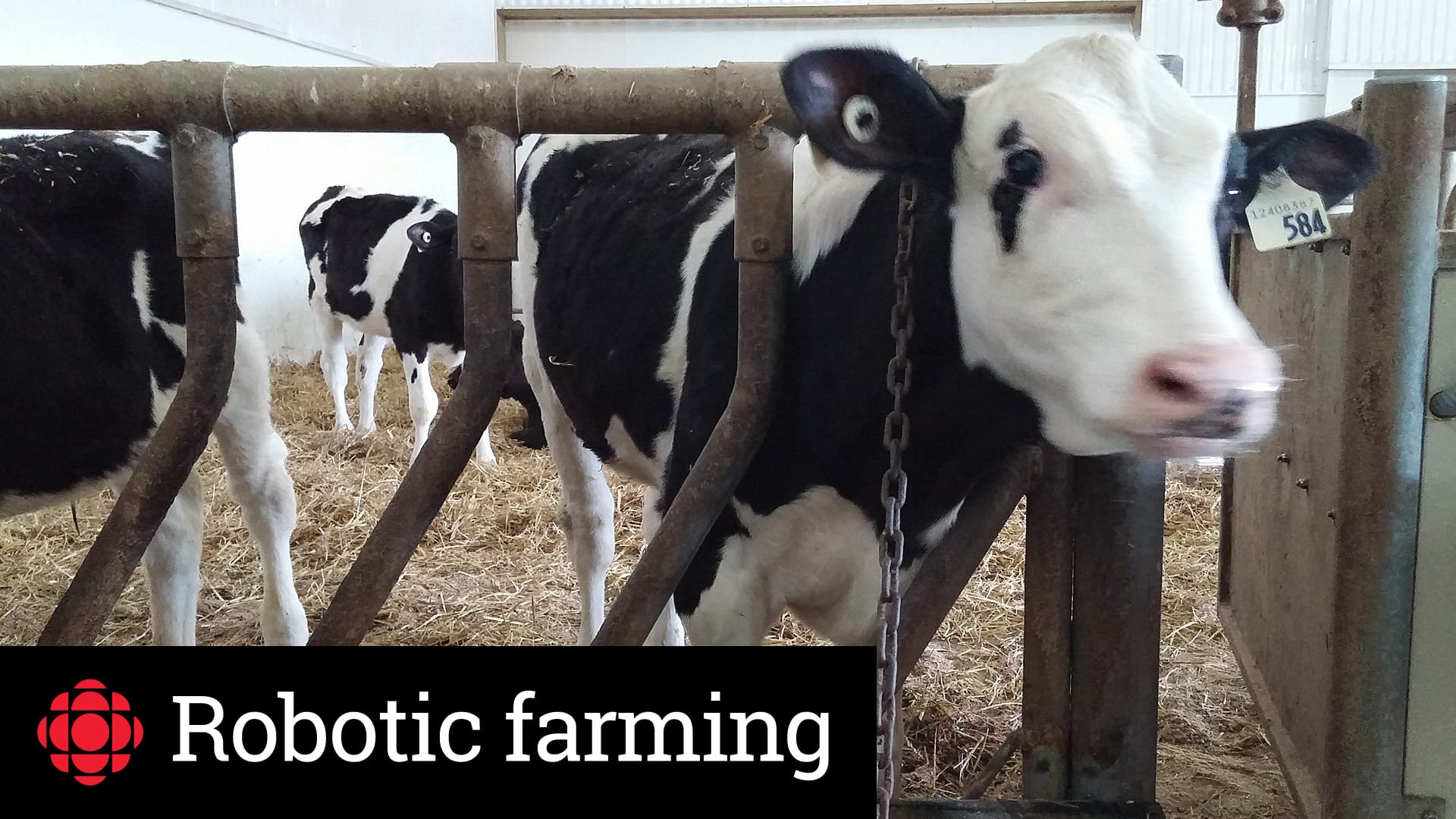 Visit a farm where the cows milk themselves

The bygone era of collecting eggs in a pail by hand are long past for farmers of today. As agriculture has become increasingly mechanized, the future of farming is high-tech.

In fact, next year the agriculture industry will reach a new milestone, as the world's first robotic farm opens in Japan. Apart from staff of about 25 people who will plant seeds, robots will be doing most of the jobs required to keep the farm running. The company, Spread based in Kyoto, Japan, plans on farming lettuce and claims their system will harvest 30,000 heads of lettuce every day.

Inside the world of robotic farms

To get a closer look at how robotic farming is paving the way for farmers and farm life, The Current's Julian Uzielli joined Anna Maria Tremonti in studio to explain the daily process of a Southern Ontario dairy farm — where the cows get in line for the robots.

Automation in farming has become commonplace for repetitive tasks such as irrigation and packaging and farmers say it's only a matter of time before harvesting produce will be added to this list.

In Canada, automation is popular in the dairy sector. Traditionally, farmers would have to physically connect an automated milking machine to the cow, and then the machine does the rest. But the robotic milking machines that Rick Shantz and his family use on their Ontario farm don't need a person to lift a finger, or even be in the barn.

​"There are always dirty jobs for kids to do on the farm — whether the cows get milked by themselves or not... you still need a good work ethic."- Dairy farmer Brett Shantz of Rickeen Farms

The robotic milking machines on Rickeen Farms are monitored by a computer, identifying each cow by her electronic collar. The computer tracks how much milk each cow has produced and how long since she was last milked. When there's a problem, a message is sent to Rick and Doreen Shantz's smartphone.

According to Rick Shantz, the cows seem happier than they used to be before milking was done by robotic machines. And the Shantz family is also content not having to wake up early and being able to do the same amount of work with fewer hands.

The tractor in this video is completely autonomous.

While automation is one of the reasons there's been so many job losses in manufacturing — taking over repetitive tasks, experts in the field says it's to time to  re-think the point of jobs themselves.

Despite automation, the Shantz family says cows still need personal attention. And although some farmers are skeptical of robots are taking over jobs, experts in the field say that with technology forging ahead it's time to re-think the point of jobs themselves.

If you have experience farming, what do you think of these changes to the industry?