Trump targets Canada's lumber with tariffs, dairy industry may be next

Trade relations between Canada and the U.S. are heating up with recent tariffs imposed on importing soft lumber into the states. Is the dairy industry next? 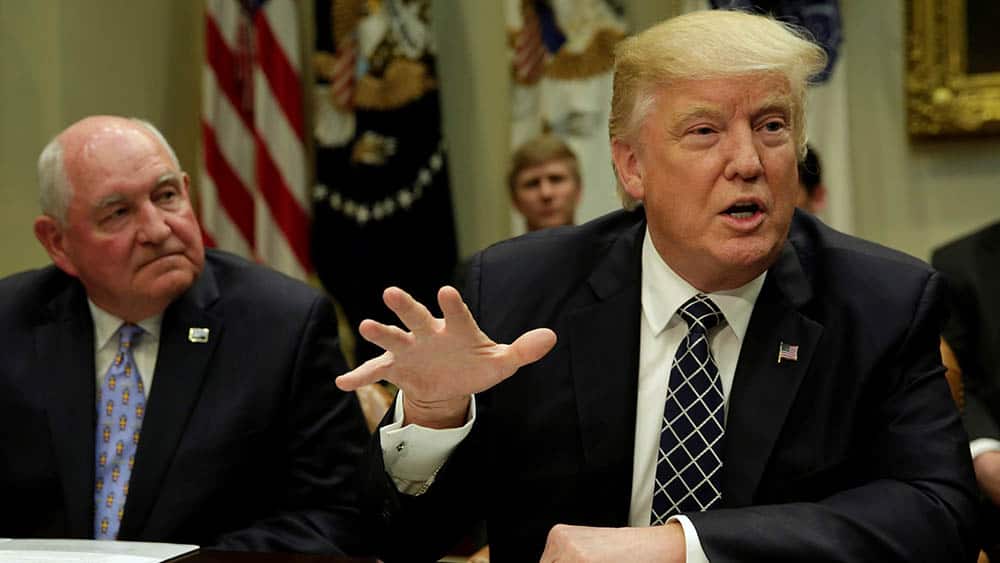 4 years ago
0:57
U.S president says Canada has outsmarted U.S politicians for many years, but he doesn't fear a trade war 0:57

It's no secret how U.S. President Donald Trump feels about NAFTA and trade agreements with Canada.

The U.S. commerce department has slammed Canada by imposing tariffs on soft lumber entering the states. Imports will face duties as high as 24 per cent.

Canadian dairy could be feeling the squeeze next.

Trump's campaign to do more for Americans, is actually doing the opposite, says Jamie Lim, president and CEO of the Ontario Forest Industries Association.

"I'm not sure President Trump really understands what's going on here. But he has certainly conformed to the same practices, the same tactics that former presidents have used."

Lim argues the U.S. relying on baseless informed allegations to prompt unlawful duties is a recipe that has worked for them for 35 years.

"They starve the Canadian sector of cash — a billion dollars a year — and then we fall to our knees, we capitulate and we agree to a bad deal.

Ontario dairy farmer Murray Sherk is confused with Trump's rhetoric on the dairy trade because he says "there is a quite a massive trade surplus from the United States to Canada in dairy products."

He tells Lynch that he feels badly for those in the soft wood lumber industry and also for the dairy farmers in Wisconsin who received letters from the co-op in early April stating they would no longer take their milk.

"I just can't imagine that happening on our farm and in fact it wouldn't happen in Canada because we have a system that shares all markets."

Sherk says although dairy farmers are concerned, they are grateful for the government's support.

"I think our prime minister made a very telling statement the other day when he essentially said there's no such thing as free trade in agriculture and that every country tends to support their agriculture in some fashion."

Is this the beginning of a trade war?

U.S. commerce secretary Wilbur Ross has accused Canada of "dumping lumber in the United States and not playing by the rules" — prompting some concern of an impending trade war.

But CBC`s parliamentary reporter Janyce McGregor, who has been following the official reaction to the brewing trade tensions, doesn't see that happening.

She tells Lynch that the move comes from seeing an opportunity for political benefit.

"I think it suits Donald Trump right now to look at something like these countervailing duties which I personally believe that even if we had a Democrat in the White House they would probably still have been levied this week," McGregor says.

She suggests Trump's tough stance fighting back and looking after American industries is a further example of his political strategy.

"His campaign and his style of governing to this point is very definitely I think to want to be a champion of people he identifies as victims of this system, and wanting to …. look like a negotiator," McGregor explains.

"And therefore you have to find enemies. And in terms of these two particular industries it's not great for Canada, but the fact is I guess it's useful for him to target Canada."

This segment was produced by The Current's Ines Colabrese, Shannon Higgins and Seher Asaf.