Boy on the beach: How Alan Kurdi's family are turning their grief into a fight to help refugees

After the drowned body of her three-year-old nephew Alan washed up on a Turkish beach, Tima Kurdi became an advocate for the world's refugees. She has now written a book about her own loss, and what the world must do to stop it happening again.

This story contains graphic images some readers may consider disturbing.

The day after Tima Kurdi's world fell apart, her husband showed her a picture.

It was of a young boy on a beach, fully clothed but lying face-down at the water's edge, like an exhausted toddler who had awkwardly fallen asleep.

Tima recognized the red T-shirt, and the small shoes she had bought him a year before.

The picture was of her three-year-old nephew, a Syrian refugee whose family had been trying to reach Europe from Turkey. The day before, in early September 2015, Tima had learned that Alan, his brother Ghalib, 5, and their mother Rehan had all drowned in the attempt. Tima's brother Abdullah survived.

That photo was seen the world over, and Alan's tiny frame became a defining symbol of the refugee crisis.

Tima has written a book, titled The Boy on the Beach: My Family's Escape from Syria and Our Hope for a New Home. It's the story, she tells The Current's guest host Laura Lynch, of how her family's lives were shattered by the war, and how the deaths of her loved ones thrust her into the fight to save refugees.

Tima had already made her way from Syria to Canada when her brother's family arrived in Turkey, fleeing the ISIS invasion of Kobani.

She remembers her nephew as a happy boy, who was always laughing and talking in the background when she made video calls to the family. When his mother took him to the grocery store, the owners would add a little extra something to the bags, telling her it was "for this little angel" as they touched his cheek.

Life in Turkey was hard, so that little extra came in useful. With very little money, Abdullah relied on Tima's help to pay rent and buy food, but he refused anything for himself.

His hopes, like thousands of other families living as refugees, lay in reaching safety in Europe or North America.

Tima had been lobbying her MP in B.C. to secure the family's entry to Canada, but Abdullah ran out of patience. After discussing their options, she sent him the $5,000 to pay a smuggler to ferry them from Turkey to the nearby Greek island of Kos.

On August 31, 2015, Abdullah and his family joined a group of more than a dozen people on a boat.

At a press conference in the days that followed, she would tell reporters that Abdullah told her he knew the journey would be safe, because the water was so calm.

"Alan was so excited, so happy for that trip," she told reporters, adding that he said: "We're going to have fun, Daddy." 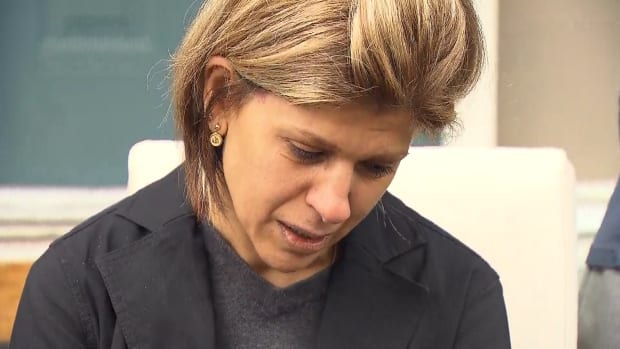 A butterfly in your heart

In B.C., Tima lay awake for hours that night, worrying about her family. Eventually she drifted off, but woke again at 4 a.m. to a list of missed calls.

"It was almost like a butterfly in your heart, that you have to run to your loved one," she said, describing the panic that began to grip her.

The calls were from her sister and father in Damascus, as well as family in Turkey. She phoned her sister, Shereen, and could only make out the sound of crying.

"I screamed as loud as I could: 'What's wrong with Abdullah? I can't hear you, I can't understand you,'" she recalled.

She dropped the phone as her husband and son ran in, to find her shaking and crying so hard that she couldn't redial.

"She was crying, and she said to me: 'Abdullah's kids, and his wife, they drowned,'" she said.

The world wakes up too late

She saw the photo of Alan's body washed up on a beach the next day.

The refugee crisis had dominated headlines all summer, but now popular opinion shifted on a fulcrum of grief.

Germany agreed to take in another 50,000 refugees; Tima was invited to speak to the UN and the European Union; and Abdullah was flown home and given police escorts and a place to stay.

"All of a sudden the whole world opened their eyes, when they saw that image of the boy on the beach," she said.

Everyone promised to do more, she said, but the goodwill was short-lived.

"After two months everybody went back to sleep, back to business, and they forget," she said.

These images continue to this day, she said.

"We keep seeing images of innocent children dying, but it doesn't move them any more."

Tima and her brother now run the Kurdi Foundation, which works to bring aid to children in refugee camps.

"I felt there is a thousand other people going through what my family is going through," she said, "so I want to speak up."

It started with a very simple gesture: collecting diapers to distribute to refugees.

Money had been too scarce for diapers for Alan, she explained. Rehan had used a cloth and plastic wrap, meaning that Alan always had a rash.

"I don't want any baby in the world to go through what I couldn't buy for my own son Alan," Abdullah told Tima.

She gave him $500, and they filled a van full of diapers.

"The minute we went to the refugee camp, all I can see is Abdullah smiling," she said.

"It meant the world to him."

Written by Padraig Moran. This segment was produced by The Current's Pacinthe Mattar.