Did you know that there are an estimated five million species of fungi on earth, and that we've identified only one per cent of them? Or that fungi are more closely related to animals than plants?

Fungi have a lot more to offer than mushrooms for your salad.

Though the microscopic creatures have been around for at least a billion years, scientists didn't know much about them. It took years to develop scientific instruments that could detect and analyze them.

With that technology now in hand, scientists are learning about the importance these miniscule beings play in our world.

"I think it's nearly impossible to see what kind of world we would have if we didn't have fungi," says microbiologist Anne Madden.

She's featured in The Kingdom: How Fungi Made Our World, a documentary premiering Sunday on The Nature of Things.

Fungi are a kingdom onto their own, separate from both plants and animals. To most, they look like plants, but they eat like animals, feasting on tissues dead or alive.

They move by spreading spores — think of them like dandelion seeds blown by wind to plant themselves wherever they land.

As those spores grow, they communicate with plants using chemicals to help shape the environment around them.

"[Fungi] have formed partnerships over the years with plants, allowing plants to take in different nutrients," says Madden. "That shifting of our world as plants began to grow really shifted how animals could take over the land as well."

From medicine to beer, fungi is plays a significant role in human life, too.

Penicillin, the first commonly used antibiotic, is derived from a type of fungus called Pennicillium.

As doctors warn about the danger of antibiotic resistance, scientists are looking for ways the fungi can fight back.

Bacteria and fungi have been intimate for a long time, says Gerry Wright, director of McMaster University's infectious disease institute.

"If the fungi are producing antibiotics in a sort of game of tit-for-tat warfare, maybe they've also produced compounds that block resistance."

Their hypothesis, Wright says, is sound. They found a certain fungi in Nova Scotia that can block antibiotic resistance in microbes that spread disease.

While they haven't begun human tests, Wright believes the findings could be game-changing — even if only temporarily.

"If we're successful, it will solve a small portion of antibiotic resistance for a period of time until the microbes evolve out of it," said Wright.

Happy hour might also reap the benefits from fungi.

Sour beer, a style of the libation that's intentionally tart, is made from certain types of yeast — another species of fungi. All beer is made with yeast, but sours are trickier to make than other varieties.

Madden's team recently discovered a new species of yeast — derived from wasps — that could make the process faster and less costly.

Unlike fungi that spread spores, yeast can have trouble getting around. They often hitch a ride on the back of wasps and bees.

The new species they found "could make a valuable sour beer in record time," Madden said, one that has "honey notes and fruit and flower aromas."

For all the great things that fungi do, they can also harm.

For example fungi are a contributing factor to ailments like yeast infections.

More seriously, however, are some types of fungi that have emerged as climate change warms the planet.

Cryptococcus gattii, for example, appeared in British Columbia and the U.S. northwest over the past two decades.

That fungi can lead to a lethal infection in both humans and animals.

"It is really the thing out of science fiction horror movie," said Madden. 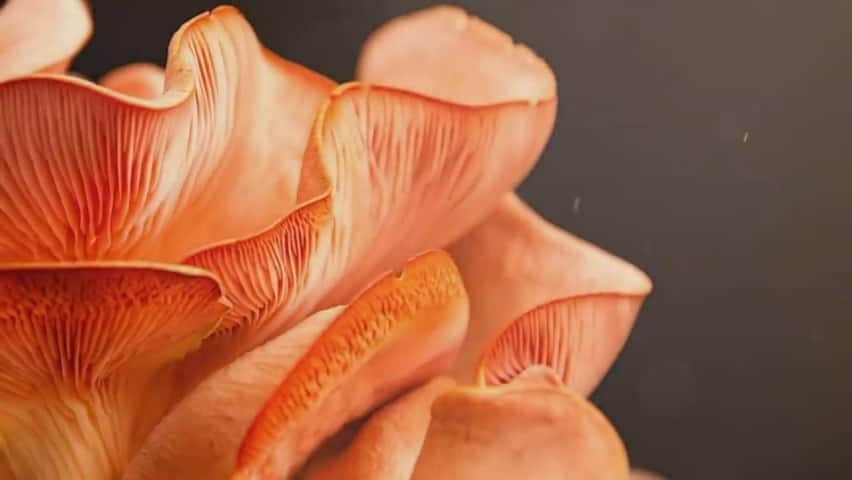 The Kingdom, How Fungi Made Our World: Promo

3 years ago
1:48
The evolutionary story of how fungi shaped all terrestrial life — including us. 1:48

She stresses, however, that most fungi are safe to humans. You can thank your balmy (to fungi) body temperature of 37 C.

"Fungi typically don't like living at that temperature," Madden said. "That's great because that keeps a bit of separation from us."

As humans, Madden believes that we fear microorganisms as a defence mechanism. After all, microbes are the tiny creatures that make us sick.

"That's helped keep us safe in the past … but we know that fear can also limit us," she said.

As scientists continue to unpack the mysteries of the fungi kingdom, Madden believes we'll continue to discover novel uses for them.

She's optimistic about finding "more ways that these fungi can help us in terms of new therapeutics, in terms of coming up with ways to break down pollution and doing things that we can only imagine."

This segment was written by Jason Vermes and produced by The Current's Karin Marley.