"I worked in a system where systemic racism was the norm," says Dr. Shannon McDonald. 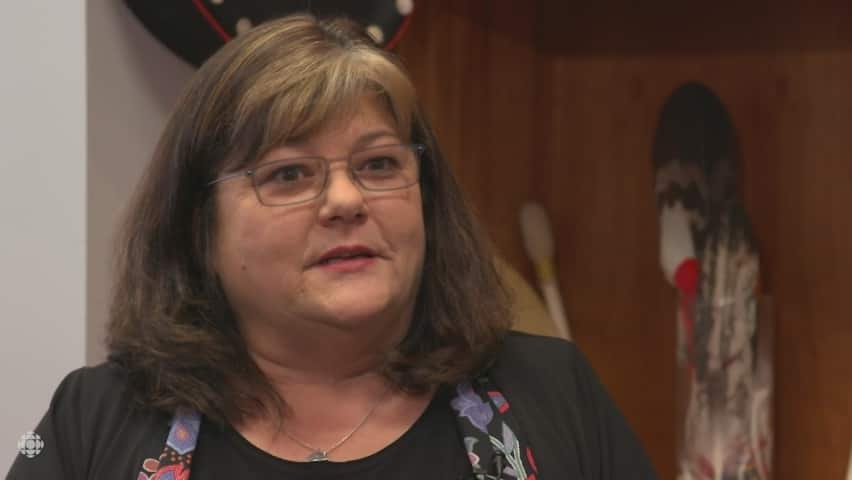 3 years ago
2:38
Dr. Shannon McDonald believes Canadians can learn much from the Indigenous approach to healing, which places 'cultural humility' as much as it does physiological care. 2:38

Dr. Shannon McDonald has seen first-hand the effects of systemic racism, particularly against Indigenous peoples, in the Canadian health-care system.

Back to home page

"I worked in a system where systemic racism was the norm," she says, recalling problems ranging from offensive remarks by physicians to difficulties reaching sick people in remote communities for life-saving care available only in major hospitals.

Now, as part of B.C.'s First Nations Health Authority, she believes the system can learn a lot from the Indigenous approach to healing, which places emphasis on empathy and "cultural humility" as much as it does physiological care.

McDonald had mostly positive experiences when visiting the local hospital when she was a young Métis/Anishinaabe girl growing up in Manitoba.

"I had some health issues as a kid, so I was in the hospital quite a few times," she recalls. "I remember our pediatrician was a very tall, thin man who had a very little red sports car, and he made house calls."

She had an overall positive relationship with the health-care system early on. But as time went on, things would become more complicated.

"In some cases people have an experience where they feel that the care they were given was insufficient. In some cases they have received comments from staff that are blatantly racist," she says.

"I've had the experience of being judged for who I was while I was ill in the emergency room … people had made assumptions about me."

These kinds of negative assumptions have had dangerous, even deadly consequences.

She remembers the case of Brian Sinclair, who died in his wheelchair after waiting for 34 hours in a Winnipeg emergency room. An inquest found that workers assumed he was drunk and "sleeping it off."

A report ruled Sinclair's death was preventable, and doctors and academics blamed it on racism.

"It broke my heart to hear that even in that circumstance, even in a busy emergency room, where so much is going on, that his needs were assumed to be less important than the needs of others," says McDonald. "And it resulted in his death — a very unnecessary death."

During her training and education at the University of Manitoba, McDonald says she grappled with the continued presence of systemic racism — embedded in the very workplace she was striving to join.

"One of the biggest challenges for me (while I was) in training was coming face to face with systemic discrimination. And it happened every day," she says.

She recalls being called "a walking affirmative [action] program" by some of her colleagues.

"There were times I was told, quite bluntly, 'You don't belong here. You shouldn't be here. You're only here because of your genetic background,' basically.

To a patient who may already have a distrust of those who represent institutional authority — or who may have, indeed, suffered at its hands — it can be immensely difficult to question, or challenge, a doctor who may hold your health in the balance.

"We wear a uniform that people recognize — the white coat, a stethoscope around our necks. We have a different title in our name. We carry the power to make decisions about people's lives that they often don't have the power to influence."

'The gallbladder in Bed Three'

To McDonald, health care is improved by incorporating the Indigenous perspective: one where compassion is just as important as the scientific, physiological care. It's a "health-care journey" rather than simple treatment, she explains.

"In Indigenous thinking, health is very holistic. And it's a journey, and you can't impact the physical health without thinking about one's emotional health, one's mental health, or one's spiritual health. It really is about the whole person," she says.

"For somebody to come in and just look at me as 'the gallbladder in Bed Three' is very insulting."

That holistic approach extends even to treatments that might not be found in a Western doctor's guide, such as traditional Indigenous healing methods, according to McDonald.

Things like alternative medicine, such as traditional Indigenous therapies, should not be immediately dismissed if it isn't in the Western doctor's guide book, she says.

Sometimes, she says, this may simply mean a doctor should refrain from chastising someone for taking part in traditional methods. It might involve making sure that the therapy, whatever it is, doesn't conflict with the physician's prescribed treatment.

McDonald brings up the sweat lodges that her Anishinaabe First Nations built out of red willow wood.

"It's easy to bend, and it makes a good structure," she says.

"But it's also the root component of acetylsalicylic acid, better known as Aspirin. So one of the things that happens when you're in a sweat lodge — where it's hot and it's steamy — is that that chemical component is released and can relieve pain in a scientific technical proven way."

Opioid crisis in B.C.: 'It's hit us hardest'

Calls for compassion and understanding have perhaps never been more critical than now, in light of the ongoing and devastating opioid crisis.

"The situation in B.C. is the worst in Canada. It hit us first. It's hit us hardest," says McDonald.

"There is a sense of tragedy and a sense of loss," says McDonald. "But there's a lot of people working really hard to change the situation."

The factors that exacerbated the crisis's effects on First Nations are numerous, diverse, and in some cases stretch back generations.

"I think that the most prevalent [factors] in the stories we hear most have to do with the echoes of colonization," she says. "Living in a racist environment — residential schools, poverty, isolation, lack of education and employment opportunities. Disrespect. Abuse.

"Those are all factors in creating the pain that drives people to use substances to end pain…. We have a pain problem, not a drug problem."

'We still have work to do'

McDonald doesn't know how long it will take for the opioid crisis to subside in B.C. or across Canada. "Like every time people enter addictions treatment, it's one day at a time," she says.

Significant strides have been made to combat systemic racism, especially regarding Indigenous people in Canada, but, if the disproportionate figures from the opioid crisis are any indication, the fight isn't over.

"From an Indigenous lens, racism is part of our individual interactions, (and) our systemic interactions, and that's never going to change until everybody's on board," she says. "So we still have work to do."