'A community of widows': How African-Nova Scotians are confronting a history of environmental racism

‘A community of widows’: How African-Nova Scotians are confronting a history of environmental racism 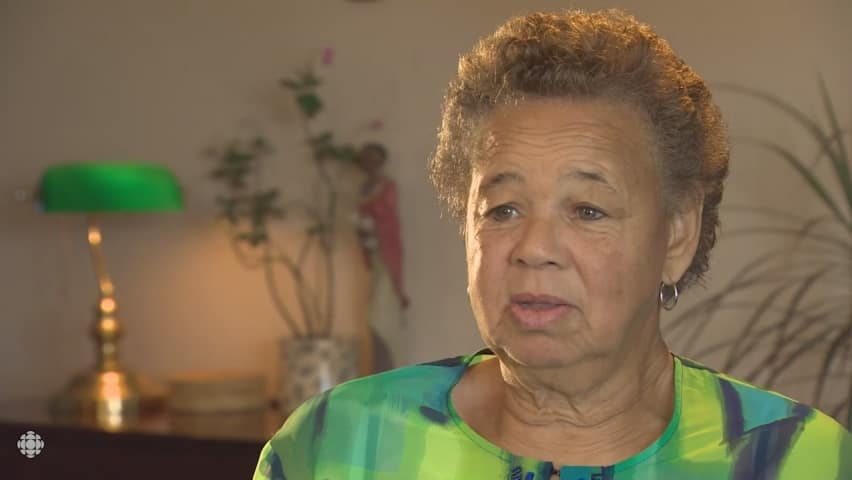 3 years ago
3:50
Delisle says the black community of Shelburne, N.S., has become 'a community of widows' because of their proximity to the town dump 3:50

Update June 29, 2018: In March, Dr. Ingrid Waldron and Louise Delisle's NGO, Rural Water Watch, received funding from Nova Scotia Environment to conduct the first water testing project in Delisle's community of Shelburne this summer. They will test for contaminants in the water, and hope to address concerns about drinking water quality.

"The purpose of Rural Water Watch is to equip rural Nova Scotian communities (including African Nova Scotian and Indigenous communities) with the knowledge, skills, literacy and resources to address their concerns about drinking water quality," Waldron told The Current.

Louise Delisle can remember the smell of the Shelburne dump blowing past her family home when she was a child nearly 60 years ago.

Back to home page

The first time she saw flames near her home she thought it was coming from a forest fire.

"My father said no, it's the dump fire," she recalls.

The dump, situated on the south end of Shelburne only about a half-kilometre away from Delisle's home, would be regularly set on fire to incinerate the growing piles of junk garbage and refuse.

"It was always that pungent, very pungent smell" wafting through the community that lived near the dump, she says.

"The dump never really went out — the fire always burned there," she says. "It was always smoldering at all times, and the smell was so sickening. Sometimes the smell was bad that people would get sick to their stomach from it."

The Shelburne dump was built in the 1950s and permanently closed in 2016. The site's location in the predominantly black community is "environmental racism," according to Delisle.

She says the community continues to suffer from the long-term effects of living near a site filled with industrial, medical and other types of waste then regularly lit ablaze.

She recalls her father sitting outside their house with a gun to shoot rats who would migrate from the landfill into the residential areas, and men in hazmat suits leaving behind barrels of unidentified waste.

"You think about that kind of thing and not knowing what was in them, we have to ask: what were we being exposed to?"

Since then, Delisle's father died of prostate cancer, and her brother died of stomach cancer. Her mother is currently fighting breast cancer. Other close family members either have or have had cancer or other autoimmune diseases.

Delisle isn't alone. Residents of the community have mapped homes around the dump site that they say have been affected by cancer.

An excerpt from an email to The Current from Shelburne Mayor Karen Mattatall:

"Regular operations at the Town Dump ceased in the 1990s. In 2016, the Town Council ended the practice of accepting yard clippings and tree limbs from local residents which were stored on the Dump premises, on recommendation from Town Staff. The Nova Scotia Department of the Environment was not involved in this decision."

The map encompasses dozens of stories similar to Shelburne's: a dump and slaughterhouse built near Halifax's Africville in the late 1700s; paper mills effluent ponds next to the Pictou Landing First Nation; and yet more landfills built in the black community of Lincolnville in Guysborough County.

Delisle believes the community's history with cancer, disease and death are connected to the dumping ground for industrial and sometimes even medical waste just around the corner.

"The majority of the black men in the community have died from cancer," she says.

"There's a community of widows in Shelburne. That's what it is."

Today she's a member of a local group called the South End Environmental Injustice Society (SEED). They've partnered with other advocacy groups and academics in Nova Scotia who fight to raise awareness of what they call environmental racism.

That term argues that waste disposal sites have been historically been placed primarily in close proximity to non-white — especially black and Indigenous — communities.

Given the limited scope of the data and Shelburne's small population of around 2,000, more research would be needed to definitively say whether cancer rates are greatly exacerbated by the proximity to the dump.

Ingrid Waldron, lead researcher at ENRICH, has been spearheading the group's environmental research and political efforts since its founding in 2012. She says the aforementioned map, along with "the personal experiences of community members" and information on how the conditions may have affected their health will be crucial in spurring government action.

"One thing that an epidemiologist on my team said to me from the beginning [was] … You can never say definitively that it [the rates of cancer] is connected to the dump. But what you can say is that it's highly probable. And for me that's enough," she says.

In 2015, an NDP private member's bill proposed the province adopt an environmental bill of rights that would formally acknowledge a history of environmental racism.

The bill hasn't made it all the way through the Nova Scotia Legislature, but has been reintroduced multiple times over the last couple of years.

More recently, ENRICH has partnered with the East Coast Environmental Law Association (ECELAW) to draft a new version of the bill. They hope to speak with government officials from all major parties in the hopes that a non-partisan effort will give them a better chance to formally pass the house in the future.

The new bill affirms the right to clean air, water and soil for everyone, says Waldron, but with language foregrounding black and Indigenous communities because they have historically been disadvantaged.

Delisle specifically stresses the need for extensive water testing to determine whether toxic runoffs from the dump have affected, or are continuing to affect, Shelburne's water supply.

"We think our water is part of the problem. Once we know what the [level of] contamination is, we're planning to seek compensation on the basis of environmental racism," she says.

"I want to see if there's as much cancer in the north end of the town. Every time you hear about rare cancers, it's down here."

According to Waldron, communities like Shelburne have suffered deep psychological wounds in addition to the high rates of cancer and death.

"The black communities here are much more low income than in Toronto and in other places; they experience much more oppression. They have lower employment rates or underemployment. They have lower educational rates. So they're the most oppressed African black Canadian group in the country."

Delisle says she's felt the ripples of her community's lack of power since she was a girl living in Shelburne.

"Environmental racism is sowed into Shelburne and other communities as well through Nova Scotia," she says.

At the time, she says, no one was able to speak out in the ways she and others can now.

'I was not shy to say it's racism'

Waldron says she's encouraged to see a growing number of students and young people take the cause to heart.

"I would say the government has taken notice," she says. "They certainly haven't passed any bills, but I think the more that we continue to resist, the more they're going to have to respond."

The Nova Scotia Department of the Environment told The Current it is "committed to an effective, consistent, and equitable approach to ensuring compliance with these regulations."

The statement added, "In regard to Shelburne, the department has received complaints from the community in the past that have been addressed and resolved."

She also says the move away from labelling these issues as "environmental justice" and other "code words" has galvanized a stronger movement to confront and identify the historical roots of the problem.

"I was not shy to say it's racism," she says. "They know the term environmental racism. I think they've become certainly more educated about the issues."

With files from Ruby Buiza and Yamri Taddese