A two-day emergency meeting in Ottawa begins today, to discuss what the Minister of Indigenous Services has called a “humanitarian crisis.”

The care system is riddled with "perverse incentives", according to the minister determined to overhaul it.

Children are being apprehended for reasons ranging from poverty to the health and addiction issues faced by their parents. In some provinces, rules around housing mean that your children can be taken away if you don't have enough windows.

"Right now dollars flow into the child welfare system according to the number of kids that are apprehended," said Jane Philpott. "So the more children in care, the more money comes out of government coffers."

Philpott, the minister of Indigenous services, has convened a two-day emergency meeting in Ottawa today, to discuss what she has called a "humanitarian crisis" — enormous numbers of Indigenous children not living with their birth parents. 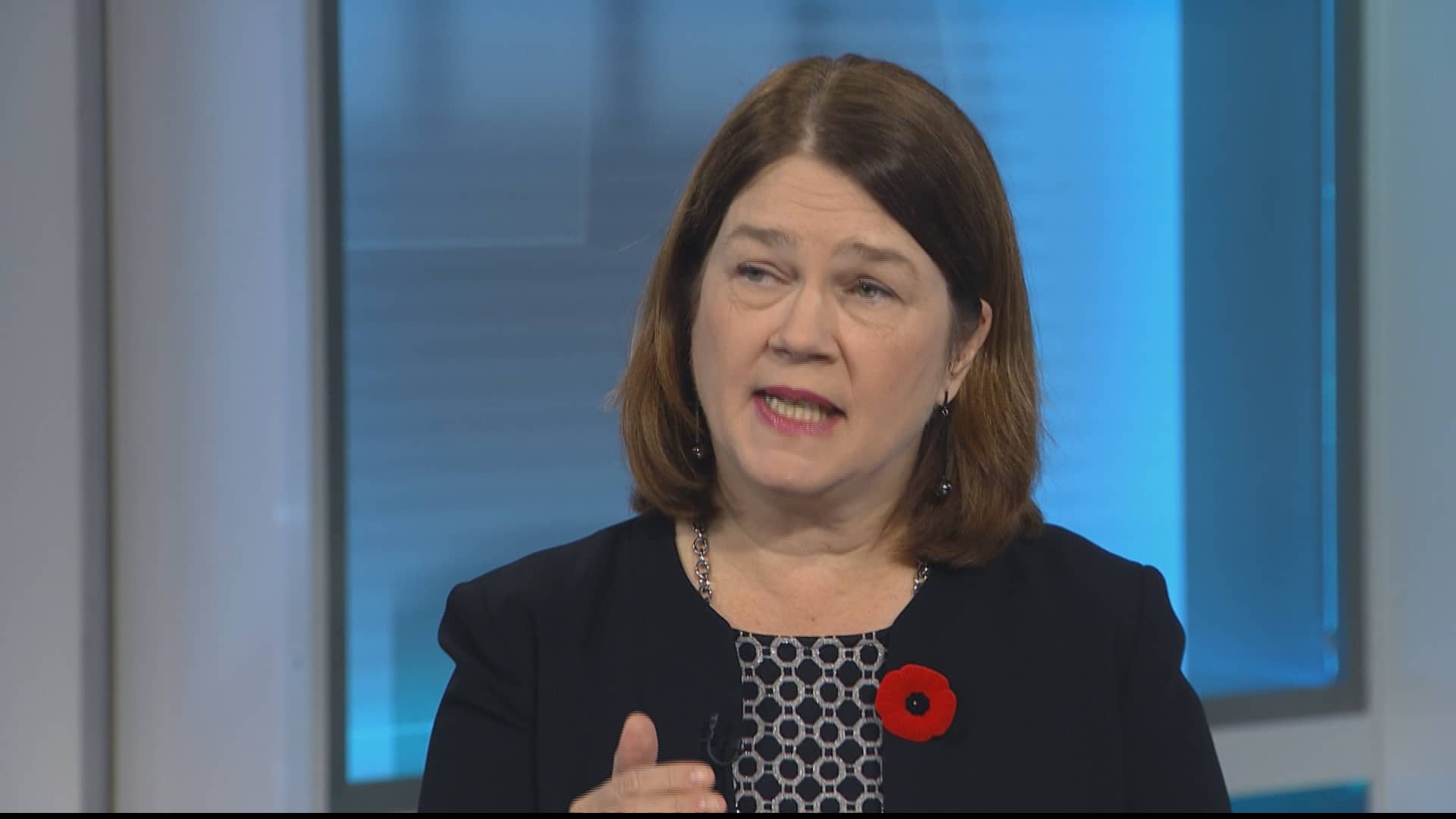 3 years agoVideo
5:58
'Kids need to be with their families in their communities and cultures,' says Indigenous Services Min. Jane Philpott. 5:58

The flow of money is a key issue to address, she said. If financial incentives were based on "how many children we were able to keep in homes, how well we were able to support families — then in fact there would be no financial reason why the numbers would escalate."

One Indigenous young person, jaye simpson, has described the care system as "designed as a machine to destroy indigeneity."

Philpott said that this is "the harsh truth."

"This person points out very clearly that it's not that the system is broken, the system is doing what it's been designed to do. We have to disrupt that system. We have to change those incentives. And the sooner we can do that the better."

Philpott said that more preventative work can be done, by ensuring families are receiving Canada Child Benefit, as well as funding housing and health services for parents.

Where intervention is required, there are options that keep families together, she said.

"What about looking at options so that maybe an aunt or a grandmother could care for those children," she said, "Or there could be support for something that's called kinship care, where people of the same kin, of the same culture can look after children whose parents aren't safely able to care for them."

Adoption and mistakes of the past

Philpott noted that the most problematic policies of the past have been associated with adoption, in particular the Sixties Scoop where children were taken and raised in non-Indigenous families, cut off from their homes and cultures.

Laura Eggertson, executive director of the Adoption Council of Canada, is concerned that adoption is not being addressed at the conference.

She is the non-Indigenous mother of two First Nations children, and said that she and her organization fully support preventative measures. However, she noted that in Manitoba, 60 per cent of children in care have already had their parental rights terminated, meaning that they will not be returning to their birth families.

"I'm worried that permanency is being closed down because it's such a hot political topic," she said. "We have a lot of families who can be culturally competent even if they're not Indigenous, who would embrace the notion, I believe, of becoming Indigenous families as I did with my family."

Philpott agreed that all families can't be lumped together in the same generalizations.

This is not the first choice of what I hear when I speak to First Nations, Inuit and Métis peoples.- Jane Philpott

"It's not to say that it's impossible," she said, "for adoptive families who are non-Indigenous to make the appropriate effort and find the appropriate supports to be able to raise children to understand their Indigenous culture."

"But this is not the first choice of what I hear when I speak to First Nations, Inuit and Métis peoples," Philpott added.

Eggertson said that the Adoption Council of Canada has not been able to secure a seat at the conference, but Philpott said that with huge interest and close to 400 people in attendance, "there unfortunately are some who we just aren't able to find space for."

"[For] anyone who is committed to be part of the solution, to put the interests of children first, I hope that we'll be able to have an ongoing opportunity to converse."

This segment was produced by The Current's Kristin Nelson.