The value of wonder in a despairing world

The scholar of religion Karen Armstrong says rational thinking has brought all kinds of wondrous things to the world. But when the scientific worldview began to take over in philosophy and spirituality, something vital was lost — the sense of wonder.

“We've got to start looking at the wonders of nature ... and how we depend upon it for our very existence." 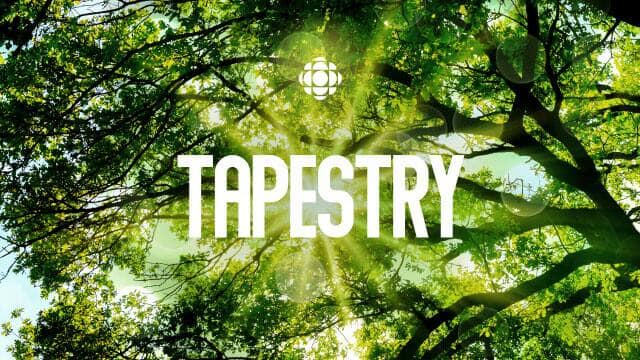 Tapestry47:16The value of wonder in a despairing world

Karen Armstrong is a historian of religion whose books have been translated into forty-five languages. When she won the $100,000 TED prize in 2008, she launched The Charter of Compassion. The idea was to encourage global understanding and peace, based on the "Golden Rule" - that we should treat others how we would want to be treated. The Dalai Lama and Archbishop Desmond Tutu were among those who signed on.

Karen Armstrong's latest project is exploring the link between the sacred and the natural world. She's found teachings about the divine in nature in just about all the world's religions. Armstrong spoke to Tapestry's Mary Hynes about her latest book Sacred Nature: Restoring our bond with the Natural World.

Here is part of her conversation.

You make the case that since the beginning of time, humankind has looked upon nature and seen the divine. But, you know, here we are in the 21st Century, and our vantage point is a lot of that seeing the divine in nature has been, quote unquote, outgrown. So, for example, we know better now than to think of thunder and lightning as the mark of an angry deity or to hide from a solar eclipse, because we think it means the world is ending. How do you invite the modern person to recover ancient ways of seeing the divine in nature when the 21st century brain just doesn't see things that way?

I don't know how it is in Canada, but very often when I'm at the beach or looking at a beautiful scenery, I see people chattering on their telephones or they take lots and lots of photographs of of a view instead of sitting in front of it, watching it, being with it, listening to the sights and sounds. First of all, we really just need to open ourselves to nature again and start to look at it. Even if we did it only for 10 minutes a day practicing what the Chinese called "Quiet Sitting", which wasn't a meditation or anything. It meant you just sat and listened and and took to the sounds of nature, took in all the beauty of it, or noticed each little insect, each twig, the wind, and just made yourself listen and be in nature. [If] we just started this for 10 minutes a day, we could sort of recover our sense of the natural world.

The field of climate psychology is developing. Climate grief is being acknowledged and studied. What have you learnt about despair? Does it have any place in the spiritual traditions of the world?

I think all the religious traditions are geared at preventing us from falling into despair, forcing us to try and look at things differently and see ourselves as precious and see everything around us as precious. But we don't do that very much. We've lost a sense of the divine, of the sacred. There's despair, but there's also a lack of interest in the natural world, really. We are interested in it scientifically, but we don't see its wonders in its beauty. We don't look at it anymore. And somehow we've got to acclimatize ourselves and we can't do that all at once. It has to be a step by step process.

In your study of the world's great spiritual traditions all through the centuries, what have you learnt about optimism or about hope?

Hope is something that we have to cultivate. We're not just Pollyanna. Life is constantly glorious because life is full of sorrow. We all have to face the prospect of our own mortality. Every time we pick up the newspaper, we could easily fall into despair. But then we have to look at the things that bring moments of joy into our lives, our children, for example, or animals which can delight us. Make ourselves aware, too, of the beauties of the natural world. You have lots of beauty in Canada. Plenty to feel in touch with. And of course, your Indigenous population there who have not fallen so wholly into the western way of looking at things, have learnt to cultivate a sense of the extraordinary beauty. Look at the magnificence of each thing. Even a tiny insect can cause us to be full of admiration. This one that I saw this morning, climbing up my window in the study. Tiny little creature. I have no idea what it was, but the world is full of such tiny moments of. Of wonder. And we've crushed the idea of wonder and awe. And I think that's something we need very much to cultivate.

There's a line of yours that stopped me in my tracks. This is about human nature. And you say, as far as we know, cats do not agonize about the feline condition, but I took that as being kind of a little gentle indictment of people like me who overthink everything. But I read on and you see it kind of as a sign of hope. Take take me through your thinking on this.

Religions have all, in their ways, tried to evoke, find ways so that we could be like cats in a sense, that we will learn to live with a knowledge of our own mortality and not be sunk into despair about it. Because we humans can fall very easily into despair. And once we do despair and no longer have hope, that's where we kind of give up [and] give way to all kinds of sorrow and distress and look at the evil that we commit and it can fill us with dread. And now one of the things that we're going to have to try to deal with is global warming. I mean, things are getting more and more serious every day, and the outlook for humanity is looking very, very grim. Somehow, we must find a way to pull back from the disaster and not just give in to despair, because otherwise, if we despair, then there's no hope for any of us. Somehow we've got to find a way out of our current predicament.

I want to quote you here on this note - recycling and political protest are not enough. Tell me about the kind of shift you're talking about, something more profound than changing a few habits.

We've got to change the way we think. You know, we all recycle and we do all the right things, but somehow it's not enough. Nature has been so marginalized in our lives. We see it as a sort of backdrop. We don't cultivate a sense of its magnificence and our sense of utter dependence upon it. Way back at the very, very beginning of religion, beginning of civilization, we see human beings grappling with this, grappling with the fact that we deal with sorrow, but making themselves see the wonder of nature, which they see as divine, almost as a sort of daily miracle.

In ancient Egypt, for example, the priests would follow the course of the sun every minute of the day, because in Egypt you always see the sun rise up in the heavens and rise to the apex of the universe and then sink. They followed it every day. They had a kind of story, a legend about what happened in the evening. The sun would die. But every morning somehow it would be brought to life again. And we could all relax for another day to make ourselves aware, as they did with beautiful ceremonies and rituals of the wonder of nature. We take sunrise for granted. We never think about it. They would cultivate the smallest thing in nature and see it as divine. Their economy depended entirely on the flooding of the Nile, which enabled them to develop agriculture. And every year the Nile would flood. And they saw this as an annual miracle, not something that you just took for granted. And I think we've got to start looking at the wonders of nature, because now that we are in such peril, realize how fragile it has been and how we depend upon it for our very existence. We've lost that sense and we need to cultivate it again. But with changing the way we think and I've tried to show several ideas about how we could bring that kind of consciousness back into our daily lives.

Produced by McKenna Hadley-Burke and Mary Hynes. Written by Rosie Fernandez.Q&A edited for length and clarity.