From ashes to glass beads: honouring a daughter's dying wish

A feature documentary about India Buxton Taylor, a 16-year-old girl who died of an extremely rare neurodegenerative disease, and the special pilgrimage her parents made to Japan to honour their daughter. 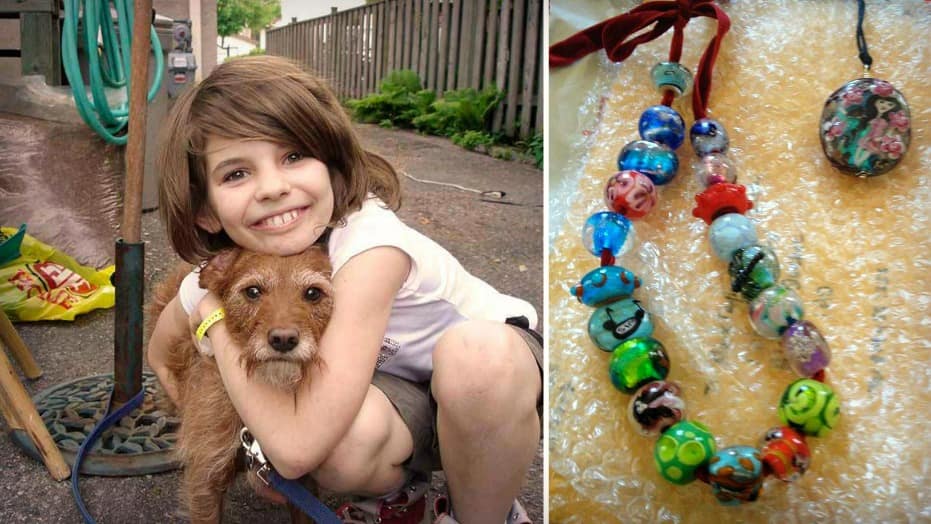 India Buxton Taylor was a perfectly healthy little girl. She climbed trees, went to gymnastics camp … but then she started falling down.

"She would just fall over as if she'd been struck on the head. She'd fall down on her knees [...] At first we just thought, 'Oh she has these crazy long legs, she doesn't know how to deal with them and that's all it is,'" says India's mother, Lesley Buxton.

But that wasn't all it was.

India was 15 years old before doctors figured out what was wrong with her: a rare neurodegenerative disease called SMA-PME (smooth muscle atrophy with progressive myoclonic epilepsy). At the time of India's diagnosis, only about 12 confirmed cases had been documented in the world.

India was diagnosed in January 2013 and she died in October of that year.

"When she died, I just couldn't face the idea of putting my daughter in the ground," says Buxton. "That's not where she belonged. She was a mover and a shaker and a traveller, and I wanted to take her to all those places."

Visit the Facebook page set up in India's name.

The place India wanted to go more than anywhere else in the world was Japan.

Determined to get their daughter to the country she loved, even after death, Buxton and India's father, Mark Taylor, decided to take India's ashes there. But they knew it wouldn't be easy.

"They have a lot of rules [in Japan] and I didn't think they'd really appreciate me carting my daughter's ash. So I thought, 'How do I get her in?'" says Buxton.

"It suddenly occurred to me, 'Oh that's how we'll do it. I'll have these beads made,'" says Buxton.

In this documentary, journalist Tina Pittaway recreates the pilgrimage Leslie Buxton and Mark Taylor made to Japan, fulfilling their promise to their daughter.

This segment originally aired September 25, 2016. Since then, Leslie Buxton has written a book entitled One Strong Girl: Surviving the Unimaginable: A Mother's Memoir. It will be published in October 2018.