I swear to God: These ministers are taking a lighter approach to 'colourful language' in the church | CBC Radio Loaded
Tapestry

I swear to God: These ministers are taking a lighter approach to 'colourful language' in the church

Daniel Benson and Allan Rudy-Froese are ministers who argue that in the right moment, the smart use of a four-letter word might be the most authentic and honest way to speak. 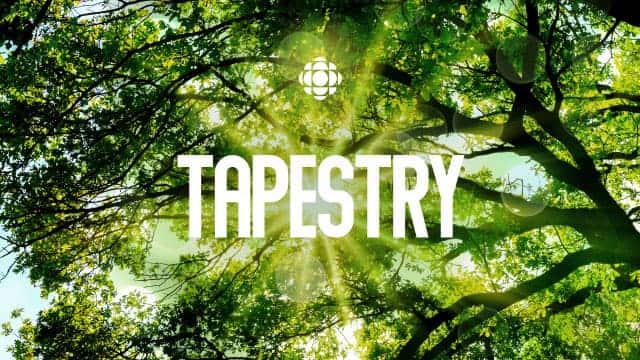 Growing up in Whitby, Ont., Daniel Benson lived in a household where swearing "was almost an art form."

His father was particularly deft with words that were "a little bit taboo," as he described it. And his mother was a Newfoundlander, "a people that are well-known for their colourful language and wonderful expressions," he told CBC's Tapestry.

It might be a surprising upbringing for Benson, who is now a United Church minister at East End Regional Ministry in Toronto. While he's reined in his use of swearing somewhat, he hasn't cleaned his language to a mirror-like sheen.

"Despite all the seminary training, years in the pulpit, endless hours sipping tea with little old ladies, men's breakfasts, basketball with teens, sitting with grieving families and celebrating joyous weddings, I confess I still haven't shaken my ability to swear with the best of 'em," he wrote in The Globe and Mail.

Benson is one of a handful of religious leaders who argue that in the right moment, the smart use of a four-letter word might be the most authentic and honest way to speak.

"Sometimes, the swear word is actually the most honest word," Allan Rudy-Froese, who teaches preaching at the Mennonite seminary in Elkhart, Ind., and at Conrad Grebel University College in Waterloo, Ont., told Tapestry's Mary Hynes.

"There's a kind of new honesty there about what's happening, and we're finding ways to put it into words, which is, I think, a very good thing."

Rudy-Froese doesn't go so far as to use curse words while speaking during a sermon in front of a congregation. But he said he's "intrigued" by others who have used strong language in their work, including Nadia Bolz-Weber, a pastor based in Denver known for her tattoos as much as her frank way of talking.

Speaking with the people

Benson says some longtime friends and family members have become "more guarded" about how they speak when he's in their company, apologizing if they use "a common swear word" within earshot.

Rudy-Froese had similar experiences while working as a pastor in Thompson, Man.

"[People would] hear a few weeks later that I was a Mennonite pastor and they would say, 'Oh, you know, I think I didn't know you were a pastor. I'm sorry. I might have said some swear words, like three weeks ago.' And I would just laugh," he said.

"It's like, really? You don't think I've heard those words before?"

Barbara Wilkes, treasurer at St. Paul's United Church in Scarborough, Ont., where Benson previously worked, praised his "approachable attitude" that put his parishioners at ease when they were together.

Benson's plain language — and acceptance of others using it — separated him from the ministers she knew decades ago, who styled themselves as aloof authority figures.

"You didn't treat him as a minister, although that's exactly what he was. You treated him as a person that you were working with to make things well and better at our church," said Barbara's husband, Bud Wilkes, 86.

Rudy-Froese has channelled his approach to swearing into some of his seminary lessons.

He recalled one exercise he tried where he asked everyone to recite The Lord's Prayer, but in an "angry and out loud" tone.

"It kind of worked, because it was a gut-felt response to God," he said.

That tone reflected "a deep frustration" that the world isn't always what it should be.

"[One line says,] 'Give us this day our daily bread.' Well, [there are] lots of people who don't have bread at all. And this is an issue of justice. And in the context of injustice, we should be angry, right?" he explained.

"Our anger should be turned into love and into service. But in the moment, there's just anger and it's probably good that we express anger."

Scientific research backs up the idea.

"The science really does tell us that swearing is good for you," said Olly Robertson, a researcher specializing in swearing at the University of Oxford in the United Kingdom.

Robertson was the lead researcher of a 2020 study that found that when people repeated the f-word repeatedly while submerging their hand in ice-cold water, their pain tolerance increased.

According to upcoming research by Robertson, swearing activates the parts of our nervous system that helps us relax immediately after experiencing stress.

We're also more likely to believe people when they swear, she added.

"We know this when we look at court transcripts or in mock trials," she explained. "People who swear, the jury find them more believable.... You wouldn't lie about it, because it's so intense."

Rudy-Froese noted, however, that some swear words and situations don't have the same upside.

"One of the categories of swearing is how we have really negative names for other people, other races, other people of a different colour than we are. And that's something that we really need to grapple with," he said.

The right word for a difficult time

Benson recalled a moment when he had to console a family of a parish whose son had been killed in a car accident. After moments sitting together in silence, the usual platitudes like "God needed another angel" felt useless, he said.

"I said, this is just one of the shittiest things that I've ever come across, that I've seen. This is just so shitty. And they looked at me and I could visibly see their relief," Benson said.

"Immediately, I was one of them in their grief. And that really helped make that connection that I could be with them, which I think is what my job is."