A new type of family: six housemates on the highs and lows of communal living | CBC Radio Loaded
Tapestry

A new type of family: six housemates on the highs and lows of communal living

Six friends pooled their resources and bought a house together. It was a creative way to break in to Toronto’s intense housing market, but their main motivation was to create a new kind of household in a society that idealizes romantic partnerships and nuclear families. 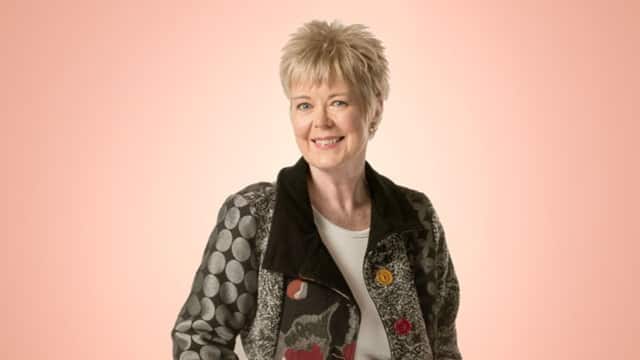 Tapestry13:19A new type of family: six housemates on the highs and lows of communal living

The residents of Clarens Commons —  a house in Toronto's west end — see their home as a community; but also as a kind of alternative model for what a household can be.

It was just over a year ago that the six adults — then, between the ages of 28 and 38 — pooled their money to purchase the $1.3-million detached home.

But while the collective-buying approach allowed them access to Toronto's exorbitant housing market, that wasn't the main incentive.

"For none of us was the financial aspect the main motivating factor for buying into this house," said Valery Navarrete, one of the housemates.

Instead, she said, it was all about living together as a community.

The six residents each have their own bedroom and plenty of space to get away from the crowd in the large house, but they all value a sense of connection.

"What's really rare and radical and unusual about the way that we're living is that we have all committed, to some degree, to prioritize our relationships with each other," said Mandy Sherman another of the residents.

She says Clarens Commons — a name they bestowed on their home — shows that people not living in a nuclear family can still benefit from the support of a tightly-knit household.

She says, in a society that idealizes romantic partnerships and nuclear families, Clarens Commons shows there are other, equally-valuable domestic arrangements.

"I think in some ways this is a counter to the tendency to value romantic partnership above all other relationships," she said.

"That doesn't mean you necessarily prioritize [your housemates] over your romantic partnership. And the way that balances out is going to be very individual to the person, to the partnership, to the circumstance. But we do want to put effort into more than just [our romantic] relationships."

Sherman said currently, none of the housemates are thinking of having kids and starting a nuclear family of their own. But, she says, if and when that day comes, the household would decide, collectively, if and how it could accommodate that kind of addition.

As it is, Clarens Commons is a busy place.

The house is the hub of a wider community of friends and family members who regularly stop by to hang out.

The residents throw parties and social events; they screen movies in their basement home cinema.

But despite the upsides, communal living isn't always easy.

"If you ask anybody who's in any kind of relationship — a marriage, or employer-employee, or even your best friend — there are always things that are going to come up as challenges," said Sabrina Bowman, one of the residents.

Bowman said the period when they first renovated the house after moving in was a trying time that tested their ability to sort out collective differences.

She said there was a string of a half-dozen meetings in which someone cried at least once.

And that she, herself, was at odds with her housemates over a decision about where to locate one of the bathrooms.

As is the nature of human interactions, Bowman said, tensions can sometimes run high over seemingly banal issues, but they had their consensus process and their goodwill to fall back on.

"All that process created this really incredible trust and faith in our ability to, kind of, face anything. You know I think that we were more prepared for this house than most people are for a marriage … I mean the paperwork alone,  but also just the amount of discussions we had ... very very open discussions."