Isabel Bayrakdarian's album Mother of Light was conceived as she prayed for her mother's life. She bargained with God: if you take care of my mom, I'll sing about Your mom. The result is a collection of Armenian hymns and chants in praise of Mary. 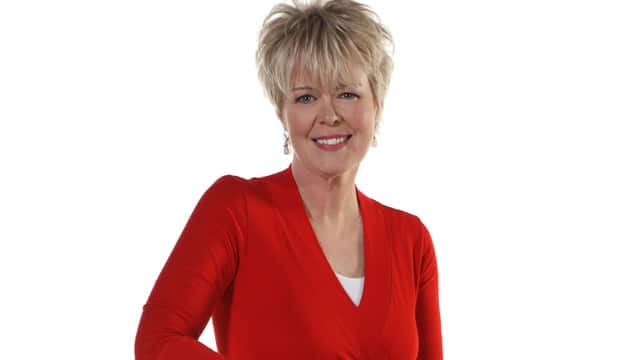 Soprano Isabel Bayrakdarian jokingly blames all the opera plots she's been immersed in her entire singing career — plots where a character makes a pact with a devil — as the inspiration for her own a pact with God, one she took very seriously.

"I said God, 'You take care of my mom, and I'll sing about your mom,'" said Bayrakdarian.

Her Juno-nominated album Mother of Light: Armenian hymns and chants in praise of Mary was the result of this promise Bayrakdarian made with God.

"This particular CD was born in probably one of the darkest moments in my life, in 2013. My mom has been a pillar to me and our family ... because I lost my father very young," said Bayrakdarian. "And out of the blue she suffered a massive stroke."

"I just refused for my hope to be snuffed out. I'm a very positive and hopeful person. I remembered I just started to pray and I appealed to the humanity of Christ," added Bayrakdarian.

"The way I saw it, the only thing that made us similar was our love to our moms, right? The Bible says He performed His first miracle because He didn't want to say no to His mother. So obviously He loved her. And I love my mom."

Keeping her end of the bargain

While Bayrakdarian's mother did survive a difficult operation, she was in a coma for more than a year, and then remained bedridden until her death.

The outcome wasn't what Bayrakdarian originally had in mind when she prayed to God. Nonetheless, she reasoned God had kept His end of the bargain, so it was time for her to keep her promise too.

Bayrakdarian embarked upon recording an album of old Armenian liturgical songs dedicated to Mary, who holds a very special place in the Armenian culture. She funded the album independently, with the help of her family.

​"My family pitched in beautifully and financially. And I must say everybody who came on board, every single person, did it with love and did it with so much generosity of spirit that this project, I felt it was blessed from its very first inception," says Bayrakdarian.

Liturgical music has its own special meaning for the Bayrakdarian family.

Isabel's mother was the choir director at their church when the family lived in Lebanon — before they immigrated to Canada —and the first time Bayrakdarian sang was as part of the church choir.

Isabel recruited her family's musical talents for this album, namely her sisters who sing alongside her at certain points.

Listen to selections from Mother of Light and other works

Click LISTEN above to hear Isabel Bayrakdarian talk about singing in the Elvish language for The Lord of the Rings: The Two Towers soundtrack, and why she always feels better after a performance.