Why we believe conspiracy theories

While it’s easy to dismiss conspiracy theorists, psychologist Rob Brotherton explains that people may be predisposed to believing conspiracy theories because of evolutionary traits. Furthermore, everyone has these qualities, some of us just more so than others. 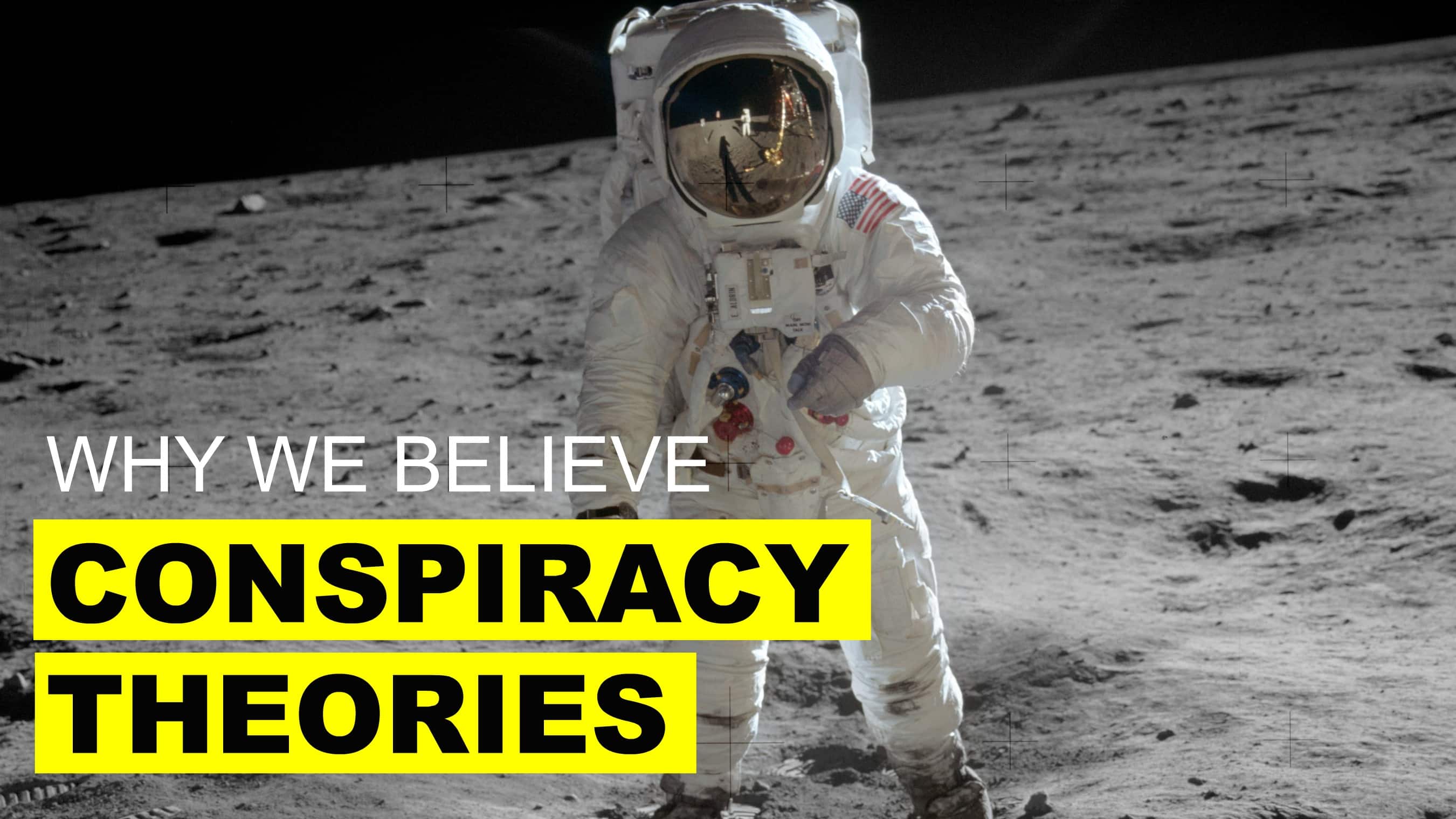 Psychologist Rob Brotherton on why we believe conspiracy theories

4 years ago
1:33
Psychologist Rob Brotherton on why we believe conspiracy theories 1:33

"We're all conspiracy theorists, some of us are just better at hiding it than others" - Rob Brotherton

Rob Brotherton has been studying conspiracy theories -- where they come from and why we believe in them -- for the better part of a decade. He is an Adjunct Assistant Professor of Psychology at Barnard College and the author of "Suspicious Minds: Why We Believe Conspiracy Theories".

While it's easy to dismiss conspiracy theorists as tin foil hat wearers (or if you are a truther, to dismiss mainstream society as sheeple), Brotherton explains that people may be predisposed to believing conspiracy theories because of evolutionary traits. Furthermore, everyone has these qualities, some of us just more so than others.

Profile of a conspiracy theorist

"Conspiracy theories fit with a lot of our biases. We're biased towards seeing patterns -- finding meaning -- even if it's not really out there. We're biased towards seeing intentions, rather than just assuming that things happen by accident; we tend to assume that somebody wanted it to happen. We're biased towards thinking that if something big happens in the world it has a big cause. We don't like to think that big events -- like the assassination of a president -- could have been caused by something as insignificant as one slightly unbalanced guy that nobody has ever heard of before. We have lots of these biases that are built into our brains for probably good evolutionary reasons, but a consequence is that sometimes we arrive at mistaken beliefs. Sometimes we might buy into a conspiracy theory regardless of whether it's really true or not." - Rob Brotherton

Win a copy of Brotherton's book

We have a copy of Suspicious Minds: Why We Believe Conspiracy Theories to give away. To enter your name into the draw, email us at tapestry@cbc.ca.

Excerpt from "Suspicious Minds: Why We Believe Conspiracy Theories" by Rob Brotherton

Introduction
Down the Rabbit Hole

All is not as it seems. There is a hidden side to reality, a secret realm buzzing with clandestine activity and covert operations. This invisible network constantly screens, sifts, and manipulates information. It conjures up comforting lies to hide the real, bewildering truth. It steers what we think and believe, even shapes the decisions we make, molding our perception to its own agenda. Our understanding of the world, in short, is an illusion.

Who is behind this incredible scheme? Some sinister secret society? Psychopathic bureaucrats in smoke-filled boardrooms? The Queen of England? The intergalactic shape-shifting lizards who she works for? All of the above?

There's a conspiracy theory for everything. Ancient Atlanteans built the pyramids. Abraham Lincoln was assassinated on the orders of his vice president, Andrew Johnson. The Apollo moon landings were filmed on a sound stage in Arizona. Area 51 is home to advanced technology of alien origin. Alex Jones, a conspiracy-minded radio host based out of Austin, Texas, is actually the alter-ego of comedian Bill Hicks (who faked his death in the early 1990s to pursue a career in conspiracism). And then there's Big Pharma, black helicopters, the Bilderberg Group, Bohemian Grove . . .

The rabbit hole runs deep. The conspiracy allegedly extends to the air we breathe (tainted by chem-trails), the food we eat (monkeyed with by Monsanto), the medicine we take (filled with deadly toxins), and the water we drink (spiked with mind-warping fluoride). Elections are rigged, politics is a sham, and President Obama is a communist Muslim from Kenya.

These are a few of the theories, but who are the theorists? Click here to read more...