After growing up on hymns and J.Lo, musician Daniela Andrade carves out her own Latina identity

The Honduran-Canadian singer-songwriter grew up steeped in opposing visions of what it meant to be Latina and none of them felt right. After challenging herself during flamenco lessons and an unforgettable trip to Mexico, Daniela Andrade arrived at her own definition of womanhood. 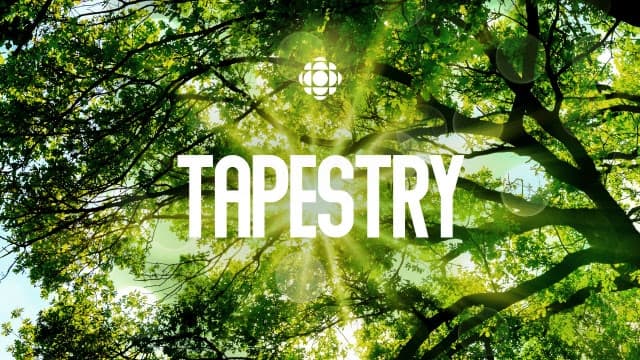 Tapestry18:39After growing up on hymns and J.Lo, musician Daniela Andrade carves out her own Latina identity

When musician Daniela Andrade went on her 2017 European tour, something felt off. Every time the Honduran-Canadian walked on stage, her body just didn't feel at ease.

"I'd be really nervous," said Andrade. "And I think that's normal, but [it was] also uncomfortable in my body. And I was like, 'Why is it that I am scared to have a bit more movement?'"

One reason was that Andrade, 28, began her music career literally sitting down. She rose to YouTube fame in high school, posting videos of her playing covers around her family home. Her live performances weren't much different: she would stand still with an electric guitar and a microphone.

Stage presence was not exactly encouraged growing up. Andrade had went to a Seventh-day Adventist church and religious schools where modesty was the norm. In those settings, there were no school dances and music was meant only for God.

So as the tour winded down, Andrade joined a flamenco school in Madrid, inspired by videos of the legendary flamenco dancer Carmen Amaya.

"These videos that I saw of her had like this incredible power that she emitted," said Andrade.

Flamenco was a dance Andrade could do without a partner, "so it's just about your visceral feeling," she said.

Andrade said she remains an awful flamenco dancer, but she learned a lot from the experience and the other women in her class. It was one of many important steps towards discovering what it meant -- for her -- to be a Latina.

Andrade was born in Montreal and spent her childhood in Edmonton in a musical family. Many of her siblings sang and her father played guitar. She joined the praise team at her church and she had her first choir solo when she was six-years-old.

Meanwhile, her parents monitored the kinds of music that was played in the home. Andrade's mother believed music should be in praise and service to God, and any other music was potentially dangerous.

Even her father's favourite balladeers, like Jose Luis Perales and Julio Iglesias, were not always welcome.

"My mom would get a little bit upset about it. So it was a bit comedic," said Andrade.

"Music seeps into your mind, and I totally respect how that's viewed, but it was an extreme where it's, 'Hey, we can't listen to this too much. It's not good for us.'"

In her free time, when Andrade would listen to music online, she latched onto 2000s staples like Metric and Linkin Park. She also admired Latina stars like Selena, Shakira and Jennifer Lopez, but Andrade was conflicted by the different version of femininity they presented.

"The dancing, the skin, the topic of being very open about your sexuality, just seemed very far-fetched for me. I was like, 'How do they do this?'" said Andrade.

"My parents would add these anecdotes whenever they would see me watching this stuff. They'd be like, 'Poor her ... she really needs God.'"

That left Andrade with two opposing visions of what it meant to be a Latina. One promoted a sense of devotion to the church, to selflessness and to domesticity, while the other path felt alien to the kind of life she was expected to lead.

"I just felt like I had to choose… Either I'm this super-conservative woman that dresses a kind of way and represents herself a kind of way. Or if I want to choose music, which is secular, then am I the other side of the spectrum?" said Andrade.

Forging her own path

As Andrade eventually became a YouTube star, she had to decide what her combination of Latinx identity and womanhood would look like.

The channel she started in 2008 quickly grew in popularity and now has more than 350 million views. Her cover of Gnarls Barkley's "Crazy" went viral in 2014 and was recently featured in the second season of the Netflix program, Umbrella Academy.

Andrade created songs of her own and released her first full album, Things We Said, in 2012. By the release of her 2019 album, Tamale, some of these internal conversations she'd been having about her identity and femininity came to the fore in a new way.

The title track explicitly discusses the role of women in families and what it means to provide, while the lyrics and music video for "Gallo Pinto" recount her parents' journey moving to Canada.

Andrade wanted to shoot a music video for her single "Genesis" in Honduras, but she was advised not to because of ongoing civil unrest. Instead, she decided to shoot in Mexico. She only was only there a week, but immediately felt a profound sense of home.

"I felt really connected to the language, the people. I felt like I was seeing my mom at every corner" said Andrade, who added that while Mexico and Honduras are not the same, the Central American countries share a cultural continuity.

"Just going to the museum and seeing paintings and sculptures of people that I felt looked like my mom, my grandma, my sisters. It moved me to a point I didn't really expect."

The trip and her work on Tamale provided Andrade with a deep sense of self-acceptance.

"Man, it's an incredible thing to be a Latina woman," Andrade said.

"There [are] whole peoples that are fully living in Latin culture and I want to bring that warmth back because it's a part of my identity."

Daniela Andrade has a new EP to be released on Sept. 30, titled Nothing Much Has Changed, I Don't Feel The Same. For our full conversation, click the listen button above.