Mike Finnerty: 'I feel like a hero in my cheesemonger apron' | CBC Radio Loaded
The Sunday Magazine·Point of View

Mike Finnerty: 'I feel like a hero in my cheesemonger apron'

CBC Radio host Mike Finnerty has taken a much-needed sabbatical from radio to work as a cheesemonger in London, U.K. 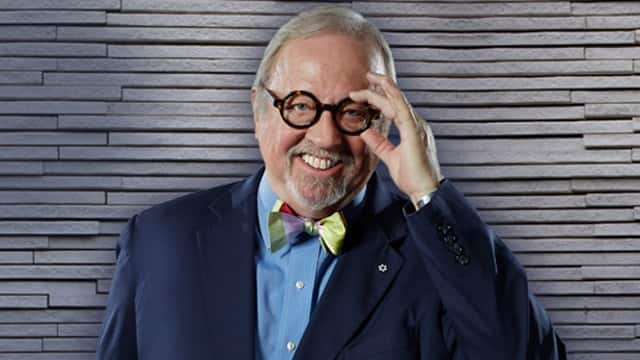 The Sunday Edition7:40Mike Finnerty takes a break from early-morning radio to become a London cheesemonger

Special to The Sunday Edition

And at the centuries-old Borough Market. there's already one trader bellowing for early business:

Me, I'm selling cheese. It says so on the bib of my work apron: "Cheesemonger."

Our stall is a few rows away from the fruit seller, under a massive wrought-iron and sky-lit canopy. At this early hour, the place echoes with the sound of boxes and crates being unloaded, and the grate and churn of metal shutters rising as another day's trading begins

Cheesemonger sounds exotic, but it's not glamorous work. Every day begins with a sweep around the stall perimeter to collect mouse droppings. Not many, mind you —  the pest control man says we're a mouse transit point only. That's because the cheeses are all sealed in their overnight fridges, and before going home each morning  we scrub, mop and bleach the place to within an inch of its life.

Cheeses require a lot of attention. Each one is different. And they are never the way you left them when you switched the lights off.

The big cheeses like Beaufort, Gruyère or Comté, "the hards" we call them, come in giant wheels. They weigh about 30 kilos each and need hoisting from their cooling cupboards to come out for display. We shave the cut pieces to revive their vibrant hues — deep yellow for the Comté, a rich off-white for the Gruyere.

The "softs," some mornings, look like they've tried a prison break. Bries and Coulommiers need a proper trimback, so that their creamy centres are flush with their firm, floury rinds.

When a cheese is having its day, people can be overcome.

It's a joy to see the surprise and delight on a child's face after tasting that perfect bit of cheese — sudden wide eyes, big smiles and then hands stretching out asking for more.

In my life, I'd lost that sense of joy and discovery — and that's what led me thousands of kilometres away.

I've loved hosting a radio program: my heart always skipped a beat when the microphone light turned red. I met exceptional people, had a great community of listeners.

But nine years of 3 a.m. wakeups, Monday to Friday, plus weekend and evening preparation? Well, one Friday this past winter, it all seemed to hit me. I realized the best of me had already been spent for the week. I had almost nothing left for my friends, for my loved ones, for myself. And it had been that way for years.

In my off hours, I just wasn't as sharp, wasn't as strong, wasn't as patient. The world seemed to switch from colour to black and white, and on a Friday evening at 8:30 p.m., there was nothing I wanted more than my bed.

I told my boss I needed a break.

I packed three medium-sized bags, and moved back to London, where I'd spent 10 years in my early career as a journalist, back to the same neighbourhood with its railway arches and weathered brick buildings along streets that Charles Dickens and William Shakespeare used to roam.

I needed to reconnect.

Why cheese? Well, it's French cheeses that we sell. Cheeses I was first introduced to at the age of 16 when I went on a high school exchange to France. It rocked my world. I discovered so much that year, I came home a different person.

I'm still close to my French host family, a family that brought out a platter of cheese, without fail, every night after the main course. At first, all I would eat was la Vache qui rit. But as my French improved, so did my sense of adventure. And I began to dare to taste their weirdly-smelling and wonderfully-shaped cheeses. I wanted that same energy again.

When I was asked at the job interview whether I was ready for the hard graft of cheese-mongering, I said yes. I believed the physical, tactile work of caring for cheeses, many from recipes people developed hundreds of years ago — well, I thought that would help ground me, find my feet again and reset.

Crucially, my work now is part-time. I don't make much money — I am dipping into my savings. But for the first time in my adult life I am not time-poor. I am time-rich.

I'm wide awake. And life is being lived in full colour. - Mike Finnerty

I have lunch with old friends without eyeing the clock or feeling my eyelids flutter.

I read, not just a page or two here or there, but in big, greedy chunks of time.

I run in Battersea Park three times a week and marvel at how it is never the same.

I pay £5 for a standing ticket at Shakespeare's Globe.

I wander down to the Tate Modern and sit in the Rothko Rooms for free, and, well, I just sit.

I've learned how to be my own handyman, with measured success

I've moved my cellphone and charger downstairs away from the bed, bought an alarm clock with a face and moving hands.

My modest cheese wages mean saying "no" more often. But having less has reminds me the joys of a meal consisting of a baked potato and a can of baked beans, and the delight of the rare gin and tonic, with a grocery store brand of English gin.

I am no longer seen as a leader and coach, but the trainee. My manager is 26-years-old. I get so much satisfaction from learning from him. He smiles when I pick up one of the trickier skills, and I feel like a million pounds.

When I take my break, the other traders speak to me like an old friend. At the smoked fish stand, I get half price mackerel, served with a day's report on the more eccentric customers.

I feel like a hero in my cheesemonger apron.

I don't know what all of this means yet and how my current and former lives will come together. I've put that part off.

But this year, a corner has been turned. Lessons are being learned, some re-learned.

I'm wide awake. And life is being lived in full colour.

Daybreak host Mike Finnerty has taken a sabbatical from radio to work as a cheesemonger in London, U.K.