It's been said that he read everything. And he seemed to remember everything he read. And he wrote about more of it than just about anyone. Harold Bloom — the most important and best-known literary critic of his time — died on Monday at the age of 89. We revisit Michael Enright’s 2005 interview with Professor Bloom — about literary greatness, mortality and the search for wisdom. 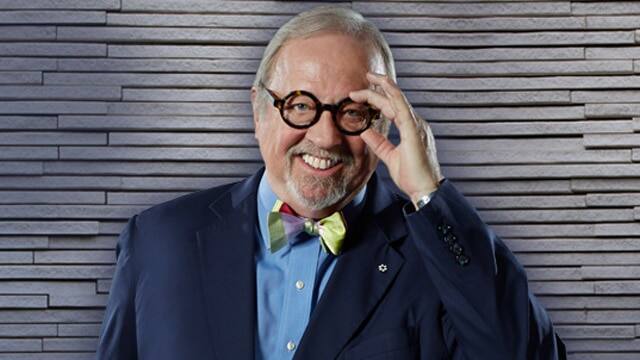 It's been said that he read everything.

He seemed to remember everything he read. He could recite all of John Milton's epic poem, Paradise Lost — that's 10,565 lines.

Harold Bloom was the most important and best-known literary critic of our time. He was that rarest of breeds — a literary scholar whose books are bestsellers.

Professor Bloom died on Monday at the age of 89 in New Haven, Connecticut — the home of Yale University, where he'd been teaching since 1955. His career that spanned more than six decades.

Wisdom tends to go out the window once we find ourselves in in crisis.- Harold Bloom

He was active at the university right up until the end — he taught his last class just days before he died.

He spent his career in the epicentre of literary theory at Yale, but refused to align himself with any particular school or trend in literary criticism, whether that be psychoanalysis or post-modernism.

Bloom was steadfast in his unfashionable belief in aesthetic greatness and literary genius — views he propounded in books like The Western Canon, The Best Poems in the English Language and Genius: A Mosaic of One Hundred Exemplary Creative Minds.

He wrote dozens of other influential books, such as The Anxiety of Influence and Shakespeare: The Invention of the Human.

In 2002, Bloom's prolific mind was almost stilled when he became very ill and nearly died.

His brush with mortality inspired his 2004 book, Where Shall Wisdom be Found? It outlined his own search for wisdom through what he saw as the pillars of Western literary tradition.

In the latter book Bloom wrote, "wisdom tends to go out the window once we find ourselves in in crisis." His health issues led him to a newfound vulnerability. He said, "[T]here is a kind of involuntary depression after open heart surgery ... There's something frank and stunning about it all."

In May 2005 Michael Enright spoke to Harold Bloom on The Sunday Edition about literary greatness, mortality and wisdom — where he sought it and where he found it.

Harold Bloom on Writers and Company Writers and Company54:30Harold Bloom in conversation with Eleanor Wachtel in 2001
The American literary critic and best-selling author died on October 14, 2019. He was 89. This interview originally aired in May 2001. 54:30