People turn to books to relax, to divert attention from the outside world and perhaps to learn something about themselves. I firmly decided at the beginning of the isolation that I would read all of Shakespeare. I began with Hamlet, Act One, Scene One. I got all the way to Act Two, Scene One."

'Reading is a huge component of confinement' 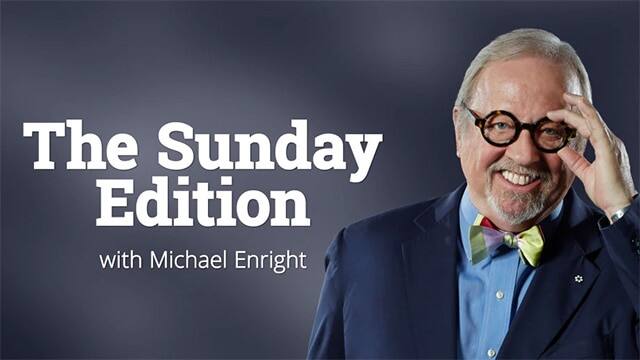 For the family, it was to be the trip of a lifetime: mother, father, daughter on a grand European tour. They were to fly out this past week. Then, of course, all was cancelled. The young daughter, locked away from school and friends, was a bit shaken by the whole thing. She was really looking forward to the trip.

The parents had an idea. In any normal year, the young girl was allowed to watch one TV program a day. But on an airplane, she could watch as much television on the seat monitor in front of her as she wanted.

The parents set up a special chair, like a passenger seat with a special seat belt for their daughter. They rigged up an iPad as the TV.

Best of all, they told her she could watch as much television as she wanted. Perhaps it wasn't the real thing. But in the imagination of a young girl, she was above the clouds in the bright sunlight, strapped into a special airplane seat, travelling to wherever the plane would take her.

It's the first day that we of the voluntarily incarcerated could actually get outside and run around. The parks in my city were alive with sunbathers, serious readers, defiant children, sun worshippers and scallywags. Men were sock-less in flip-flops. Women were in sleeveless blouses and shorts. You could almost reach out and touch the bliss.

It reminded me of that scene in Brubaker, the Robert Redford prison movie, when inmates kept inside for months finally stepped into the sunlight and Warden Redford gave each a pair of sunglasses.

Bike paths were filled with cyclists. Sidewalks were jammed with gawkers and walkers. A schoolyard was ringing with the familiar shouts of recess children.

In the west end, a man on his balcony played the bagpipes.

But by the weekend, much of the country was hit by a polar vortex.

In these times, it seems, nothing good lasts for very long.

Reading is a huge component of confinement. People turn to books to relax, to divert attention from the outside world and perhaps to learn something about themselves. It has been reported that people are finding solace in War and Peace. I've tried it several times. It didn't take.

My pandemic reading is anemic. Not much to report. So far I have read: Blindness by José Saramago; High Heroic, a novel about Michael Collins; essays by Murray Kempton and Christopher Hitchens; Judas by Amos Oz; short stories by Elizabeth Bowen.

I'm waiting to read The King's Commoner, a biography of Cardinal Wolsey; A Time to Be Born, a novel by Dawn Powell; and Days Without End, a Civil War novel by Sebastian Barry.

I firmly decided at the beginning of the isolation that I would read all of Shakespeare.

I began with Hamlet, Act One, Scene One.

I got all the way to Act Two, Scene One.